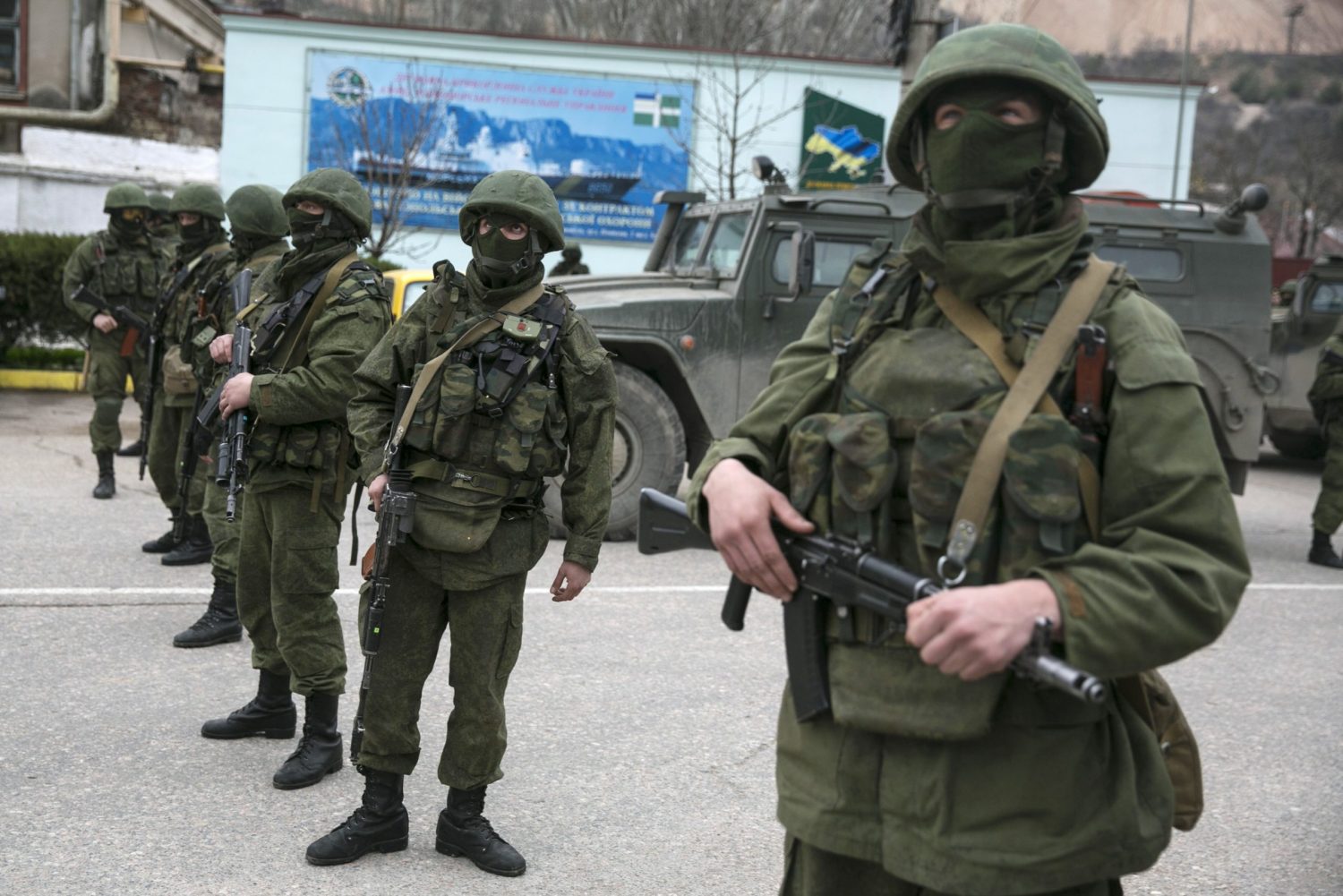 Six years ago this week, a war began in Eastern Europe that has challenged our basic understanding of international aggression. Vladimir Putin’s attack on Ukraine has often been called a hybrid war due to Moscow’s reliance on a confusing cocktail of unmarked troops, local proxies, and blanket disinformation. The Kremlin has been careful to stop short of the conventional threshold for international aggression, but this has not diminished the global security implications of the conflict. Quite the opposite, in fact.

The Russian takeover of Crimea in February 2014 was not just a tragedy for Ukraine; it was a watershed moment for the entire post-WWII international order. Since annexing Crimea, Putin has launched an invasion of eastern Ukraine that has cost over 13,000 lives and displaced millions. He has dramatically escalated the carnage in Syria, deployed non-state forces everywhere from Venezuela and Libya to Sudan and the Central African Republic, and sanctioned a wave of political assassinations across Europe. Meanwhile, Russian disinformation campaigns, cyber attacks, and election meddling have become everyday facts of life.

Despite the obvious and mounting costs of failing to confront Putin in Crimea, some world leaders remain in denial. They talk of the need to improve relations with Russia and advocate compromise over confrontation, even if this means treating Putin’s imperial ambitions as legitimate grievances. This approach has produced little of value. After six years of escalating international insecurity, it is now time to abandon attractive illusions and acknowledge that appeasement only encourages further Russian aggression.

We have been here before. Europe’s previous attempts to appease a revisionist power with expansionist ambitions were similarly well-meaning, but they nevertheless resulted in WWII. Like Putin, Hitler also rejected the international order of the day and sought to create new realities on the ground through an audacious foreign policy linked to support for ethnic comrades left stranded abroad by post-war borders. When the Anschluss with Austria went ahead unopposed in March 1938, Hitler laid claim to the Sudetenland in neighboring Czechoslovakia. This led to the Munich Agreement, which has come to be recognized as the ultimate symbol of appeasement. Within a matter of months, Czechoslovakia had ceased to exist and a new world war was underway.

Comparisons with the 1930s are not entirely accurate. Unlike the abandoned Czechoslovakians, Ukraine refused to surrender in 2014 and has been opposing Russian aggression militarily for the past six years. Nor has there been any international attempt to legitimize the Russian annexation of Crimea as happened with the Sudetenland in Munich. On the contrary, the international community has imposed sanctions on Russia that have inflicted genuine economic damage, and has also introduced a number of symbolic measures to demonstrate its disapproval. However, there are growing indications that the resolve to maintain even these modest measures is now weakening.

Since taking office in early 2017, US President Donald Trump has been famously reluctant to criticize Putin. Recently, he has reiterated his hope that Ukraine can “make a deal” with Moscow. Meanwhile, French President Emmanuel Macron continues to champion a comprehensive reset with Russia while seemingly expecting little in return. Macron is not alone in this regard. He was only one of many leading European politicians to support Russia’s unconditional return to the Parliamentary Assembly of the Council of Europe (PACE) in summer 2019, despite Moscow’s refusal to address any of the issues that first led to Russia’s exclusion in 2014.

The trend continued at the Munich Security Conference in February 2020. Dubbed the “Davos for diplomats” and seen as the biggest event on the global security calendar, this year’s Conference was marked by the high-profile appearance of a Kremlin-friendly 12-point plan towards peace in Ukraine that more closely resembled a roadmap for the country’s surrender. The twelfth and final point of this plan, which called for Russian involvement in the search for a new Ukrainian national identity, underlined the dangerous absurdity of the document. To many in Ukraine, it was also a further sign of the mounting appetite for a return to business as usual with Russia, even if this means sacrificing Ukrainian sovereignty and ignoring some of the most basic principles of international law.

There is much more at stake here than Ukraine’s continued existence as an independent nation. Efforts to appease Russia are undermining the entire basis of the modern world order. Instead of equal justice for all nations regardless of size, we risk returning to a world where might is right and powerful nations are able to dominate smaller countries at will. If left unchecked, the rise of lawlessness in international affairs will have all manner of disastrous consequences in areas ranging from global trade to nuclear non-proliferation.

To prevent this scenario from unfolding further, the international order must be defended in Ukraine, where the breach first occurred. This defense should include a significant tightening of sanctions against Russia until the Kremlin begins to demonstrate changes in its behavior. At the same time, the international community should strengthen its support for the Ukrainian military. This combination of rising costs and growing deterrence would send a signal of strength to Moscow while stopping short of provoking a wider conflict. As things stand, the mixed messages currently reaching Russia are all but guaranteed to encourage further adventurism.

There is no excuse for today’s politicians to repeat the mistakes of the past, regardless of their good intentions. History has already taught us that appeasement of an aggressor simply does not work. If the lesson of the 1930s was insufficient, we now have the additional example of the past six years to refresh memories. Vladimir Putin has demonstrated again and again that he believes power is more important than principles. It is up to the international community to prove him wrong. Failure to do so will have dire consequences for global security in the decades to come.

Image: Russian troops without identifying insignia pictured in early 2014 during the seizure of Ukraine's Crimean peninsula. Over the past seven years, Russian-occupied Crimea has witnessed a dramatic rise in human rights abuses. (REUTERS/Baz Ratner)