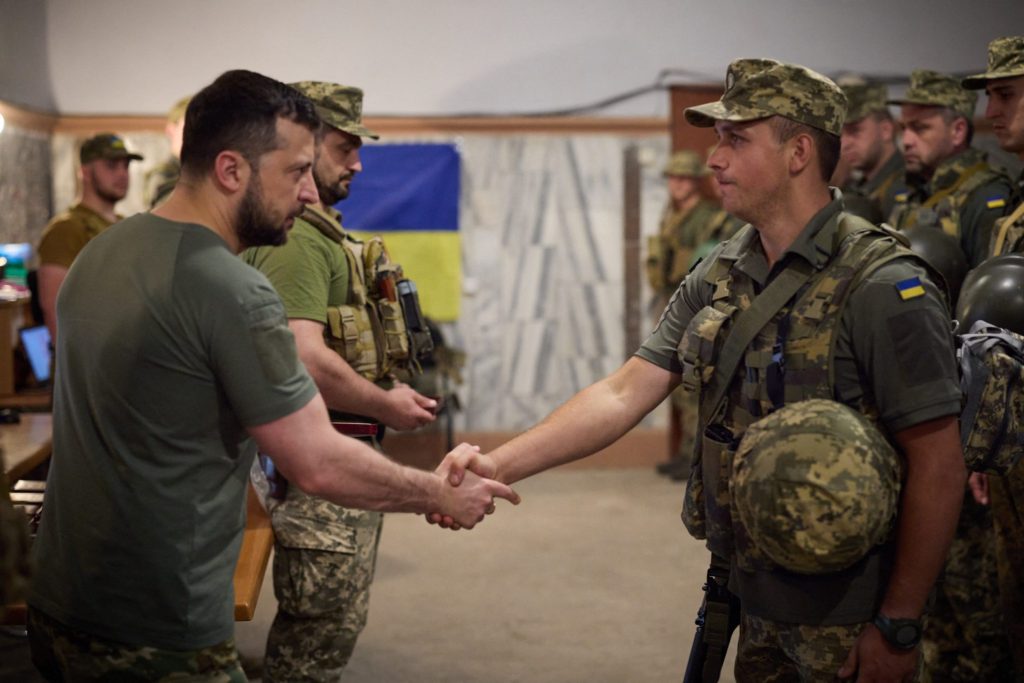 As Ukraine struggles to defend its sovereignty and retake Russian-occupied territory, modern weapon systems supplied by Western powers are badly needed but reorganizing Ukrainian ground forces is just as important.

Ukraine began the war with some 38 maneuver (infantry and tank) brigades and nine artillery brigades, organized on the Russian model. Each brigade numbers around 4000 soldiers commanded by a colonel. Unlike Western armies, Ukraine does not use the higher-level division and corps structures common to NATO, relying instead on “regional” commands. These lack true battle staffs that can integrate airspace, deep fires, logistics, intelligence, and higher-level command and control.

The current organization suffers from span-of-control problems and prevents Ukraine from conducting large-scale offensive operations. A better approach is to convert the regional commands into true corps headquarters commanded by a three-star lieutenant general with trained battle staffs, and to introduce divisions commanded by a two-star major general as an intermediate echelon of command. Both should include support formations (artillery, air defense, aviation, engineer, signal, logistics, intelligence, medical, and reconnaissance units) that are crucial to success in modern warfare. Standing up these structures in wartime will be challenging, but they could be fielded by 2023 with the right support.

This move would result in the creation of four regionally-oriented corps with anywhere from two-three divisions (including territorial defense forces) based on the terrain and threat. To transition to the offense and counter-attack, Ukraine also requires a fifth corps in general reserve composed of at least three tank and mechanized divisions. This would serve as an “armored fist” led by its most accomplished and successful commanders to conduct decisive operations to drive the Russian army from Ukrainian territory. To coordinate these corps, Ukraine should establish a four-star field army headquarters, to be led by the Commander, Ukrainian Ground Forces.

Many of the building blocks of these formations already exist in current force structure and standing headquarters, which need only to be converted or augmented for battlefield use. These staffs need not be particularly large as US and NATO staffs tend to be, and key staff positions can be filled at least partially by officers not available for front line service due to wounds or age.

Women are already present in the Ukrainian Armed Forces in large numbers and can play a key role here as well. Using a cadre of staff officers who have already received Western training at staff and war colleges, and with support from NATO and the EU, these staffs could be formed by the end of 2022 and could theoretically be mission-ready by late spring of 2023.

As the war drags on with no end in sight, Ukraine faces an urgent need to replace losses on the battlefield with fresh recruits. Unlike Russia, Ukraine can draw on virtually its entire manpower pool in this national emergency. Commanders will be tempted to throw partially trained soldiers as individual replacements into the fight, an urge which must be resisted if Ukraine is to field combat capable forces.

A better approach is to withdraw damaged units temporarily for rest and reinforcement by fully trained replacements, who can then be “shown the ropes” by veterans in cohesive units. Units need not be manned at full peacetime strength as long as key weapons and combat vehicles are manned. Here, the selection and training of junior leaders, namely NCOs, lieutenants, and captains, is of paramount importance. The best should be assigned to combat units where the demands and complexities of the battlefield are highest.

More generally, careful use of human resources can maximize the performance of Ukrainian forces in the field. Initial reporting suggests problems here. Some recently retired officers are manning checkpoints, while at least one Sandhurst graduate was posted to the territorial forces. By carefully combing the civilian workforce, Ukraine can identify recruits with skills that translate into military specialties while taking care to preserve essential sectors of the economy and civil service. Here, performance in the field must be the key criterion for rapid advancement. Commanders who have proven themselves on the battlefield must be identified and promoted without regard to seniority and placed where they can provide decisive results.

All of this requires institutional support and infrastructure to recruit, train, equip, and sustain forces in the field. Ukraine must also develop the capacity of the country’s defense industry to manufacture, repair, and replace combat systems and to produce the ammunition, spare parts, and other classes of supply that are essential for the war effort.

Building up these capabilities while at war will be difficult, particularly when Russian ballistic and cruise missiles regularly target industrial plants in rear areas. Reform of chaotic bureaucratic practices and increased efficiencies in production and distribution is also needed. Foreign assistance can be helpful here, but internal defense reform must be Ukrainian-led.

The effort to reorganize in the midst of an ongoing war will be wrenching. Nevertheless, it is necessary if Ukraine is to wrest back its national territory. One advantage is the crisis itself. After all, nothing removes obstacles or focuses action quite like an existential threat.

Time and again, Ukraine has shown it can adapt and transform under great pressure and stress. Reorganizing the Ukrainian military is no different. By following this road map, Ukraine can posture for success next year and end the conflict. This will ensure Ukraine’s own survival and will restore peace in Europe.

Richard D. Hooker Jr. is a nonresident senior fellow with the Atlantic Council. He previously served as Dean of the NATO Defense College and as Special Assistant to the US President and Senior Director for Europe and Russia with the National Security Council.

Image: Ukrainian President Volodymyr Zelenskyy visits the frontlines in the Dnipropetrovsk region near Kryvyi Rih on July 8, 2022. (Photo via ABACAPRESS.COM)