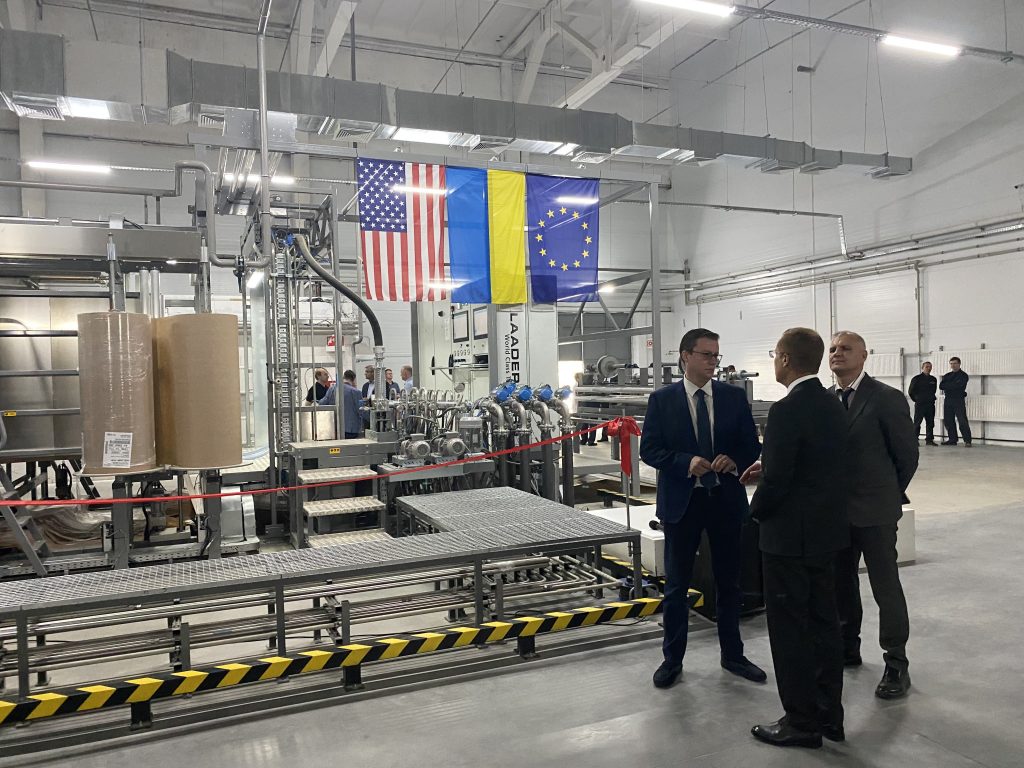 In recent years, Ukraine has gained considerable international attention as an increasingly important player in the global IT and fintech industries. This recognition is hardly surprising given the impressive domestic growth of the Ukrainian tech sector.

In 2020, Ukraine’s annual IT exports topped USD 5 billion for the first time. The country’s IT sector currently employs over 200,000 people, with rapid expansion creating a new class of upwardly mobile and comparatively well paid young tech professionals in most major Ukrainian cities. The industry has consistently posted double digit annual growth throughout the past two decades and is on track to contribute 10% of Ukrainian GDP within the coming few years.

This IT success story is due to a combination of factors including Ukrainian talent, a strong education system, creative vision, and a regulatory framework designed to enhance growth. The time has come to repeat this success in the manufacturing sector.

During the first half of 2021, manufacturing accounted for 11.7% of Ukrainian GDP, the highest share for the past three years. Ukrainian manufacturers already work with a wide range of leading international brands including the likes of Porsche, IKEA, Heinz, Nestle, Bentley, and Unilever.

Ukraine has many of the attributes necessary to become a major international manufacturing hub. Advantages include a favorable geographical location close to European and Middle Eastern markets, entrepreneurial and highly educated human capital, and competitive costs.

However, until recently, Ukraine lacked a number of key components needed to build on its obvious manufacturing potential. Crucially, there was no clear vision for the development of the manufacturing sector or appropriate regulatory basis for growth.

This is now changing. A presidential initiative providing state support for investment in the manufacturing sector offers great potential. Meanwhile, a range of additional measures such as incentives for companies setting up production facilities and efforts to advance judicial reform represent positive and long overdue signals for Ukrainian and international investors.

Much more is still required before Ukraine can catch up with its European Union neighbors and join the club of developed economies.

In order to boost the evolution the Ukrainian manufacturing sector, the country must make meaningful rule of law progress. It is important that Ukraine streamline the functioning of the tax and customs authorities along with a host of other government agencies. The authorities must also ensure the effective functioning of the country’s transport and logistics system, while guaranteeing a level playing field between state and private enterprises. Nevertheless, Ukraine is clearly now moving in the right direction.

Commonly known as the “Investment Nanny” law, a presidential initiative passed in February 2021 provides a number of significant incentives for potential investment into the Ukrainian manufacturing sector. For example, state support worth up to 30% of investments is available for projects involving more than EUR 20 million over a five-year period.

The Ukrainian government’s investment promotion office, UkraineInvest, is the designated support office for investors within the framework on this law. We are currently assessing 27 preliminary enquiries from Ukrainian investors as well as companies from Mexico, Turkey, Lithuania, Poland, Ireland and other countries with a total value of around USD 2 billion.

More than 70% of these projects focus on the manufacturing sector. By the end of 2021, we plan to submit formal applications for investments totaling between USD 300 million and USD 500 million to Ukraine’s Economy Ministry for review.

Recent amendments to Ukrainian legislation governing industrial parks present another step forward for the manufacturing sector. These amendments provide for a variety of incentives including financing support and ten-year corporate tax and equipment customs duty relief.

In line with recent legislative changes, the Ukrainian authorities will allocate at least USD 370 million over the coming five years to finance or reimburse the construction of engineering grids and infrastructure for industrial parks.

In order to shed more light on the expanding manufacturing opportunities that are opening up in today’s Ukraine, UkraineInvest has recently launched the MAKE in UA program to be implemented in partnership with Ukrainian regions and international partners.

This new initiative offers insights into Ukraine’s position in relation to key themes and trends in the manufacturing sector such as nearshoring and supply chain disruption, rising costs of global logistics, and changing geopolitical alignments. According to the Savills Nearshoring Index, Ukraine currently ranks second among forty featured countries in terms of its competitiveness as a destination country.

The MAKE in UA program seeks to help develop Ukrainian manufacturing by supporting targeted investments. The program identifies cooperation opportunities in Ukraine for partner countries that could help them fulfil untapped export potential.

According to market analysis, the US alone has the potential to export additional goods to the region within a 2000-mile range of Ukraine worth USD 190 billion per year. Ukraine could serve as an effective base for sectors including agricultural processing, metalworking, furniture manufacturing, pharmaceuticals, and automotive production lines.

Based on preliminary assessments, US companies could cover up to 10% of untapped export potential by locating plants in Ukraine. This would be a win-win for both countries and just one example of Ukraine’s potential as a manufacturing hub.

Moscow has long cultivated the myth of eastern Ukraine as an indivisible part of Russia’s ancestral heartlands but in reality the region has a surprisingly cosmopolitan past that makes a mockery of Kremlin propaganda claims.