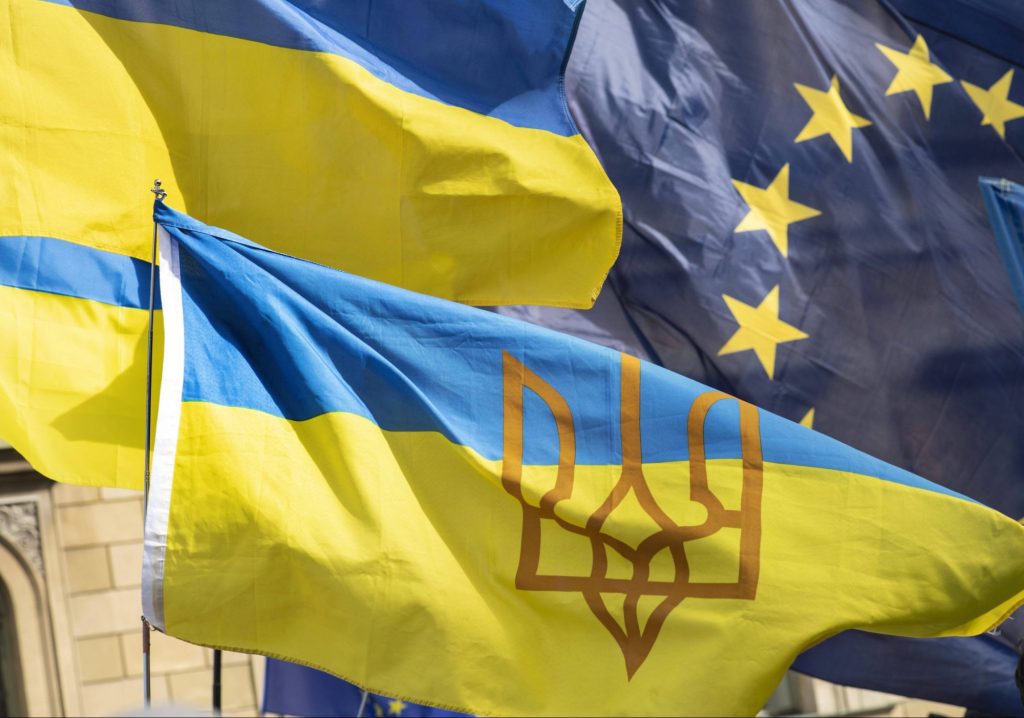 Ukraine has more than doubled the volume of cheap electricity it can export to EU markets as the country continues to advance its European energy integration despite Russia’s ongoing invasion. The July 30 expansion of export capacity is likely to prove particularly welcome as consumers in neighboring EU countries struggle with record high prices. Ukraine’s interconnection capacity with Romania and Slovakia rose from 100 megawatts (MW) to 250MW at the end of July, with this expanded capacity equally split between the two EU member states.

With 6.5 million Ukrainian electricity consumers cut off since the start of the Russian invasion in February 2022, Ukraine is working hard to increase the country’s cooperation with the European energy sector. Ukrainian officials aim to achieve a tenfold increase in commercial export capacity by the beginning of next year. This has been made possible by the synchronization of Ukraine’s electricity grid with the European Network of Transmission System Operators for Electricity (ENTSO-E), which took place against all odds and months ahead of schedule in the early days of the war.

Central and Eastern European consumers may start to notice a decrease in their bills before the end of the year thanks to cheap imports of Ukrainian electricity. Due to the economic fallout of the war with Russia, Ukrainian electricity spot prices are now a fraction of those in neighboring markets. For example, the electricity spot price in Ukraine on July 30 was EUR 71.00/MWh, while the Romanian equivalent was EUR 494/MWh.

The impact of cheap Ukrainian electricity on European markets will not be felt immediately because the interconnection capacity is still small. However, once the capacity to neighboring ENTSO-E countries Hungary, Romania and Slovakia increases to 1.5 gigawatts (GW), and with an increase to 1GW on a separate isolated line to Poland also planned, the effect may become more apparent as early as this winter.

For Ukraine itself, expanding ENTSO-E interconnection capacity is a real lifeline that can help to keep domestic power producers afloat. If price differences remain at current levels in August, Ukrainian companies selling to Romania could make a profit of EUR 40 million. Exports to Slovakia would likely prove just as rewarding. At similar price spreads, Ukrainian companies could earn as much as EUR 9.5 billion per year if the interconnection capacity with neighboring Hungary, Poland, Romania and Slovakia increases to 2.5GW from 2023.

These calculations are not yet exact and exclude many potential costs. Nevertheless, the benefits are likely to be significant and underline the importance of Ukraine’s integration in the European market.

Crucially, by increasing commercial export capacity to 2.5GW and allowing Ukrainian companies to sell volumes abroad, Europe could also save five billion cubic meters in natural gas for electricity generation annually which it would otherwise have had to import from Russia. This in itself is a major gain at a time when Europe is scrambling to reduce its dependence on Russian gas to a bare minimum.

Looking ahead to the post-war period, it is possible that once efforts to rebuild Ukraine begin in earnest, Ukrainian energy demand may soar. This would create the need for increased electricity production to power the Ukrainian economy. Thanks to bidirectional interconnection lines, flows could be reversed to allow Ukrainian companies to import volumes from neighboring countries. The effect of growing Ukrainian energy demand could therefore ripple through the region, providing an opportunity for electricity producers to increase and diversify output.

Beyond these obvious advantages, there are also some valuable additional benefits from Ukraine’s European energy integration that are reviving areas of activity hit by the war. For example, the Ukrainian energy exchange, UEEX, is now considering rekindling trading liquidity on its platforms to help companies sell electricity for export.

Trading activity on UEEX platforms has been close to a standstill for the last six months. However, the bourse now sees opportunities in offering up its platforms for trading so any sales of electricity for exports can be done in a transparent and accountable manner. Furthermore, UEEX is also in talks with neighboring exchanges such as Romania’s BRM to couple their forward electricity markets. If agreement can be reached, this would further deepen Ukraine’s integration with European markets.

Ukraine has recently made other important steps toward closer cooperation with European and global energy structures such as joining the International Energy Agency (IEA) as an associate country in mid-July. This new IEA status will allow Ukraine to work with fellow IEA members and associates to develop policies guiding the future of global energy markets.

At present, the Ukrainian energy sector’s most promising integration opportunities remain in the European electricity market. Ukraine took the remarkably bold decision to unplug itself from the Russian grid and synchronize with the European grid during the first days of Vladimir Putin’s invasion. This ambitious pivot toward European electricity markets reflects Ukraine’s wider efforts to cut ties with Russia and pursue a European future. Kyiv is hoping that successful electricity market integration will now set the stage for the country’s broader transformation while also providing an economic boost that will help Ukraine in its current fight for freedom.

Russian gas attack: Europe must not give in to Putin’s energy blackmail

The CEO of Ukrainian energy giant Naftogaz has told European leaders to prepare for a complete Russian gas cut off and warned that any concessions to the Kremlin will only serve to encourage further energy blackmail.