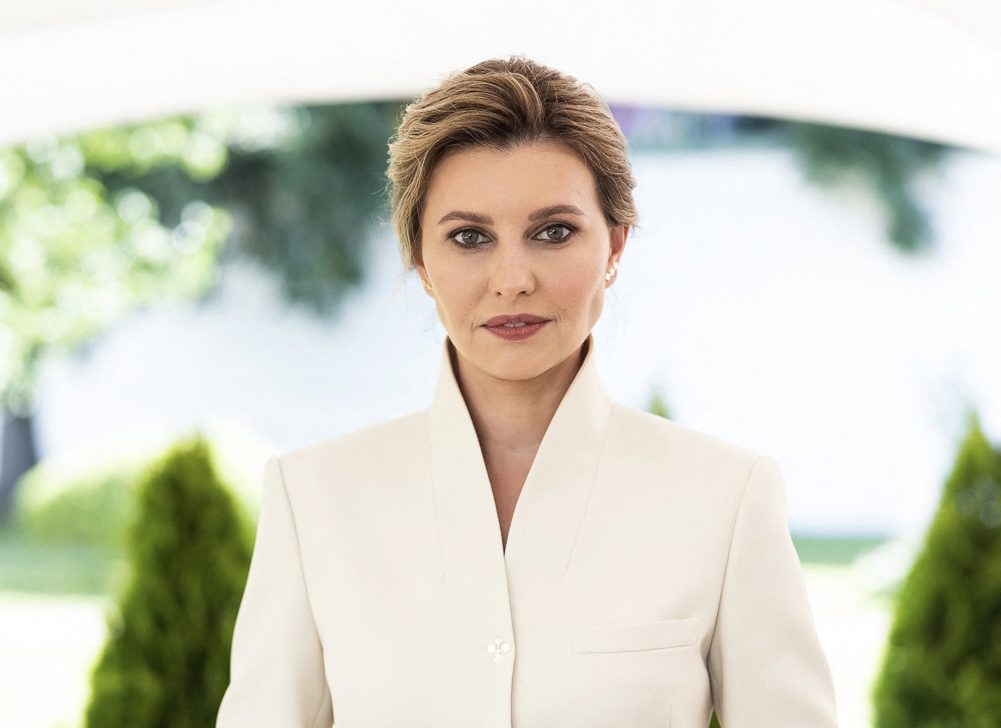 Ukraine’s First Lady Olena Zelenska spent the early months of the Russian invasion far away from the limelight. She is now making up for lost time and has recently embarked on a high-profile US visit before hosting an international summit in Kyiv. While these initiatives have generated considerable publicity, Zelenska’s most eye-catching appearance has been in a photo shoot for Vogue magazine.

Zelenska’s Vogue portraits were taken by legendary photographer Annie Leibovitz, with the First Lady captured alone and together with her husband, Ukrainian President Volodymyr Zelenskyy. Leibovitz’s photos of Ukraine’s presidential couple are instantly iconic and have proved a viral sensation on social media. Zelenska’s appearance in Vogue has also sparked controversy, with some critics branding the decision tone-deaf at a time when the entire Ukrainian nation is fighting for survival.

Predictably, much of this criticism has come from Russia itself and from pro-Kremlin voices in the West, with numerous commentators pointing to Zelenska’s Vogue appearance as evidence that the scale of the war in Ukraine has been somehow exaggerated. Nor has the backlash been limited to Ukraine’s geopolitical adversaries. Many Ukrainians have also voiced their unease over the images, with some accusing their country’s First Lady of engaging in inappropriate PR.

These negative responses to Zelenska’s Vogue interview are understandable but short-sighted. Crucially, they fail to recognize the importance of keeping Ukraine in the international headlines and misunderstand the nature of Olena Zelenska’s role as the First Lady of a country that finds itself at war with a superpower. An attention-grabbing photo shoot with a global media brand is a smart move by Zelenska that plays to Ukraine’s strengths and enhances the country’s ability to punch well above its weight in the information war against Russia. At a time when scenes of death and destruction in Ukraine have lost the power to shock, she offers a compelling personal perspective that brings home the reality of the war to outside observers.

The battle for global opinion is one of the most important fronts in the Russo-Ukrainian War. Ukraine’s ability to defend itself depends heavily on the continued flow of Western arms and money, which in turn can only be assured as long as public opinion throughout the democratic world remains firmly on Ukraine’s side. This cannot be taken for granted.

With Russia’s invasion now in its sixth month, a degree of Ukraine fatigue has already begun to set in and international media coverage of the war has noticeably declined. As attention turns elsewhere, Western leaders will find it more and more challenging to prioritize support for Ukraine or enforce sanctions measures that call for sacrifices from their own electorates.

Russia is well aware of this and is actively working on the information front to undermine Western resolve. Moscow’s clumsy initial efforts to portray the invasion as an anti-Nazi crusade have now been largely abandoned in favor of a subtler narrative that highlights the supposed futility of arming Ukraine while stressing the need to end the fighting. The Kremlin hopes this seemingly sensible message will resonate with jaded Western audiences and lead to mounting pressure on Kyiv to accept a compromise peace.

The consequences for Ukraine could be calamitous. Ukrainians are well aware that any ceasefire at this point would allow the Kremlin to consolidate its grip over regions in the south and east of the country that have been occupied since February 2022, while also potentially paving the way for the next stage of Russia’s campaign to extinguish Ukrainian statehood. This is why it is so important to keep the invasion in the news and underline the maximalist nature of Russia’s war aims. Zelenska’s Vogue appearance succeeded on both counts.

Even the most vocal of critics would have to concede that the Ukrainian First Lady’s Vogue portraits have attracted a lot of attention. This was achieved without resorting to sensationalism. On the contrary, Annie Leibovitz’s images are stunning yet authentic, capturing the emotional bond between Zelenska and her husband in a manner that also reflects the gravity of the circumstances and the life-changing experiences of the past five months.

Perhaps the most striking image of all features Zelenska seated alone on some steps inside an anonymous government building against a backdrop of sandbags that serves as a jarring reminder of the war. With elbows resting on knees, She stares straight ahead into the camera with an unaffected intensity that suggests both strength and exhaustion. It is a superb portrait that goes beyond traditional war reporting in its ability to communicate Ukraine’s deep trauma and the country’s remarkable resilience.

Zelenska is undeniably photogenic but her recent public appearances have allowed her to demonstrate that she is much more than just a pretty face. The Ukrainian First Lady clearly has much to say and uses her Vogue interview effectively to put the horrors of the Russian invasion into a relatable human context. “The first weeks after the war broke out we were just shocked,” she recounts at one point. “After Bucha we understood it was a war intended to exterminate us all. A war of extermination.”

As a wife and mother who has never courted publicity and famously preferred to remain backstage during her husband’s showbiz career, Zelenska enjoys a degree of authenticity that few politicians can match. This makes it possible for her to reach audiences that would be unlikely to engage with more traditional political messaging. She is now taking full advantage of this credibility to share Ukraine’s story with the outside world.

Ukraine is hopelessly outgunned on the information front and cannot hope to match Russia’s resources. But while the Kremlin can count on multi-billion dollar budgets along with extensive networks of contacts and sympathizers throughout the ranks of the Western establishment, Ukraine has the priceless advantage of truth on its side. The key task now facing Kyiv is to keep Ukraine in the global spotlight and continue communicating with as wide an audience as possible.

If Ukraine can maintain current levels of public engagement and support, the country has a good chance of achieving an historic victory over Russia. In the potentially decisive battle to shape international opinion, First Lady Olena Zelenska may well be Ukraine’s secret weapon.

Image: Ukrainian First Lady Olena Zelenska attends the Second Summit of First Ladies and Gentlemen "Ukraine and the World: The Future We (Re)build Together", in Kyiv, capital of Ukraine, on July 23, 2022. (Photo by Ukrainian Presidency via ABACAPRESS.COM)