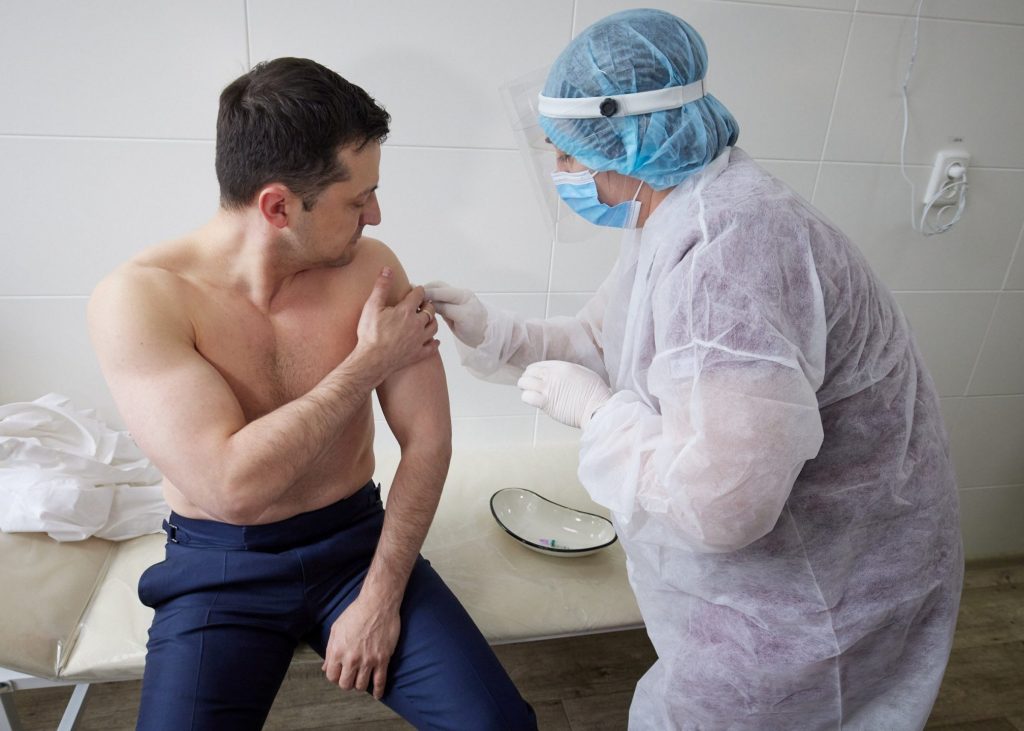 As Ukraine entered April 2021, the country was in its third lockdown phase since the Covid 19 pandemic began in spring 2020, and its second lockdown in the space of just three months. To date, at least 35,000 Ukrainians have died as a result of the pandemic. In comparison, the ongoing armed conflict sparked by Russia’s 2014 occupation of Crimea and the Donbas region in eastern Ukraine has led to around 14,000 deaths.

Unfortunately for Ukraine, neither the war with Russia nor the pandemic is finished. In both cases, the casualties will only continue to increase. Worse yet, the Ukrainian government’s response to coronavirus has been a textbook example of failed crisis management.

Medical protocol stipulates that there are three ways to fight pandemics. The first is to cure those infected. Unfortunately, there is still no cure for Covid, and countries around the world have struggled to find treatments that are effective in reducing symptoms.

The second way is by cutting the chains of contact with the disease. More specifically, that translates into lockdown measures, which has been Ukraine’s strategy so far. However, when cutting the chains, this also includes tracking and tracing, components which Ukraine has not effectively utilized.

As the more contagious British strand of the virus spreads through Ukraine, hospitals are already at near capacity and the death toll is surging. For example, there were 18,533 Covid-related deaths in Ukraine in 2020. In just the first quarter of 2021, there have already been 14,713 deaths. This indicates that lockdown conditions have been too lax and have come too late.

The third way to fight a pandemic is through mass vaccination so that a country achieves herd immunity. While the likes of Israel, the United States, and United Kingdom are rapidly vaccinating their citizens, Ukraine has made virtually no progress.

In the first quarter of 2021, a mere 232,000 Ukrainians received a first dose of the Covid vaccine. In comparison, the African nation of Rwanda, with less than one-third of Ukraine’s population, has already given a first doses to 349,000 citizens. Even rural Mongolia, with a population the size of Ukraine’s Dnipropetrovsk Oblast (3.3 million) has already provided first dose vaccinations to 290,000 people.

Why does Ukraine have such dismal vaccination numbers despite facing an increasingly lethal Covid crisis?

There are three main reasons. The first is the country’s Soviet legacy. Suspicion of vaccines was a Soviet staple which is still prevalent in Ukraine, particularly among the older population, which is ironically the most vulnerable to infection and death from Covid.

The second reason for low vaccination rates in Ukraine is disinformation spread via traditional and social media. This disinformation is being pushed primarily by Russian and Kremlin-friendly sources, a trend which was also identified last month by the US State Department.

A March 2021 survey by Research and Branding showed that 60 percent of Ukrainians would not get vaccinated even if it was provided free of charge. Alarmingly, this represented a sharp increase from the February figure of 40 percent.

In the same poll, respondents cited a fear of negative side effects (41%) and distrust of all available vaccines (33%) as the main reasons for their skepticism. One in ten believed that the Covid vaccine is a form of experimentation on humans. Clearly, the arguments put forward by modern medicine are not prevailing in Ukraine. Instead, urban legends and internet myths abound.

The third reason for Ukraine’s poor vaccination results is the failed leadership of the current government and Ministry of Health led by Maksym Stepanov. The government’s January 2021 agreement for 1.9 million Chinese Sinovac vaccines was hardly a confidence builder with the Ukrainian public. Buying vaccines from the country where the virus originated, combined with common perceptions of Chinese products being subpar, was less than persuasive for many Ukrainians. A subsequent attempt to obtain Indian-produced Astra Zeneca CovidShield vaccines was also met with skepticism by the Ukrainian public.

This lack of confidence in the government’s proposed vaccines should not surprise. In a country where vaccinations have historically often been treated with suspicion, offering vaccines perceived to be cheap rather than effective is a guaranteed recipe for failure.

President Zelenskyy’s April 6 announcement that 10 million vaccines from Pfizer have been contracted was greeted enthusiastically by many, as Pfizer is widely regarded as one of the most reliable vaccines. However, even this potential breakthrough will only cover a relatively small portion of the Ukrainian population, and its arrival date is still uncertain.

While other countries in Europe move towards majority vaccination levels and the gradual relaxation of lockdown restrictions, Ukraine currently looks to be facing many more months of Covid disruption. What could have done differently?

How was this remarkable result achieved?

From the beginning, procurement was prioritized to secure sufficient supplies for both routine and catch-up vaccinations. Outdated regulations regarding vaccination locations were scrapped to make access easier. Fake vaccination certificates in circulation were “forgiven” to encourage everyone to get vaccinated without fear of penalty.

Meanwhile, special operations in problematic regions of the country were organized to contact both teachers and parents and educate them about the importance of vaccination. In addition, Ukrainian vaccine specialists were trained together with UNICEF.

Most critically of all, the measles vaccination push benefited from political will, accountability, and a results-oriented strategy, which was enforced by Ukraine’s then-Health Minister, Dr. Ulana Suprun. Suprun’s determination to solve problems contrasts sharply with the current feeble leadership of the Ministry of Health. If there was ever a time when the saying, “Lead, follow, or get out of the way,” applied to the country’s Ministry of Health, it is surely now.

Brian Mefford is the Director of Wooden Horse Strategies, LLC, a governmental-relations and strategic communications firm based in Kyiv. He is a Senior Nonresident Fellow at the Atlantic Council.

The unique challenges of the Covid crisis have helped to accelerate Ukraine’s digital revolution, says the country’s Minister of Digital Transformation Mykhailo Fedorov.