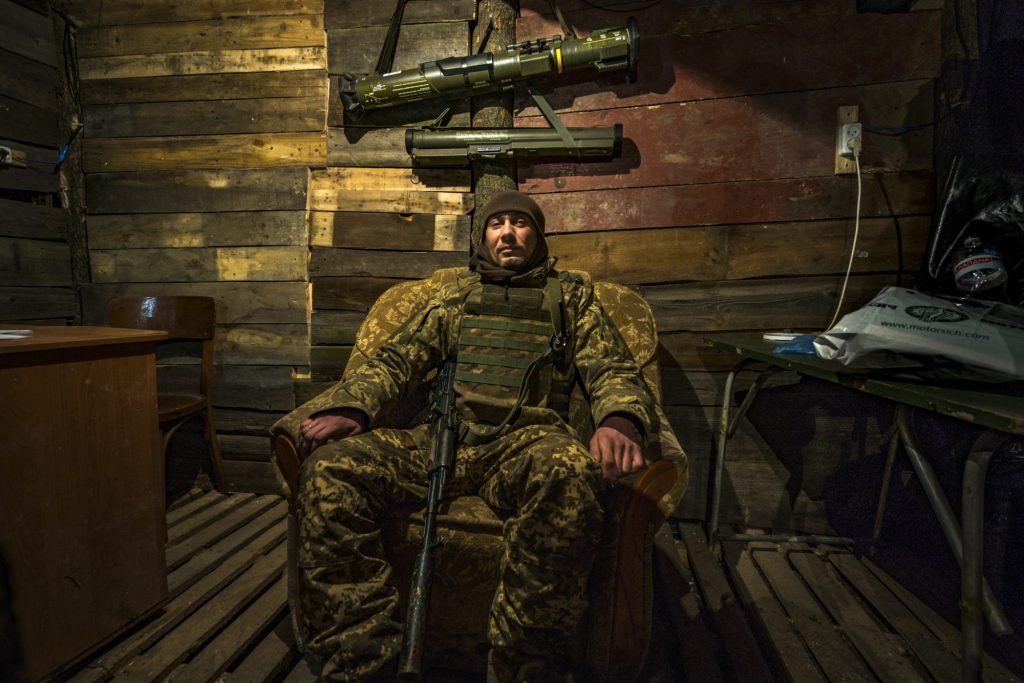 The big lesson of 2022 is that failure to counter international aggression inevitably leads to further aggression. Russia’s full-scale invasion of Ukraine is widely recognized as Europe’s largest armed conflict since World War II, but it did not appear out of thin air. On the contrary, the international community’s failure to punish Vladimir Putin for earlier invasions of Georgia, Crimea, and eastern Ukraine fueled a sense of impunity that set the stage for the horrors of the current war.

In the coming year, this slow but steady erosion of the post-Cold War global security system must be brought to a halt. Unless Russia is decisively defeated in 2023, the crisis will escalate further and reach new levels. It should now be obvious to all but the willfully blind that talk of compromise with the Kremlin only serves to encourage further Russian aggression. Instead, the West must speak to Putin in the only language he understands: the language of strength.

Defeating Russia will not be easy. Putin has already burned his bridges with the Western world and has made it perfectly clear that he is prepared to go to almost any lengths in order to achieve his goal of destroying the Ukrainian state. Western leaders need to demonstrate similar resolve if they wish to avoid the rise of aggressive authoritarianism and prevent the world from descending into a dangerous new era of international instability.

The West must accept that victory will not come cheaply. Every month, Ukraine spends over $5 billion to finance the war effort and receives a similar amount from international partners to cover budget shortfalls and keep the country running. This help will be needed throughout the coming year. Indeed, it is entirely possible that even greater financial support will prove necessary. This will come with political risks for donor countries, who will need to explain why they are sending vast amounts of money to Ukraine. Western leaders must convince their electorates that defeating Putin is in their national interests.

The economic front promises to be particularly problematic during 2023 as the world moves toward a global recession. Many of Ukraine’s key partners are already facing inflation and rapidly rising energy bills. This is creating fertile ground for Russian propaganda campaigns. Winning the information war will be crucial in the months ahead.

The coming year will also bring enormous challenges in terms of weapons and ammunition. The sheer scale of the fighting in Ukraine is unlike anything seen since World War II and requires dramatic increases in production. Efforts to establish new manufacturing are now underway but there is not yet a coherent and coordinated long-term plan to keep Ukraine supplied. In addition to shells and bullets, Ukraine also needs to receive far greater quantities of armor along with more sophisticated missile and air defense systems. The Ukrainian military must be armed to win the war and not merely to defend itself.

Sanctions against Russia must be both tightened and expanded in 2023. The measures imposed over the past ten months have been unprecedented in scope, but Russia has proven adept at circumventing restrictions. The available economic data indicates that while Russia is hurting, the Russian economy is still in fairly good shape and is nowhere near the kind of collapse that could to prevent Moscow from waging wars of aggression. Stricter regulations and tougher implementation are required. Any countries found guilty of enabling Russia to bypass sanctions should also be subject to meaningful penalties.

The most important quality in 2023 will be unity. The Western world must remain united in its determination to defeat Russia and stop Putin. The Russian dictator believes time is on his side and is counting on individual Western countries tiring of their commitment to support Ukraine. He hopes this will allow him to achieve a victory at the negotiating table that he cannot secure on the battlefield. If the unity of the coalition in support of Ukraine crumbles and Putin is proved right, the stage will be set for more war.

The experience of the past year has demonstrated how interconnected today’s world is. Russia’s invasion of Ukraine may appear to be geographically limited to a single corner of Europe, but it has sent shock waves through the global economy while sparking international food and energy crises. This interconnectivity is also true of global politics. Other dictators are watching to see how the Russian invasion of Ukraine ends. If Putin is able to secure a compromise peace that allows him to maintain control over parts of Ukraine, we can expect to see similar wars of aggression elsewhere in the years ahead.

Ukrainians have no choice but to fight on for as long as it takes. We understand that without victory, our country will cease to exist. But the consequences of a Ukrainian defeat would not be confined to Ukraine alone. On the contrary, the outcome of Putin’s invasion will determine the geopolitical climate for decades to come.

As we approach the start of a new year, it is vital that Ukraine’s Western partners demonstrate a long-term commitment to victory over the Kremlin. This will require considerable financial and political capital, but it is a sensible strategic investment. Until Putin is stopped, the cost of defeating Russia will only rise.

Kira Rudik is leader of the Holos Party, member of the Ukrainian parliament, and Vice President of the Alliance of Liberals and Democrats for Europe (ALDE).

Image: A Ukrainian soldier takes a rest in his underground base after returning from the front lines in Zaporizhia region. (Photo by Celestino Arce/NurPhoto)