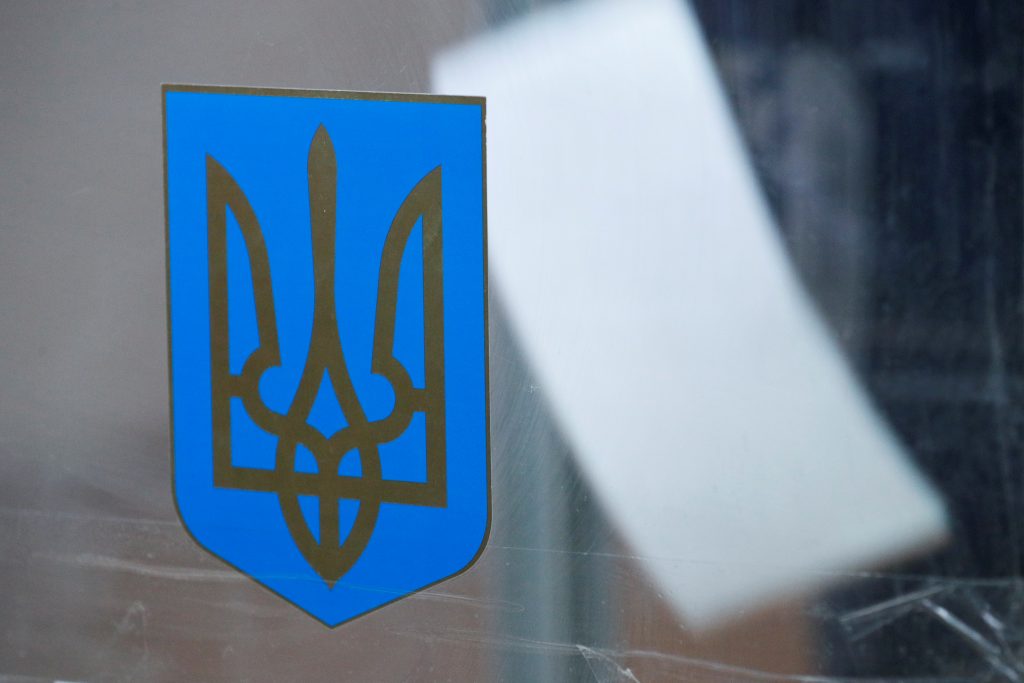 A year ago, Ukrainians went to the polls to vote for a new president in an election assessed by international and citizen observers alike as one of the country’s best ever. The April 2019 presidential vote facilitated a peaceful transfer of power through democratic institutions, and was followed by an equally highly rated parliamentary election three months later.

Looking back at the two national elections in 2019, along with the adoption of a long-awaited unified Election Code, Ukraine has good reason to celebrate these landmarks in the evolution of the country’s democratic traditions. However, with such a short time before local elections scheduled to take place in October, it is crucial that lawmakers continue the urgent, important work of correcting critical remaining flaws in the legal framework regulating Ukraine’s fledgling democracy.

Despite improvements adopted in December 2019, Ukraine’s election framework must be modernized further to bring it into line with international standards. Some provisions that were agreed upon during numerous consultations with experts and civil society last autumn were somehow left out by MPs during the final stages of the adoption process for the Election Code.

One major omission is that online and social media campaigning are completely unregulated in the new Election Code. In light of the COVID-19 pandemic, online campaigning might prove to be even more predominant in the next elections due to continued restrictions or safety measures. Ukrainians have a right to know what political parties and candidates are spending on campaigning, and this applies to online as well as offline electioneering.

The need to amend the Election Code is widely recognized by all of Ukraine’s parliamentary factions. The governing Servant of the People party has publicly announced its intention to update the code and has convened several meetings behind closed doors with other parliamentary factions precisely to address this topic. Rumors have begun spreading in the press about these negotiations and the nature of amendments, since systematic public consultations have yet to take place.

On April 13, the International Foundation for Electoral Systems (IFES) issued a joint statement together with the Organization for Security and Co-operation in Europe (OSCE) in Ukraine and Civil Network OPORA calling for the renewal of consultations on amending the election code. On April 17, IFES and Civil Network OPORA presented a roadmap for electoral, referendum and political finance reform.

With roughly six months left until local elections, it is high time to initiate public consultations on amending the legal framework. Lawmakers need to prioritize what is most important and most urgent. It is possible to identify a number of key areas. The Parliamentary Committee on State Building, Local-Self Government and Regional and Urban Planning must restart consultations on the election code with stakeholders. The election law working group will need to work fast. The good news is that Civil Network OPORA, IFES, and the Central Election Commission (CEC) have presented their priorities for electoral reform and are ready to engage expeditiously.

Lawmakers should not undo positive progress already made in the Election Code. Importantly, the 40 percent gender quota for party lists in elections to parliament, oblast councils and bigger cities should not be touched. It should be a priority to retain truly open party lists and not return to closed lists through any backdoor amendments. Adding reserved seats or raising the threshold for how many votes it takes for a candidate to move up the list are steps in the wrong direction. Voters should be given a real voice in deciding who gets elected through the ballot.

It is pivotal that Ukraine respects its international obligations and commitments, and provides for the possibility of independent (self-nominated) candidates in all its elections. Meanwhile, the electoral justice package is ready to be tabled and adopted into law. It is important that the National Police, prosecutors, and courts have better tools at their disposal to combat electoral violations with sanctions that are effective, proportionate, and dissuasive.

Ukraine’s incomplete decentralization reforms threaten to create uncertainty in local communities, especially if amalgamated and local elections are conducted on the same day. This calls for a comprehensive information campaign so voters know which council they are voting for and why. The problems of dual jurisdiction have to be sorted out, so voters will not vote for two local self-governance bodies with overlapping mandates or territories.

It is pivotal that the Ukrainian government stops sending mixed signals on whether or not local elections will be held on October 25, as required by the Ukrainian Constitution. Changes to the state budget approved on April 13, triggered by the need to step up efforts to combat the COVID-19 pandemic and its economic effects, have cut the Central Election Commission’s budget for local elections in half. The government should clearly state if it intends to find money elsewhere in order for local elections to proceed on October 25 as planned.

The local election timeline establishes tight deadlines to accomplish the priorities for legal reform indicated above. The clock is already ticking. Parliament will need to use the lock-down period for consultations. By mid-May at the latest, MPs must pass the agreed amendments into law. All Ukrainian actors, including election administrations, will need time to adjust to the new rules, and voters will need comprehensive information about how the system has changed. Time is running out for this to happen.

Civil society and experts remain eager to work with political forces and legislators in a nonpartisan fashion to advance the pace and scope of discussions on amending the local election framework to raise it to the highest standards of inclusion and transparency. While the current COVID-19 crisis presents obvious challenges to advancing the reform agenda, tools are available to proceed, as long as the political will proves equal to the task.

Harald Jepsen is a senior European electoral authority who is currently seconded by the Danish government to the International Foundation for Electoral Systems (IFES) in Ukraine where his research stems from democratic assistance efforts supported by the United States Agency for International Development, UK aid and Global Affairs Canada.