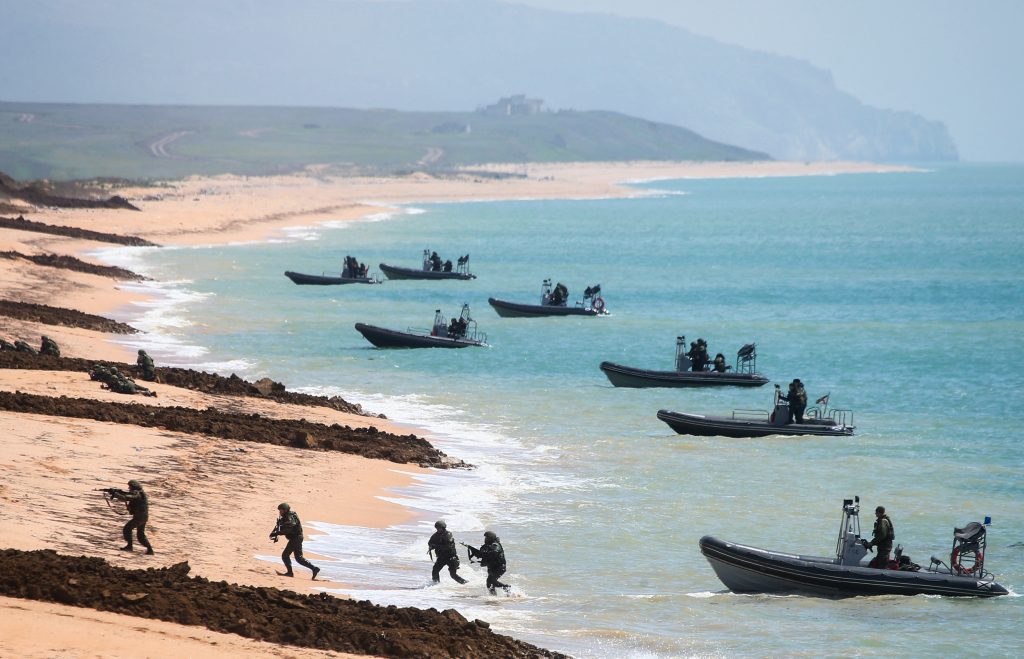 Ukraine spent much of April in the international headlines as global audiences watched to see if a massive Russian military build-up along the Ukrainian border would become a precursor to a major escalation in the simmering seven-year conflict between the two countries. Fears of an imminent Kremlin offensive appeared to ease on April 22 when Russia announced plans to begin withdrawing troops from border zone positions. However, few are taking anything for granted.

At present, it remains far from clear whether Russia’s declared withdrawal will include the vast amounts of military equipment concentrated close to the Ukrainian border. Even if the immediate danger has indeed passed, Vladimir Putin’s bout of springtime saber-rattling has succeeded in sending a clear and unmistakable message to Kyiv that Moscow has not yet ruled out a military solution to its Ukrainian problem.

The Ukrainian authorities have no time to waste. What we have just witnessed was nothing less than a dress rehearsal for the full-scale invasion of Ukraine. Much of this potential future invasion force remains in position and poised for action. Next time, Putin will be able to call upon the invaluable experience gained by the Russian Armed Forces during its recent mobilization. In order to avoid a potentially catastrophic military scenario, Ukraine and the country’s international allies must now rapidly take steps to deter the Kremlin.

It is important to understand what Russia hopes to achieve by menacing Ukraine in this manner. Internationally, Russia remains obsessed with reversing the humiliations of the Soviet collapse and reasserting its authority as a great power. In specific terms, this means securing tacit Western recognition for Russian dominance over Ukraine and the entire post-Soviet space.

With the Minsk and Normandy peace platforms failing to produce satisfactory results, it appears that Russia decided on a demonstration of brute force and blackmail as the only effective means of convincing Ukraine’s European and American allies to take Moscow seriously. By stoking fears of all-out war in Ukraine, Russia was seeking to remind the Western powers that it retains the requisite military might and political will to escalate the confrontation as and when it sees fit.

While a full-scale invasion of Ukraine cannot be ruled out, Moscow is hoping the threat of overwhelming military force will be sufficient to secure a number of key concessions from Kyiv. One immediate priority is the resumption of water supplies to Russian-occupied Crimea, which is suffering from an increasingly severe drought due to the 2014 closure of the canal carrying water from the Dnipro River in mainland Ukraine to the peninsula.

Russia’s central goal is to force Ukraine into direct negotiations with the Kremlin proxy forces it has established in occupied eastern Ukraine. This would legitimize Russia’s puppet regimes and pave the way for constitutionally enshrined autonomy that could then be used to veto Ukraine’s further Euro-Atlantic integration indefinitely. Putin underlined this objective once again in late April, commenting that he would only be prepared to discuss the peace process with his Ukrainian counterpart if President Zelenskyy first initiated talks with the so-called “separatist republics” in eastern Ukraine.

Ukraine’s most immediate task is to prepare the country for the worst-case scenario of a large-scale Russian invasion from the north, south, and east.

With this in mind, President Zelenskyy should convene a meeting of the National Security and Defense Council (NSDC) to assess the country’s readiness for martial law. The authorities must adopt a new bill addressing territorial defense that makes territorial defense units a separate branch of the Ukrainian Armed Forces.

The Ukrainian military should aim to conduct open-ended military exercises while monitoring Russia’s announced troop withdrawals. Wherever possible, these exercises should include the participation of troops from NATO member states. Ukraine should also ask the country’s NATO partners to deploy at least two warships to Ukrainian Black Sea ports on a rotational basis.

Crucially, Ukraine must prioritize negotiations with the country’s Western allies to increase the supply of defensive weapons that could deter a Russian invasion. There are no illusions in Kyiv over the likelihood of Ukraine’s partners actually entering into an armed conflict with Russia, but in the current geopolitical climate, it should be possible to secure significantly greater military aid along with agreements to purchase vital defensive hardware. Ukraine does not need to outgun Russia. Instead, Kyiv must make the prospect of an offensive so costly in terms of blood and treasure that Putin is forced to think twice.

In parallel to these security measures, Ukraine needs to launch a diplomatic offensive of its own. The truce agreement of July 2020 clearly does not work and must be replaced by a new ceasefire initiative. This could be an opportunity to revive the idea of a UN peacekeeping mission to monitor ceasefire compliance in eastern Ukraine and effectively freeze the conflict.

President Zelenskyy should go even further. The Ukrainian leader can use international alarm over Russia’s recent military build-up to argue for new approaches towards the stalled peace process. He has already raised this issue in an April 26 interview with the Financial Times, proposing a greater role for the United States, Britain, and Canada in peace efforts.

With Belarus dictator Alyaksandr Lukashenka now heavily dependent on the Kremlin, efforts should also be increased to replace Minsk with a more geopolitically neutral venue for further negotiations. Options could include Budapest, Istanbul, or Nur-Sultan.

It is entirely possible that Russia has no interest in a negotiated settlement to the conflict and will continue to reject all Ukrainian efforts to unblock the peace process. Nevertheless, by acting in good faith and proposing practical solutions, Ukraine will secure important international credibility that should translate into greater support in the event of a new Russian offensive.

Putin’s saber-rattling behavior is a wake-up call for anyone who believed the Russo-Ukrainian War was no longer a major threat to international security. Since 2014, Russia’s refusal to accept the loss of Ukraine has sparked a new Cold War that has reverberated across the globe. In this high stakes geopolitical confrontation, a dramatic military escalation cannot be ruled out. It is therefore in the interests of Ukraine and the entire Western world to deter Russia now before it is too late.