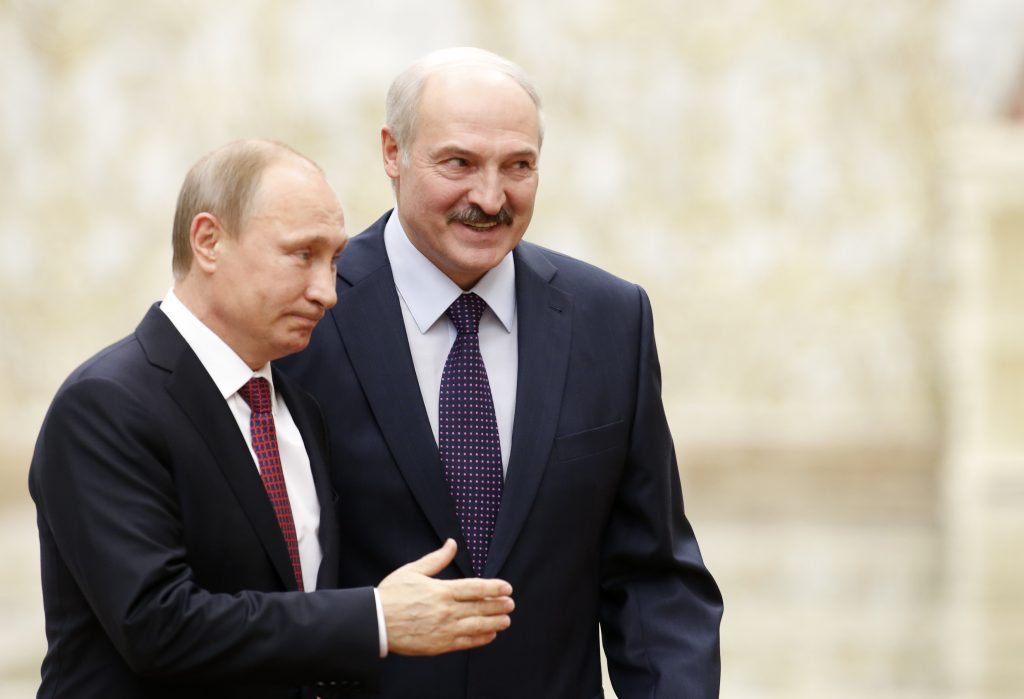 Ukraine announced this week that it will not hold further peace talks in Belarusian capital Minsk once this becomes possible following the relaxation of Covid quarantine conditions. According to Ukrainian officials, Belarus is now seen as being too firmly under Russian influence to serve as a suitably neutral venue for ongoing negotiations with the Kremlin.

“We don’t know where the peace talks could be relocated. This is the subject of discussion,” Ukraine’s Deputy Prime Minister for Reintegration of the Temporarily Occupied Territories, Oleksiy Reznikov, told Reuters. In related comments, Reznikov pointed to the “anti-Ukrainian rhetoric” coming from the regime of Belarus dictator Alyaksandr Lukashenka.

Minsk has been the setting of peace talks between Ukraine and Russia since summer 2014. In September 2014, the city hosted the leaders of Ukraine, Russia, France, and Germany in the first major bid to end hostilities in eastern Ukraine. That initial meeting was followed by a similar summit five months later. These meetings produced the so-called Minsk Agreements, which set out a series of steps towards the peaceful resolution of the conflict in eastern Ukraine.

Since February 2015, Minsk has remained the venue for meetings of the Trilateral Contact Group, which brings together representatives of Ukraine, Russia, and the OSCE to pursue diplomatic solutions to the conflict.

Face-to-face talks have not taken place in Minsk since early 2020 due to the logistical problems created by the global coronavirus pandemic. In the meantime, the situation in Belarus has undergone a radical transformation.

In August 2020, a deeply flawed Belarusian presidential election sparked nationwide demonstrations. Pro-democracy protesters demanding an end to the 26-year reign of Alyaksandr Lukashenka initially appeared to have the upper hand. However, the Belarus strongman was bolstered by a range of emergency support measures from Russia. These included financial lifelines, the deployment of Kremlin media teams, and a firm public pledge from Russian President Vladimir Putin himself to send Russian security forces into Belarus if necessary to restore order.

This Russian support proved sufficient to rescue the Lukashenka regime from imminent collapse, but the protest movement has continued across Belarus. The authorities responded with terror tactics that have left a handful of protesters dead and led to widespread reports of torture and human rights abuses. In the eight months since the protests first erupted in Belarus, over 30,000 people have been detained by Belarusian law enforcement, making it Europe’s most comprehensive crackdown since the end of the Cold War.

The brutality of the Belarusian authorities has resulted in the imposition of sanctions and increasing international isolation. This has forced Lukashenka to move ever closer to Moscow and abandon his longstanding policy of political hedging.

When the Belarus crisis first began in summer 2020, the Kremlin’s initial priority was to prevent a grassroots people power movement from achieving success and thus creating a dangerous pro-democracy precedent on Moscow’s doorstep. As events have developed, Russia has sought to capitalize on Lukashenka’s weakness in order to strengthen its grip on Belarus.

In exchange for vital Russian backing, Moscow has expanded its military footprint in Belarus, with a record number of joint military exercises in 2021 creating a near-permanent Russian military presence in the country. Russia and Belarus have recently unveiled plans for a series of joint military training facilities, while there is also speculation that Lukashenka will now finally permit the establishment of a Russian Air Force base in Belarus.

Similar Kremlin-friendly steps towards integration have been underway in the economic sector. Russia has also begun work on the establishment of pro-Moscow political forces within Belarus in anticipation of Kremlin-backed constitutional amendments that would shift power from the presidency to the Belarusian parliament.

These developments have thrust Belarus firmly into the Russian orbit and brought Lukashenka’s decades-long geopolitical balancing act to an abrupt end. Although his peculiar Soviet nostalgia and dictatorial political system might make him seem like a natural bedfellow for the Putin regime, the Belarusian strongman had previously spent much of reign skillfully rejecting Russian efforts to consummate the ambiguous “Union State” agreement between post-Soviet Belarus and Russia.

Lukashenka’s maneuvering typically involved appeals to Belarusian national identity or flirtations with the Western world. However, with the international community appalled by his crackdown on protesters and ordinary Belarusians increasingly embracing a modern national identity that does not include the discredited dictator, Lukashenka has found himself with little choice but to accept the Russia’s bitter offer of personal survival in exchange for a surrender of sovereignty.

Ukraine’s decision to rule out further talks in Minsk highlights the geopolitical shifts that have taken place in Belarus over the past eight months.

The rejection of the Belarusian capital should not necessarily mean an end to Ukraine-Russia peace negotiations, which can continue in an alternative venue. The basic framework for the peace talks in Minsk need not be abandoned, but whether it holds is unknowable. Ukraine’s objections to Minsk as a host venue do, however, signal a change in the regional balance of power that should alarm policymakers in Kyiv as well as those in nearby NATO member states.

With Russian troops currently massing in occupied Crimea and along Russia’s almost 2,000km land border with Ukraine, the potential for Belarus to be used as a base for additional Russian military operations against Ukraine cannot be ignored. Previously assurances from Lukashenka that his territory would never serve as a base for the invasion of Ukraine are now off the table.

Once complete, Russia’s “soft annexation” of Belarus threatens to transform the security situation for Ukraine and deepen the military encirclement of the country. It would also dramatically alter the broader security environment on NATO’s eastern flank, creating a whole host of new challenges for Poland and the Baltic States. This process is already at an advanced stage. Western leaders can no longer afford to ignore it.

Image: Belarusian President Alyaksandr Lukashenka and Russian President Vladimir Putin pictured in Minsk during February 2015 negotiations with the leaders of Ukraine, France, and Germany over the conflict in eastern Ukraine. (REUTERS/Vasily Fedosenko)