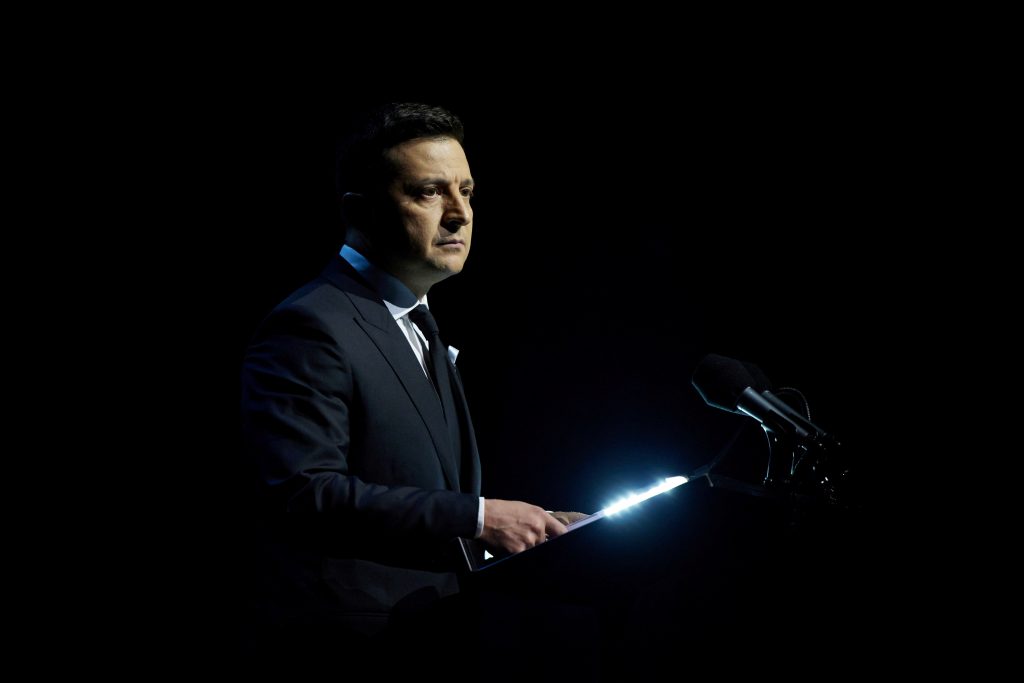 The anti-oligarch law recently signed by Ukrainian President Volodymyr Zelenskyy is being trumpeted by his supporters as a landmark step in the struggle to reduce the political influence of Ukraine’s oligarch elite. However, this legislation looks more like an attempt to conceal the strengthening of presidential powers behind a facade of populist rhetoric.

In order to appreciate the reality of Zelenskyy’s anti-oligarch legislation, it is important to understand the roots of the oligarchic system as it exists in today’s Ukraine. In 1991, Ukraine gained independence with a 70-year legacy of state ownership. Those with ties to the former Communist regime emerged as the first generation of post-independence oligarchs.

The second generation of oligarchs took shape as the 1990s progressed and key economic assets became concentrated in the hands of several dozen people, many of whom remain active players in Ukrainian politics and the economy. A number of oligarch clans with regional ties to Kyiv, Dnipro, and Donetsk grew to dominate many aspects of Ukraine’s national life and compete for access to state resources.

Every oligarch clan had its own ensemble of loyal MPs, ministers, and officials in various positions throughout the state apparatus. By the time President Yanukovych fled to Russia in February 2014, virtually all key sectors of the Ukrainian economy were under the control of the oligarchs. Crucially, this control also extended to the Ukrainian media.

Ukraine’s Revolution of Dignity and the subsequent undeclared war with Russia have created a new set of challenges for the oligarchic system. Since 2014, Ukraine has witnessed the emergence of a genuinely independent National Bank along with independent management at state energy giant Naftogaz. Decentralization reforms have deprived central government of its monopoly on control of state budgets. At the same time, the state has been empowered by security considerations in response to ongoing Russian aggression.

While these developments placed some limitations on oligarch influence, they did not succeed in derailing the oligarchic system as a whole. Frustration over the continued power of the oligarch clans was a key factor behind Zelenskyy’s presidential election victory in 2019, when he came to power amid campaign trail commitments to combat the old elite and usher in a new era of greater equality.

Many voters expected Zelenskyy to attack the oligarchs in one way or another. Instead, during the first two years of his presidency, he has undermined many earlier steps to curtail oligarch influence. The independence of the National Bank and Naftogaz has been limited, while other major state-owned assets have fallen under oligarch control. Meanwhile, changes to the country’s tax code have targeted small businesses and households while leaving oligarch interests relatively untouched.

The measures required in order to genuinely limit the power of Ukraine’s oligarch clans are well known. These include the creation of an independent judiciary; strengthening of antitrust laws and antitrust authorities; corporate governance reform in the public sector; elimination of tax benefits for big business; and greater transparency in media funding.

There is nothing to indicate that the present Ukrainian authorities plan to implement any of these steps. Instead, they appear to have chosen populist anti-oligarch posturing as a tool to tackle political opponents, while at the same time maintaining or even strengthening relations with favored oligarch clans.

The Office of the President has created deliberately vague anti-oligarch legislation that does not contain any objective steps to limit oligarch influence. Instead, it enables the National Security and Defense Council, which is personally appointed by the president, to determine who is an oligarch and who should face restrictions on owning media or participating in the political life of the country.

For example, the legislation defines “media influence” in terms of ownership, funding, and influence over editorial policy. Does the placement of advertising by oligarch-owned companies constitute funding? Would this be classified as a way of influencing editorial policy? It all depends on the interpretation favored by the National Security and Defense Council, which was not constitutionally intended for such a role.

Recent developments illustrate why many remain skeptical about talk of an anti-oligarch crusade. As soon as the anti-oligarch bill was signed into law by President Zelenskyy in early November, former Ukrainian president Petro Poroshenko immediately sold his media assets. Nevertheless, a number of MPs from Zelenskyy’s own Servant of the People party argued that this would not prevent Poroshenko from being identified as an oligarch due to uncertainties in the application of the new law. Notably, other oligarchs with large media empires who enjoy friendlier relations with Zelenskyy did not seem at all bothered by the new legislation.

Due to the obvious potential for highly subjective and politically motivated application, I regard Ukraine’s anti-oligarch legislation as a power grab disguised in the language of political populism.

Zelenskyy could certainly use a boost to his flagging ratings, following the failure to contain Covid-19 and a number of damaging corruption scandals. This new law could prove popular with large sections of the Ukrainian electorate who hunger for an end to the impunity of the oligarchs. More importantly, it can be used to attack Zelenskyy’s political opponents.

The current authorities seem to be convinced that Zelenskyy’s falling approval ratings are primarily the result of information attacks rather than their own weak policies and political mistakes. It is therefore likely that the new anti-oligarch law will be selectively used and will spark new conflicts between the government and big business. Instead of serving as a tool to reduce oligarch influence, there is a danger the law will become an instrument of pressure and coercion that will plunge the country into crisis and derail badly needed reforms.

Image: Ukrainian President Volodymyr Zelenskyy delivers a speech during a commemoration ceremony for the victims of Babyn Yar (Babiy Yar), one of the biggest single massacres of Jews during the Nazi Holocaust. October 6, 2021. (Ukrainian Presidential Press Service/Handout via REUTERS)