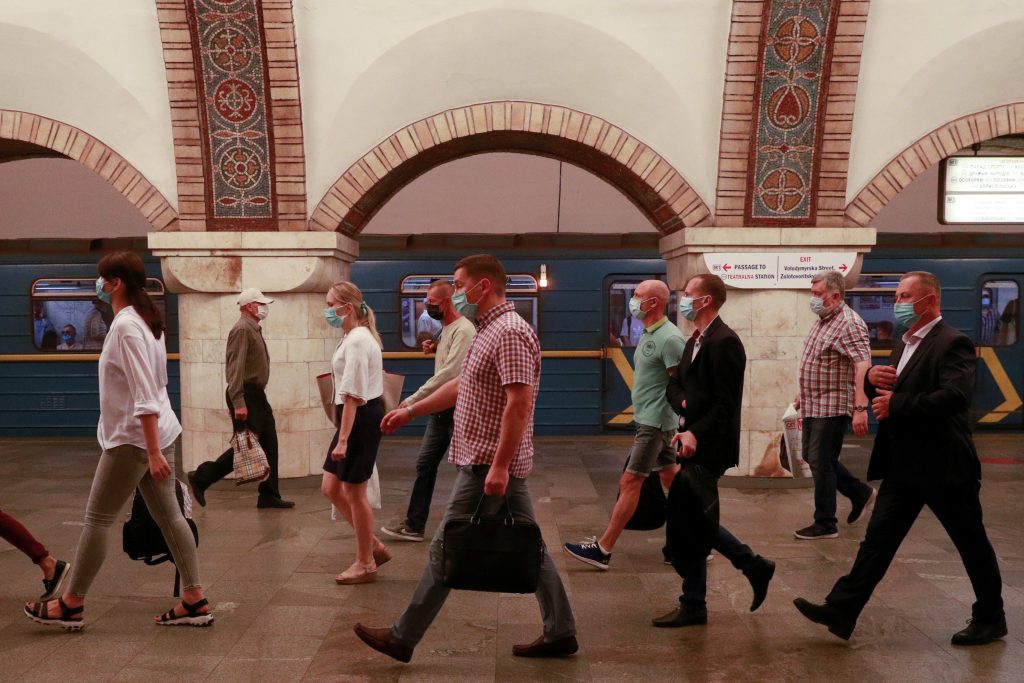 A first-time visitor to Ukraine could be forgiven for concluding that there are very few people with physical disabilities in the country. Indeed, it remains relatively rare to encounter physically disabled Ukrainians on the streets of Kyiv or other major cities.

This lack of visibility disguises a grim reality. During the past three decades of independence, Ukraine has failed to create the kind of inclusive infrastructure that physically disabled Ukrainians require in order to participate in daily city life. As a result, around 2.7 million Ukrainians with limited mobility are forced to live an isolated existence in their own country.

Research conducted by dostupno.ua found that virtually all stakeholders in today’s Ukraine continue to ignore mobility and accessibility issues. Even newly constructed residential and administrative buildings still often lack basic access points, while most Ukrainian drugstores are inaccessible despite the obvious need to cater for those with limited mobility. The city with the best drugstore accessibility rating was Vinnytsia, with a score of just 24%.

Ukraine’s urban accessibility issues are part of the country’s Soviet inheritance. During the Soviet era, there was little consideration for the needs of those with physical disabilities or limited mobility. However, as Ukraine prepares to celebrate thirty years of independence later this summer, the country is still struggling to make its cities more navigable for large swathes of the population.

There is growing official awareness of this issue. Building regulations adopted in recent years officially oblige architects and construction companies to feature enhanced accessibility in their designs, but practical implementation remains patchy. Last year, Ukraine’s First Lady, Olena Zelenska, announced a national dialog on the need for more accessible public spaces. The Ukrainian public is now impatient to witness the results of this initiative.

The issue of accessibility is not only a concern for members of society with physical disabilities. After I became a mother, I automatically found myself becoming part of the low mobility category due to my child’s pram. During the summer months, I discovered that many of Kyiv’s most appealing beauty spots such as the Central Botanical Gardens are not easily accessible for mothers with prams.

Frustratingly, an easy access entrance has been built at the Gardens, but visitors are frequently confronted by a locked gate. Apparently, the Central Botanical Gardens lacks the manpower to staff this entrance on a permanent basis. However, it is hard to see why a simple electronic pass system could not be employed instead.

Ukraine’s famously vibrant civil society is increasingly taking up the challenge of making the country more accessible. One such initiative is the Kyiv Baby/Parent Friendly Places Facebook group established in December 2016 by young Ukrainian mother Olya Myrtsalo. Over the past four-and-a-half years, this Facebook group has attracted over 12,000 members. It now offers a wide range of information on kid-friendly and accessible places throughout the Ukrainian capital and beyond, while also playing an active role in promoting access-friendly infrastructure changes.

While these grassroots efforts are encouraging, Ukraine still has a long way to go before the country can catch up with many of its European neighbors. For the past decade, the European Commission has organized the annual Access City Award to recognize the efforts undertaken by municipal authorities and local communities to maximize accessibility in EU cities. This initiative reflects the fact that around 120 million European Union citizens are living with disabilities.

At present, there is no similar recognition in Ukraine. Instead, different methods are being used to raise awareness about the importance of improving accessibility in the country’s cities. The International Mayors Summit launched one collaborative project together with Lady Di Atelier that featured Lviv’s Sunny Workshop for children with autism and Down Syndrome painting their dream cities. These paintings were then reproduced as prints for scarf fashion accessories. The project was supported by Marie Claire Ukraine and helped raise UAH 500,000 for further such initiatives.

As is the case with many of the challenges facing contemporary Ukrainian society, people are recognizing that they can complain passively or become drivers of change. There is now growing awareness that inaccessibility is a major problem preventing millions of Ukrainians from living ordinary lives. The whole country will benefit if measures are taken to end this artificial isolation and create the infrastructure to support a more inclusive society.