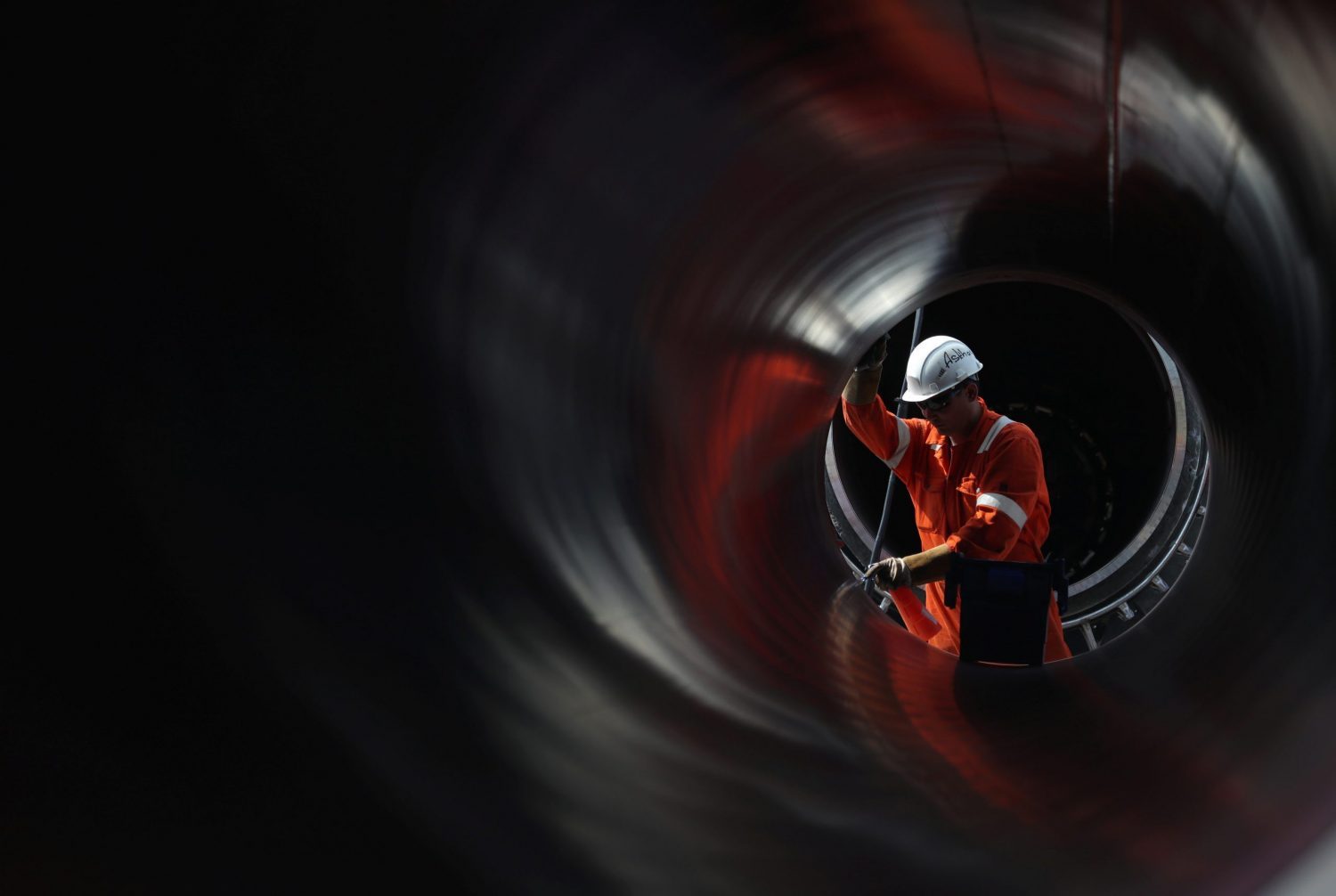 Christmas came early for Ukraine and much of Europe after US President Donald Trump signed an omnibus defense bill that included sanctions stopping completion of a major new Russian gas pipeline to Germany.

The Nord Stream 2 undersea pipeline was just weeks away from completion when, on December 20, the US President signed a bill that stopped the contractor, Allseas Group of Switzerland, from further work. Allseas has proprietary technology to do such specialized work, and threats by the US government against the company legally and financially forced it to immediately suspend work.

Some critics have said the sanctions are too little, too late, because the project is nearly completed, with estimates that 2,100 kilometers have been laid and only 300 kilometers are left to build. But a letter from the US Senate warned Allseas: “if you were to attempt to finish the pipeline in the next 30 days, you would devastate your shareholders’ value and destroy the future viability of your company.”

The Kremlin reacted by threatening completion anyway, but Allseas’ technology is not accessible to others. Germany, which will be the hub for Russian gas in Central Europe if the pipeline is finished, also voiced dissatisfaction with the move, but a German spokesman said retaliation wasn’t on the cards. Meanwhile, an EU spokesman objected in general terms to “the imposition of sanctions against EU companies conducting legitimate business.” However, other European countries welcomed the news. This is hardly surprising. Poland’s President Andrzej Duda has described Nord Stream 2 as a “threat to Central and Eastern European nations”.

The fact is that the United States was able to do what the European Union wasn’t. In 2018, the European Union’s parliament recommended Nord Stream 2 be canceled, but to no avail. It has also threatened controls, but been thwarted all along the way because Putin has co-opted influencers with unseemly offers, while Gazprom flouted regulations and openly boasted it would not be restrained once Nord Stream 2 was finished. The geopolitical implications for Europe are indeed significant. Putin’s latest pipeline is designed to give him greater leverage over the continent as a whole, while weakening and bypassing Poland, Ukraine and others.

Following Trump’s signature, Allseas complied immediately. Even more significantly, as news of the sanctions broke, the Russians reversed their position in Ukraine transit talks and agreed to recognize a $3 billion arbitration award to Ukraine given by a Stockholm court and owed by Gazprom. Prior to sanctions, Russia had consistently told Ukraine there would be no transit deal in 2020 unless this payment was waived. “Gas transit arrangements between Gazprom and Naftogaz [Ukraine’s national energy company] provide for ‘payment by final decision of the Stockholm arbitration’. This is in a statement by the head of Gazprom Alexei Miller,” reported Russian media outlet RBC.

The new US sanctions are in place for an indeterminate period and will provide Europe and Ukraine – a country still engaged in an undeclared war with Russia after its 2014 invasion – time to develop more alternative gas sources, both domestic and foreign. Norway, LNG from the Middle East and US, and others are already supplying Europe increasingly, and will continue to reduce Russia’s market share, which is currently estimated at roughly 40 percent. Europe will also now have time to forge regulations that rein in Gazprom, such as an anti-monopoly requirement that would force it to unbundle or divest pipelines carrying its gas.

Some have argued that the sanctions will damage US-German relations and should be replaced with contingency sanctions. These would allow Nord Stream 2’s completion but be triggered if gas does not continue to flow through the Ukrainian transit system. However, given Russia and Gazprom’s past transgressions, it seems more reasonable to conclude that the best solution is to stop Nord Stream 2 altogether or to force a change in ownership. Russia’s Nord Stream 1 is already operating and its TurkStream line under the Black Sea to Turkey has been completed. If Nord Stream 2 were added to those two, Russia could drive out competitors by dramatically lowering prices. The US sanctions also target TurkStream and include asset freezes and revocation of US visas for contractors.

Whatever happens, the United States has demonstrated an uncommon unanimity, despite political polarization, regarding this issue. A House companion bill was sponsored on a bipartisan basis by Congressman Adam Kinzinger with his colleagues Danny Heck and Greg Pence. “Nord Stream 2 poses a grave threat to the national security of the United States and our European allies,” co-sponsor Senator Ted Cruz (R-TX) said. His co-sponsor, Jeanne Shaheen (D-NH) echoed these concerns. “The Nord Stream 2 project is another means by which Russia can spread its malign influence by exploiting Europe’s energy dependence, a tactic the Kremlin has a history of deploying.”

Understandably, there was much relief in Kyiv concerning news of the US sanctions and immediate freeze in pipeline construction. This relief was accompanied by hopes that the New Year will now see the country further reduce its vulnerability to energy blackmail by its eastern foe.

Image: A worker is seen through a pipe at the construction site of the Nord Stream 2 gas pipeline, near the town of Kingisepp, Leningrad region, Russia, June 5, 2019. REUTERS/Anton Vaganov