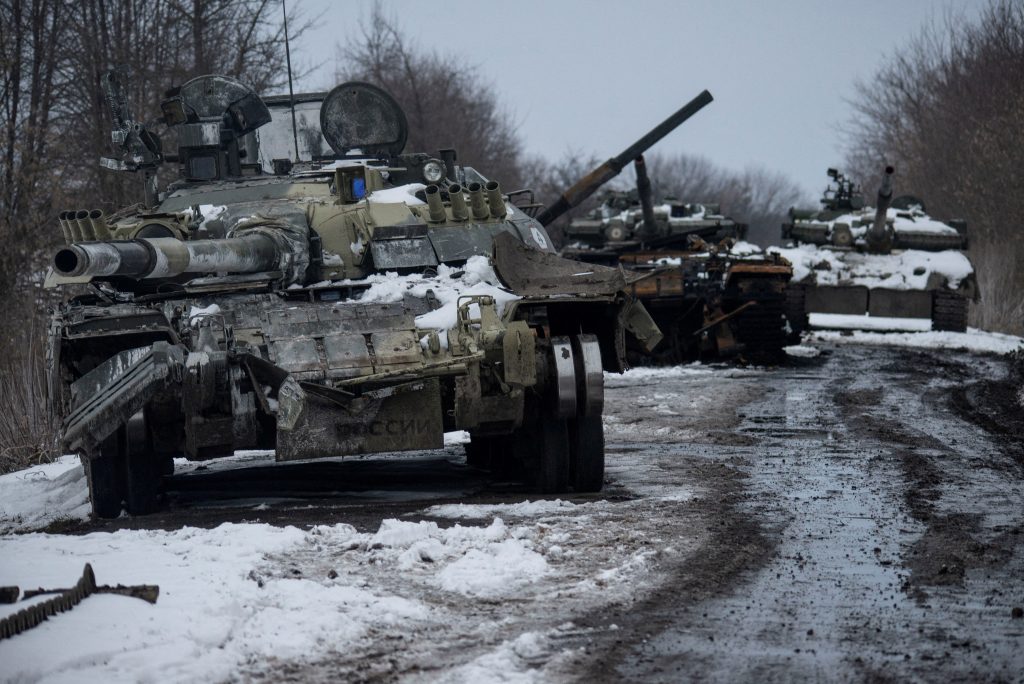 Ukrainians are bravely defending their country against Russian aggression, but President Vladimir Putin’s forces have seized or are on the verge of seizing a number of cities across southern and eastern Ukraine.

In the coming months, Russia could potentially gain control over approximately half of the country running from Kyiv in the north to Odesa in the south and the Donbas in the east. If they are successful, Russian occupying forces will assume responsibility for approximately 20 million people across an area the size of Norway.

This would be a daunting task even in the best of circumstances. Unfortunately for the Russians, they face the worst of circumstances for an occupying power. Historical cases of occupation and counterinsurgency suggest an impending disaster. There is almost no chance that Russia will successfully occupy Ukraine.

Successful occupations by foreign powers have some notable commonalities. Generally, chances for a smooth occupation increase when the occupier is welcomed by the population; is supporting an acceptable local government; can count on competent local defense forces; applies patient, humane population control tactics; has denied sanctuary to insurgents; and has kept antagonistic foreign powers from disrupting the occupation. All occupations face challenges, but some succeed. Coalition occupations of Germany, Bosnia, and Kosovo were generally successful.

Ukraine will be unlike any of these cases. Assuming Russia occupies large parts of Ukraine (Putin may still decide to negotiate a withdrawal), and assuming Ukrainians continue to resist occupation, a number of factors will line up for and against the Russians.

Putin’s troops will benefit from cultural and geographic proximity. In both Iraq and Afghanistan, American occupation forces struggled to understand and engage with the population. Russian occupiers will not face those challenges in Ukraine. Most Ukrainians can speak and understand Russian. Occupiers and occupied will share many cultural norms. These commonalities will facilitate the engagement necessary to influence some Ukrainians to support or at least accept the occupation.

Operating from home bases just across the shared border, Russian occupiers will also have relatively short lines of communication and the ability to quickly reinforce or reposition forces across Ukraine as needed. These two factors effectively sum up Russia’s advantages.

Ukrainians are highly unlikely to support a Russian occupation. Ukrainians in Kherson and Melitopol began actively protesting against Russian occupation almost immediately after their cities fell. Support for the invasion is negligible outside of the pro-Russian enclaves in the eastern Donbas. Lack of popular support and active, widespread animosity towards the occupiers generally correlates with failed occupation.

Russia almost certainly will not be able to establish a puppet government that Ukrainians will view as legitimate. There is little chance Ukrainians will flock to recruiting stations to serve in a pro-Russian paramilitary police force or army. Absence of support means that ill-prepared Russian soldiers will have to provide governance and security for the entire occupied area. Active opposition to Russian occupation also portends the emergence of a debilitating insurgency.

Meanwhile, insurgents will benefit from sanctuary and strong foreign support. In this study of 89 historical insurgency cases, the presence of an insurgent sanctuary strongly correlated with insurgent victory. If insurgents have a safe place to mobilize, rest, recruit, and train their forces, it is effectively impossible to wipe them out. In all likelihood, Ukrainians will be able to operate out of western Ukraine for years or, if necessary, decades. If international support can be sustained in the face of economic and political challenges, western Ukraine will also serve as a conduit for weapons, supplies, and ammunition the insurgents will use to kill Russian occupiers.

Russians appear to be betting on their ability to crush Ukrainians into submission by destroying their infrastructure and breaking their will to fight. There are cases in which near absolute destruction correlates with subjugation. However, if they have any hope of securing or annexing eastern Ukraine, Russians will have to build up the infrastructure they destroy. This will be an extraordinarily expensive undertaking, and it is one the Russians probably will not be able to afford or successfully accomplish. As they destroy Ukraine’s infrastructure and kill civilians, the Russians are also generating the enduring root cause animosities that tend to fuel insurgencies for years to come.

Russians have a poor track record when it comes to occupation. They flailed about in Chechnya in 1994 and had to resort to ham-handed brutality in 1999-2000 in order to suppress a population that may be one-twentieth the size of the population they seek to control in Ukraine.

In all likelihood, troops tasked with occupying Ukraine will have little or no training in civil-military relations or counterinsurgency. Russian conscripts pressganged to fight in the invasion are particularly underprepared for delicate post-invasion civil engagements and the use of disciplined restraint necessary to avoid further inflaming anti-Russian sentiment.

Given the high likelihood of an onerous and failed occupation, many experts are analyzing viable alternatives for Putin. He may not have any. As the United States discovered in Vietnam, Iraq, and Afghanistan, unplanned occupations happen. Therefore, as Ukrainians like to say to the Russian invaders, welcome to hell.

Ben Connable, PhD, is a nonresident senior fellow at the Atlantic Council and adjunct professor of security studies at Georgetown University. He is the author of “How Insurgencies End” and “Will to Fight.”