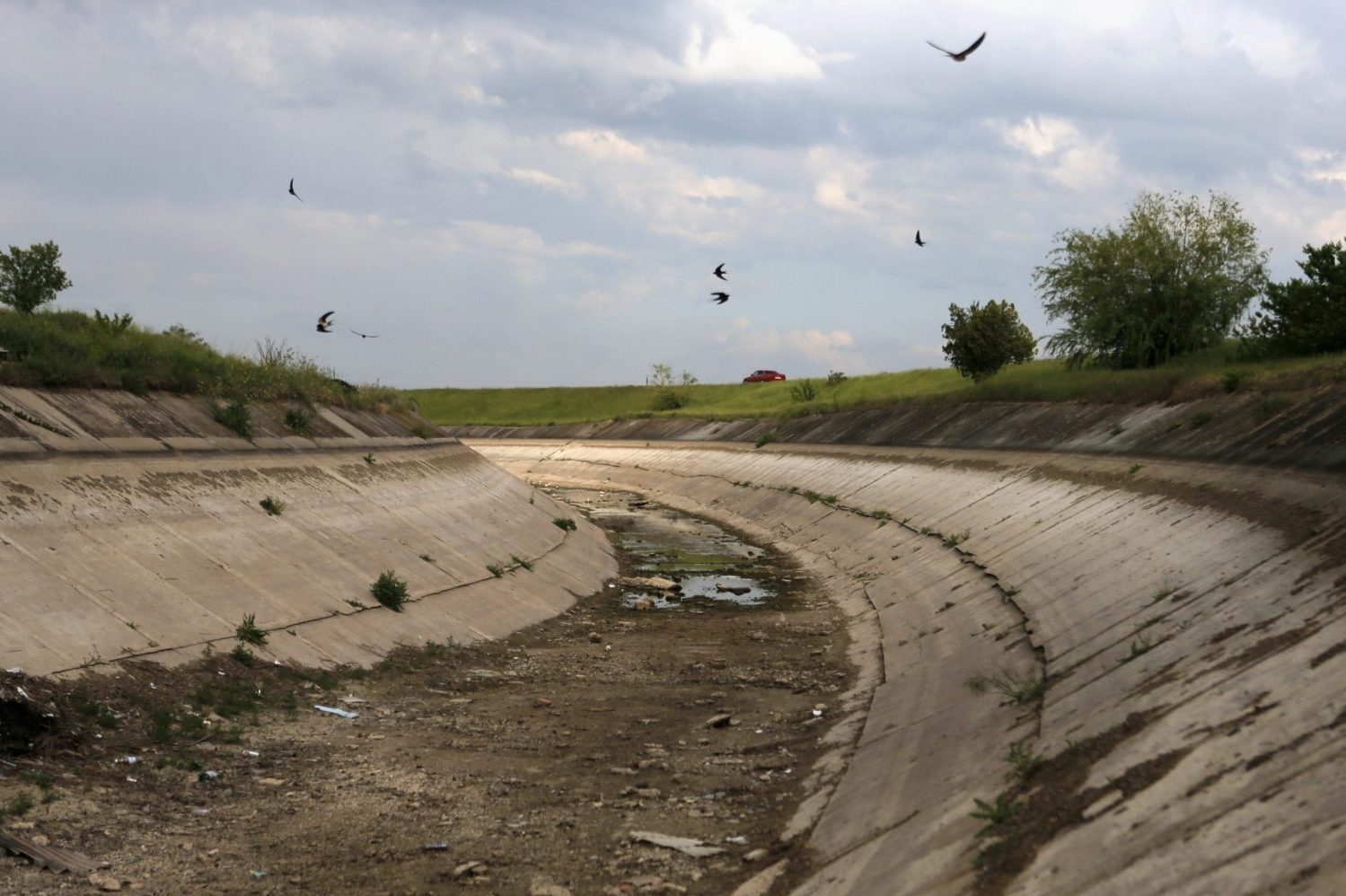 It did not take Ukraine’s new prime minister long to generate controversy. Little-known politician Denys Shmyhal had only occupied the PM’s office for a matter of hours when he went on national TV last week to voice his support for renewing water supplies to Russian-occupied Crimea, arguing that the move was justified on humanitarian grounds. The backlash was equally rapid, with widespread indignation forcing the PM to perform a U-turn and announce via social media that his comments had been taken out of context.

Backtracking on the issue of renewing water supplies to Crimea has become something of a tradition among President Zelenskyy’s political allies in recent months. Shmyhal’s proposal mirrored similar suggestions from a number of politicians linked to Zelenskyy. Various individual MPs from Zelenskyy’s own Servant of the People party have publicly supported the resumption of Crimean water supplies, most notably the head of the party’s parliamentary faction David Arakhamia, who in early February 2020 explicitly raised the prospect of trading water deliveries to Crimea for peace in eastern Ukraine.

So far, these overtures have met with overwhelming opposition. Nevertheless, the fact they have appeared with such relative frequency from people within the ruling coalition has led to mounting speculation that President Zelenskyy is preparing Ukrainian public opinion for what amounts to a dangerous trade. In the wake of Shymhal’s comments, respected Ukrainian journalist Yuriy Butusov appeared to confirm these fears when he reported that renewal of water supplies to Crimea was one of the key conditions set by Vladimir Putin for progress towards peace in eastern Ukraine. Citing unnamed sources, Butusov claimed this had been stated to Zelenskyy at December’s Paris summit and repeated during more recent telephone conversations between the two presidents.

There is little reason to doubt the strategic importance of the issue for the Kremlin. Prior to Russia’s 2014 seizure, Crimea used to receive around 85% of its water supplies from mainland Ukraine via a canal connected to the Dnipro River. This water was essential for the agricultural, industrial and military needs of the naturally arid peninsula, and had been one of the main practical reasons behind the 1950s incorporation of Crimea into Soviet Ukraine.

While the Russian occupation authorities in Crimea have been able to find solutions for the loss of Ukrainian transport links and energy supplies, replacing Ukrainian water has proved more problematic. This is having a negative and escalating impact on local conditions. It remains difficult to independently verify information coming out of the occupied peninsula, but reports suggest a rapidly deteriorating ecological environment with dwindling sources of water and increasing shortages. Given the centrality of the Crimean conquest to Vladimir Putin’s strongman persona, this is a cause of considerable and growing embarrassment.

Ukrainian voices in favor of reaching an accommodation with the Kremlin over Crimean water supplies have advanced a number of arguments. These have ranged from the purely mercantile to the humanitarian, with PM Shmyhal the latest to suggest that Ukraine was obliged to provide water to fellow Ukrainians living under Russian occupation. Most observers currently suspect the real motivation behind the promotion of the issue is geopolitical, and see water supplies as yet another concession demanded by Moscow in return for progress towards the peace settlement that Zelenskyy promised Ukrainian voters during his 2019 presidential election campaign. Few believe Putin is serious about ending the Russian occupation of eastern Ukraine on terms that would allow for future Ukrainian sovereignty in the region. This is fueling concerns that Zelenskyy’s single-minded pursuit of an illusive peace deal may lead him into a major strategic blunder that promises to bring little in return.

Public opposition to talk of renewed Crimean water supplies has centered on what this would mean for Ukraine’s claims to the peninsula. Critics have argued that it would amount to de facto Ukrainian recognition of the Russian annexation and represent a betrayal of the thousands in Crimea who continue to oppose the occupation – not to mention those who have fled to mainland Ukraine. They dismiss humanitarian concerns and point to the Geneva Convention, which clearly states that as the occupying power, Russia is responsible for the welfare of the Crimean population.

Furthermore, it is argued that Crimea has sufficient water supplies to meet the needs of the civilian population, with the current shortfalls largely affecting industry and the rapidly expanding Russian military presence. Understandably, the idea of providing water supplies in order to facilitate the continued militarization of the peninsula is not popular among the Ukrainian public. International opinion is also a factor, with many Ukrainian commentators claiming that the current anti-Russian sanctions regime would be hard to justify if Ukraine itself was prepared to compromise over such a fundamental issue.

For the time being, the robust responses to each successive suggestion of renewing Crimean water supplies appear to have prevented any further steps in this direction. During recent events to mark the sixth anniversary of Russia’s Crimean seizure, President Zelenskyy stated unambiguously that he would not exchange Crimea for peace in eastern Ukraine. Meanwhile, Zelenskyy’s chief of staff Andriy Yermak has denied that the water issue has even been on the table during months of negotiations with his Russian counterparts.

Nevertheless, in the current climate, nothing can be entirely ruled out. Zelenskyy’s recent purge of his reformist cabinet and readiness to ally with the country’s pro-Russian forces to oust the prosecutor general have sent a chill through the political classes and alarmed Ukraine’s international partners. The novice president’s newfound ruthlessness makes it difficult to predict what comes next. With his approval rating still high but in steady decline, Zelenskyy may see a bold trade-off as a way to regain the political initiative.

Deciding to resume water supplies to Russian-occupied Crimea would be an enormous risk, but if public opposition begins to die down, Zelenskyy could interpret this as a green light to proceed. The numerous recent efforts by his political allies to raise the issue suggest he is already sympathetic to a grand bargain of this nature. However, it remains to be seen whether the terms Putin offers will be generous enough to tempt Zelenskyy into a gamble that could determine the fate of his entire presidency.

Image: A section of the North Crimean Canal. Until the Russian occupation of Crimea in 2014, the canal had carried water from the Dnipro River in mainland Ukraine to the Crimean peninsula. REUTERS/Maxim Shemetov