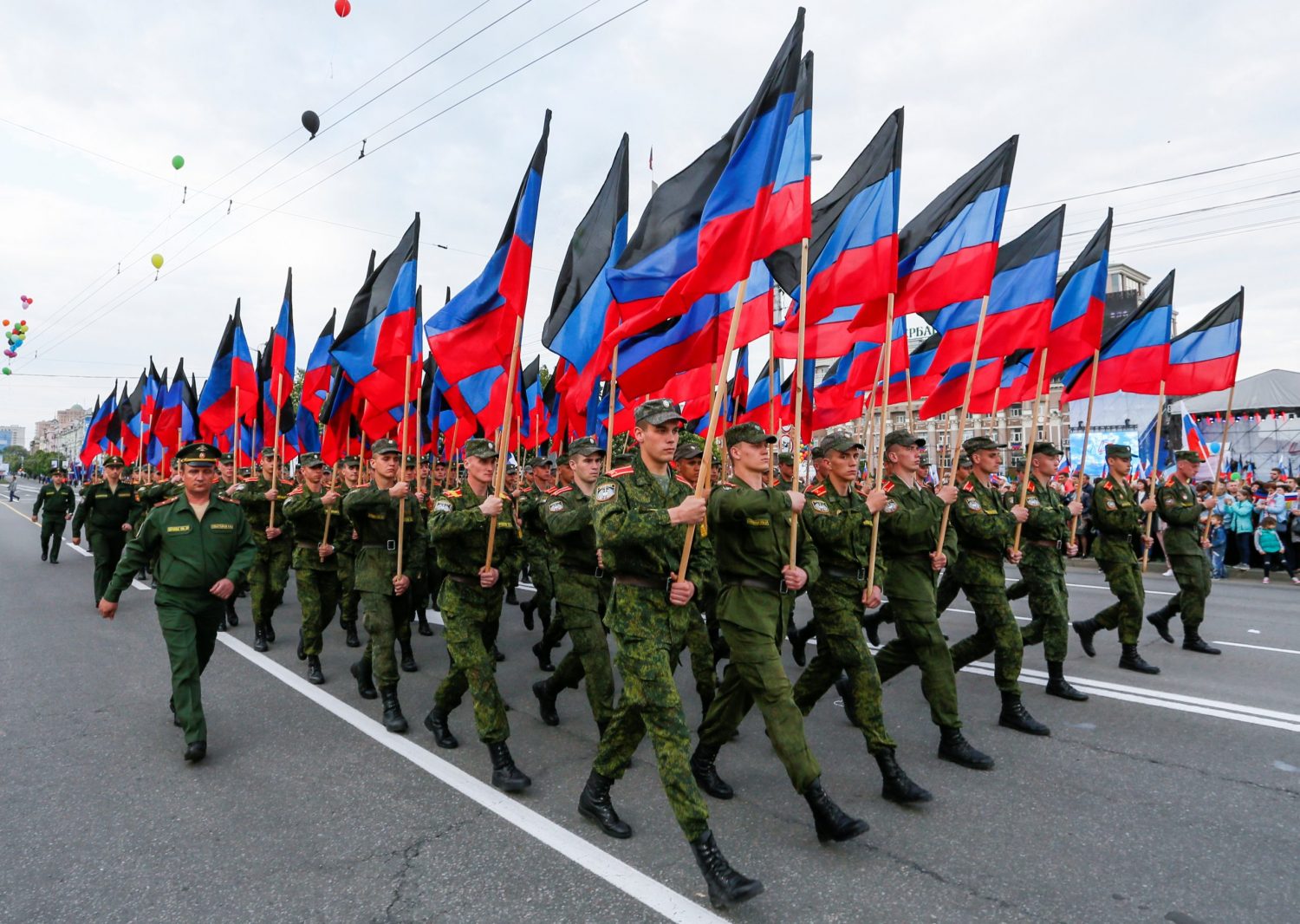 Just over a week ago, a sense of alarm gripped millions of Ukrainians, including me. Our anxiety stemmed from news of proposals accepted by Ukraine during a March 11 meeting of the Trilateral Contact Group (TCG) in Minsk. The TCG is a platform for talks towards ending the conflict in eastern Ukraine and features representatives from Ukraine, Russia and the OSCE. However, the documents signed in mid-March also carried the signatures of individuals from Russian-occupied eastern Ukraine, who were acknowledged as “authorized representatives”.

Much has been written about these proposals since then. Together with several dozen fellow members of parliament from President Zelenskyy’s Servant of the People party, I joined the debate and voiced my concerns over the huge risks to Ukraine these proposals represent. The open letter we signed was based on the national interests of Ukraine, the election programs of President Zelenskyy and the Servant of the People party, existing Ukrainian legislation, our experience, and our patriotic instincts. The concerns we raised are worth examining in detail.

The most contentious element of the proposals outlined in Minsk on March 11 was the plan to establish an Advisory Council that would see Ukrainian officials sitting down together with representatives of Russian-occupied eastern Ukraine. This draft document was not initially made public. However, it emerged several days later via the Ukrainian media and was subsequently confirmed as genuine.

The envisioned Advisory Council would include ten representatives of Ukraine alongside ten members representing the Russian-led occupied regions. They would be joined by single representatives from the OSCE, France, Germany, and Russia in supervisory roles. According to the text agreed in Minsk, the main task of the Advisory Council would be “to conduct dialogue and develop proposals for political and legal solutions towards the settlement of the conflict.”

Why is this proposal so alarming and what are the key issues it raises?

Although the proposal is not decisive in itself, the potential it has to transform the peace process in Russia’s favor should not be underestimated. Currently, Minsk negotiations involve dialogue between Ukraine and Russia with OSCE mediation. These talks feature representatives of the occupation administrations, but they are not formal participants in the negotiation process. If an Advisory Council is set up in the proposed format, talks on “political and legal solutions” will be conducted directly between Ukraine and Russia’s local proxies from the so-called people’s republics. Russia’s status will change from that of participant to observer or even mediator. This is exactly what the Kremlin wants.

The fact that three-way talks within the TCG format will continue in parallel does not mitigate the risks created by engagement with the Russian-led republics. On the contrary, it threatens to establish the precedent Russia has long sought of direct dialogue between Ukrainian officials and representatives of the occupation administrations. Moscow does not necessarily require official recognition from Ukraine in order to achieve its purpose of distancing itself from the war. Instead, the mere fact of entering into direct dialogue runs the risk of qualifying as “de facto recognition” under international law.

At stake here is the central issue of the entire conflict, namely Russia’s involvement. It is worth underlining that Russian denials have already been refuted by numerous international organizations, including the Office of the Prosecutor of the International Criminal Court, which confirmed in a December 2019 report that “direct military engagement between the respective armed forces of the Russian Federation and Ukraine indicated the existence of an international armed conflict in eastern Ukraine from July 14, 2014, at the latest.” If Ukraine agrees to enter into any form of direct negotiations with Moscow’s local proxies rather than with Russia itself, this may undermine all claims against Russia. In practice, Ukraine will be calling into question the existence of an international armed conflict and casting doubt over well-established Russian aggression.

This directly contradicts Ukrainian legislation, which recognizes Russia as the aggressor state and defines the affected regions of eastern Ukraine as under temporary Russian occupation. It would also have a significant negative impact on Ukraine’s position in the international arena. At present, several cases are underway at the United Nations International Court of Justice and the European Court of Human Rights that seek to hold Russia accountable for its actions in Ukraine. By providing the Kremlin with legal grounds to distance itself from the war itself and a range of other crimes committed in eastern Ukraine, the Ukrainian authorities risk destroying six years of efforts to bring Russia to justice, while also preventing future lawsuits.

Continued international support for Ukraine and sanctions against Russia are also potentially at stake. Since the beginning of Russian aggression in 2014, Ukraine has been unambiguous and consistent in its position that the self-proclaimed separatist republics in the east of the country are puppets created and fully controlled by Russia. This position is supposed by a huge body of evidence and has been widely accepted internationally. For example, in a January 2018 resolution, the Parliamentary Assembly of the Council of Europe referred to “the ongoing Russian war against Ukraine, which is taking place in certain areas of the Donetsk and Luhansk regions”.

The importance of this international recognition of Russia’s role goes beyond the need to maintain political and diplomatic support. It underpins the considerable financial and military assistance Ukraine has received, while also serving as the basis for the international sanctions leveled against Russia. Together with the heroism of Ukraine’s military and volunteers, these sanctions been crucial in containing the spread of Russian aggression. If Ukraine now changes its position, it will undo the diplomatic progress of the past six years and create a pretext for the weakening of international sanctions against Russia. This would free the Kremlin to launch further aggression against Ukraine.

Fortunately, the Ukrainian government has yet to sign off on the Trilateral Contact Group’s proposal to establish an Advisory Council. Kyiv still has a chance to avoid this Russian trap and step back from what would be a huge strategic mistake before it is too late.

I am far from alone in believing that the creation of an advisory body featuring Ukrainian officials together with Putin’s proxies would not bring us any closer to achieving peace in eastern Ukraine. Nor would it succeed in improving President Zelenskyy’s approval ratings. Instead, it would divide Ukrainian society while drastically weakening the country’s international position.

Ultimately, I want to believe that this proposal is an aberration that can and will be corrected.

Looking ahead, I hope that any future strategic steps towards peace in eastern Ukraine will be discussed within President Zelenskyy’s Servant of the People party before they are implemented. A consensus approach can only serve to strengthen the position of both the president and the state.

Lisa Yasko is a Ukrainian MP from the Servant of the People party and Chair of the Ukrainian delegation to the Parliamentary Assembly of the Council of Europe. This article was originally published by Evropeyska Pravda and is reproduced here in translation with the author’s consent.

Image: Troops in Russian-occupied eastern Ukraine hold a parade to mark the fifth anniversary of the so-called Donetsk People's Republic. May 11, 2019. (REUTERS/Alexander Ermochenko)