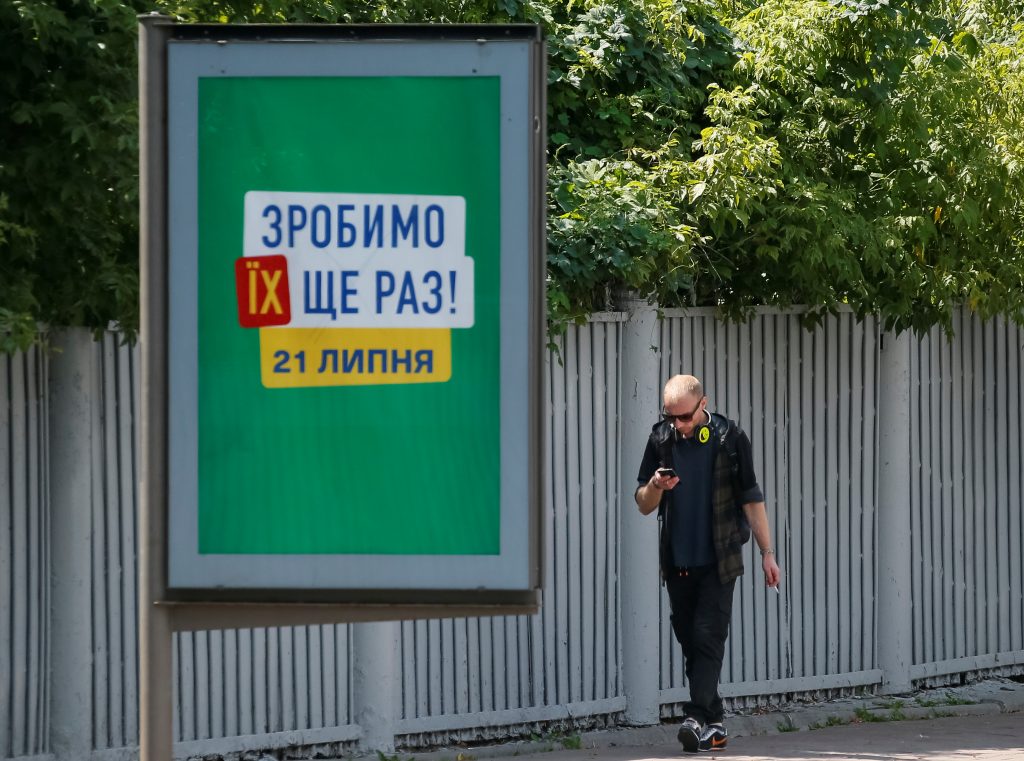 Nothing explained the popular enthusiasm that carried Volodymyr Zelenskyy to a landslide presidential victory last year quite like his promises to end corruption and achieve the “de-oligarchization” of Ukrainian society. This was the main reason voters were willing to take a chance on a novice candidate with no political experience in the middle of an ongoing national crisis sparked by Russia’s 2014 military intervention in the country. One year on from Zelenskyy’s election win, Ukrainians are still waiting for action that matches the soaring ambition of his anti-corruption campaign rhetoric and his enticing promise of a new beginning.

It’s not that Zelenskyy himself is seen as personally corrupt. On the contrary, close observers credit him with a disinterest in self-enrichment that is rare in Ukrainian politics. The problem appears to be with those around him: the friends and allies that supported and sponsored his rise to national prominence, first as a television celebrity and then as an insurgent presidential candidate. Does Zelenskyy have the strength of will to deliver on his pledges to the Ukrainian people, even at the cost of breaking those bonds of personal loyalty?

This question is asked most often, though not exclusively, in connection with Ihor Kolomoiskiy, the controversial oligarch and media owner whose television network helped establish Zelenskyy as a star and whose resources fuelled his bid for political office. Under Zelenskyy’s predecessor, Kolomoiskiy had become a virtual exile from Ukraine, dividing his time between Switzerland and Israel in a bid to stay clear of corruption probes at home and elsewhere. Zelenskyy’s election victory allowed him to return as Ukraine’s most powerful oligarch and political kingmaker. Many saw Kolomoiskiy’s hand in the dismissal two months ago of Ukrainian Prime Minister Oleksiy Honcharuk and his government after the two men reportedly clashed over key appointments to a state company.

International attention is understandably focused on the fate of Privatbank, the country’s largest deposit holder, formerly owned by Kolomoiskiy but nationalised in 2016 when it emerged that alleged internal fraud had ripped a USD 5.5 billion hole in the bank’s balance sheet. Hailed at the time as a big step towards strengthening Ukraine’s financial sector, the nationalisation is a decision that Kolomoiskiy has been working to reverse using all the influence at his disposal. Ukraine’s Supreme Court was due to hear a case in late April brought by two of Kolomoiskiy’s business associates aimed at declaring Privatbank’s nationalisation effectively unlawful. The court postponed the hearing at the last minute citing unspecified “interference” in its work.

The IMF has been commendably consistent in its message that continued financial support depends on Ukraine’s willingness to stand firm and take steps to recover losses from the former owners of failed banks, including Privatbank. The result is a new banking law, slated for adoption by the Ukrainian parliament this month, which would block Kolomoiskiy and others from regaining control of their former assets.

Many see this banking legislation as evidence of a break between Zelenskyy and Kolomoiskiy. Indeed, the bill itself is widely referred to as the “Anti-Kolomoiskiy Law” and enjoys Zelenskyy’s public backing. Yet for each step forward there always appears to be at least one step back. Recently deposed Prosecutor General Ruslan Ryaboshapka has accused the Security Service of Ukraine (SBU) of blocking investigations into Privatbank’s former management and claims he was removed precisely for his willingness to take action against those considered politically “untouchable”. His assessment seems to be shared by leading anti-corruption campaigners in Ukraine.

The struggle over Privatbank isn’t the only example of concerns about the rule of law posing a threat to the integrity of Ukraine’s financial sector. Another recent court case, barely noticed outside Ukraine, has caused shock waves within the country’s banking community. It came last month when the Supreme Court overturned rulings by the lower courts imposing an asset auction on TMM, a construction company that had refused to settle a EUR 15 million debt with Ukrsotsbank. By ordering the return of TMM’s auctioned assets, the ruling effectively writes off the company’s debt at the expense of the lender and those who bought its assets in good faith.

This ruling has drawn allegations of interference on the part of Zelenskyy’s inner circle, with a senior member of the construction firm linked to Zelenskyy’s television production company, Studio Kvartal-95. The production company’s former head, Ivan Bakanov, a friend of the president’s since childhood, is now in charge of the SBU. Two months after Bakanov took over, the SBU unexpectedly reopened an investigation, previously closed by the Prosecutor General’s Office, looking into Ukrsotsbank’s handling of the asset auction.

Banking sources in Kyiv say this is more than a routine struggle over assets. The ruling creates a huge headache for the Ukrainian financial sector as a whole because there is now uncertainty about whether collateral loan contracts are still legally enforceable, at least as far as debtors connected to the ruling elite are concerned. This is likely to have a chilling effect on the willingness of banks to lend money generally, hardly something that is consistent with Ukraine’s need to boost entrepreneurship and private sector growth.

The record of President Zelenskyy’s first year in office provides little basis for thinking that he will turn out to be the transformational leader Ukrainians voted for. If he wasn’t able to deliver on his most radical promises while his mandate was fresh and public support still high, it needs to be asked whether he will find the courage to do so as his options begin to narrow towards the back end of the electoral cycle. There is still plenty of time to change course, but only if Zelenskyy is prepared to make the tough decision to break with friends and allies that appear to be holding him back.

Image: A campaign poster for Volodymyr Zelenskyy's Servant of the People party featuring the slogan "Let's beat them again!" This campaign branding encouraged Ukrainians to view support for the party in the country's July 21, 2019 parliamentary elections as a vote against the entire Ukrainian political establishment. REUTERS/Gleb Garanich