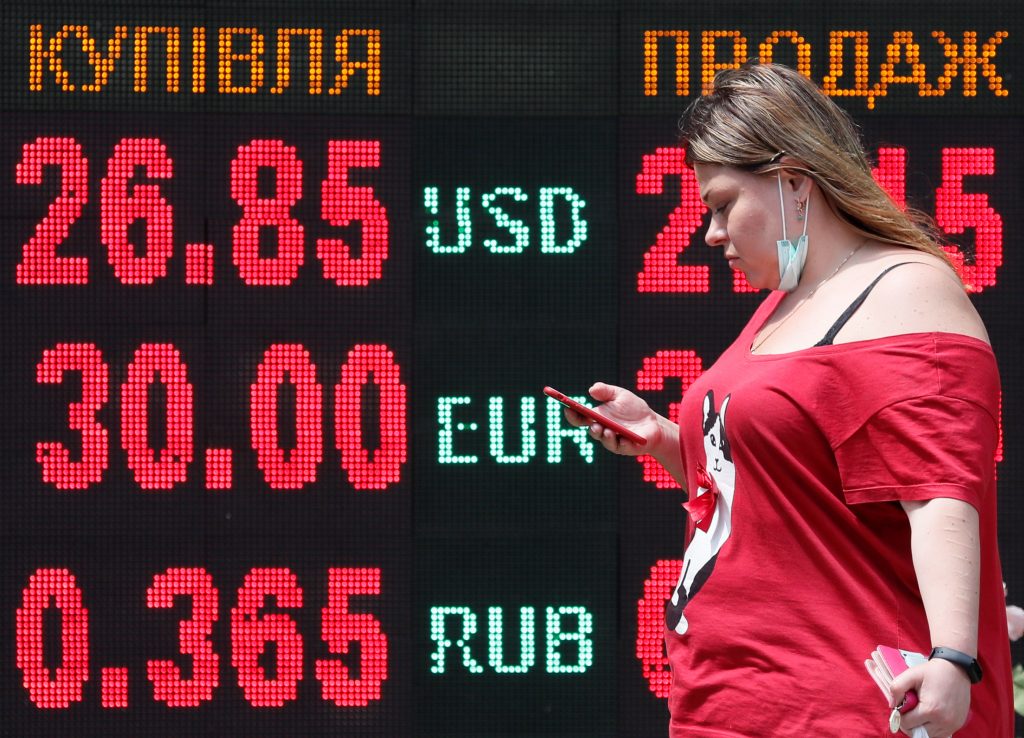 Ukrainian President Volodymyr Zelenskyy’s policymakers appear to have embraced the dangerous idea that high inflation and substantial currency devaluation are good for economic growth. I urge them to rethink these ideas before they cause too much damage.

In the 1970s, much of the Western world was enamored with a similarly simplistic form of Keynesian economics. More money was considered better, and how this was financed was not perceived as important. Central banks were subordinate to governments. The conventional wisdom ran that if unemployment rose, a country needed to accept higher inflation, which would reduce unemployment and promote growth.

Of course, it did not work.

By the end of the 1970s, European countries and the United States faced annual inflation of close to 20 percent, along with high unemployment and low economic growth. This period of stagflation was eventually brought to an end. In 1979, Paul Volcker became chairman of the US Federal Reserve and drove down inflation with high interest rates.

During the next two decades, countries throughout the Western world embraced similar monetary policies. A core principle was central bank independence. The aim of the central bank was to keep inflation low and predictable through monetary policy. Governments were no longer allowed to extract inflationary financing from their central banks.

An additional principle was that exchange rates should float on the market. The central bank was expected to pursue “inflation targeting”, adjusting the interest rate to keep inflation low while allowing the exchange rate to adjust accordingly. Inflation expectations stabilized, as did exchange rates. For the last three decades, all responsible politicians in developed economies have aimed at annual inflation of around two percent, which has largely been the case.

Today, few in the Western world question the logic of these economic principles. Since the global financial crisis of 2008-9, the most developed economies have experienced deflationary pressure, so central banks have tried to boost inflation through quantitative easing. Ukraine, by contrast, has suffered from high inflation as a result of the financial crisis created by Viktor Yanukovych’s plundering of the country.

During the period from 2014 until 2019, President Poroshenko and successive Ukrainian governments managed to build up a normal Western financial framework with the help of international financial institutions. Ukraine established an independent and highly professional central bank, which defeated inflation. It also stopped crooked bank owners from taking large loans from the National Bank of Ukraine (NBU) before passing these loans on to themselves and never repaying them.

In hindsight, it is now possible to argue that in the fall of 2019, the NBU underestimated how rapidly it could beat inflation. This meant that the NBU did not cut the interest rate fast enough, causing the hryvnia to appreciate too much. As a consequence, Ukrainian exports fell slightly in the final three months of 2019.

In the broader context of the generally messy Ukrainian economy, this was a relatively minor mistake. Alas, the current crop of Ukrainian policymakers appears to be preoccupied with this issue, despite the fact that the appreciation behind the decline in exports is already a thing of the past.

For unclear reasons, these policymakers have jumped on the discredited 1970s notion that inflation can stimulate economic growth. It is certainly easy enough to restart inflation. All you have to do is increase public expenditure and finance it with monetary emission. However, high inflation and depreciation will not stimulate growth. On the contrary, it will scare away both domestic and foreign investors. Eventually, the Ukrainian people will have to bear the high cost of bringing down inflation once more.

Despite government assurances to the contrary, it would appear that the Zelenskyy administration has abandoned the idea of an independent central bank, which is a key condition for further cooperation with the IMF. As recently as June 2020, Ukraine signed a new IMF agreement that emphasized the need to respect NBU independence. The government is also apparently contemplating major monetary emissions to boost inflation and drive the depreciation of the hryvnia, which runs counter to the IMF agreement’s goal of financial stability.

The current situation is reminiscent of late 2010, when Ukraine’s then-president Viktor Yanukovych made it clear he would ignore any further IMF advice. As a consequence, Ukraine received no more IMF funding until Yanukovych was gone in 2014. When the IMF refuses financing, other international creditors stop financing as well, and it becomes difficult to sell Eurobonds. In 2012-13, international financial markets were closed to Ukraine.

Given that President Zelenskyy has publicly called for lower interest rates and an 11% devaluation of the hryvnia, it is natural that the Ukrainian currency is currently experiencing a period of accelerated depreciation. Only the foolhardy would buy domestic Ukrainian bonds in this situation, and foreign investors in emerging economies are usually very sophisticated.

Last week’s NBU decision to maintain a relatively high interest rate of six percent had a calming effect on the market. Nevertheless, the hryvnia has fallen in relation to the US dollar by over four percent in July.

A Ukrainian default remains unlikely. Given that Ukraine’s international currency reserves have increased to USD 28.5 billion, the country can manage its international debt payments. Improved terms of trade should also allow Ukraine to obtain a positive balance of payments. However, doing so against a backdrop of weak economic policy will oblige Ukraine to cut imports, leading to a fall in the value of the hryvnia and declining standards of living.

Since March 2020, the Ukrainian government has steadily abandoned the institutions and ideas responsible for the country’s growing macroeconomic stability in recent years. At the same time, Zelenskyy’s team have begun embracing the dangerous objectives of rising inflation and a weakening currency. If this continues, it will deter both domestic and foreign investment while also impeding economic growth. There is no reason to expect significant improvements in the country’s economic outlook until Ukraine returns to a policy of macroeconomic stability.

Image: A woman walks past a board in central Kyiv displaying the latest currency exchange rates. July 2, 2020. REUTERS/Gleb Garanich