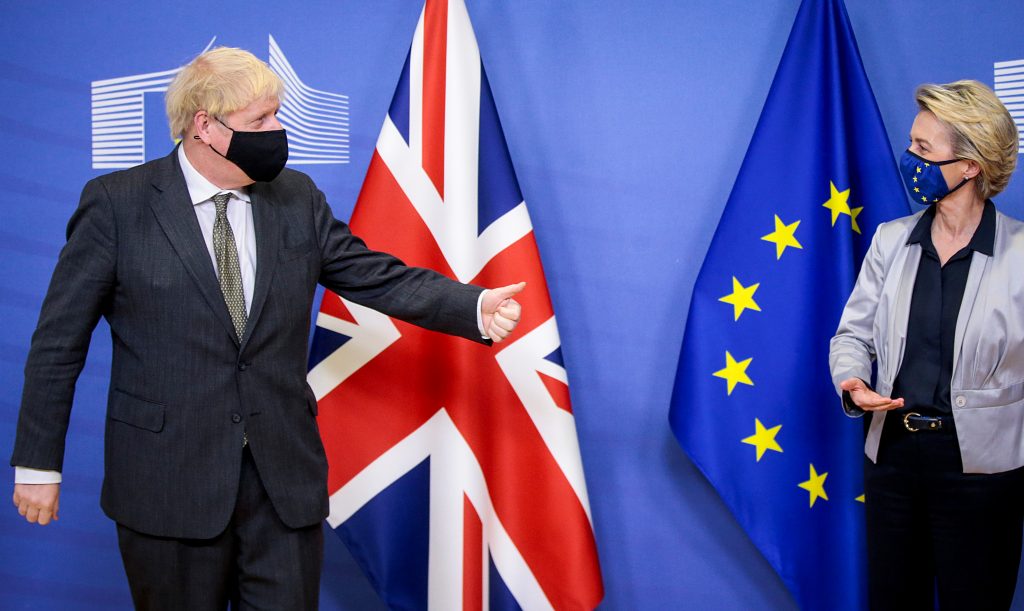 NOTE: We will analyze events related to the storming of the US Capitol in next month’s State of the Order, which will assess the month of January.

A Big Deal for Brexit. After a protracted year of negotiations, Brussels and London reached a post-Brexit trade agreement, just days before Britain’s impending departure from Europe’s single market on January 1. The deal averts the imposition of quotas and tariffs and maintains free trade across the channel, as Britain charts its own course following its formal withdrawal from the EU last January.

China’s Economic Moves. The EU and China announced a new Comprehensive Agreement on Investment (CAI), a deal seven years in the making that significantly expands China’s market to European investors and has been described as the “the most ambitious agreement that China has ever concluded with a third country.” The agreement comes amidst an escalating trade dispute between China and Australia after Beijing posted a fabricated image showing an Australian soldier murdering an Afghan child – a move in which the EU joined the US, Canada, Japan, and other nations in castigating Beijing for its “irresponsible” actions.

Forging a New D-10. British Prime Minister Boris Johnson has invited the leaders of Australia, India, and South Korea to the G7 Summit, which Britain is hosting this summer, marking the first time that the “D-10” grouping of democracies will meet at leaders level (officials from the D-10 have convened at lower levels under the aegis of the Atlantic Council). The move is consistent with President-Elect Biden’s intention to strengthen democratic cooperation by organizing a Summit for Democracy after he takes office.

“And so I say again, directly to our EU friends and partners, I think this deal means a new stability and a new certainty in what has sometimes been a fractious and difficult relationship. We will be your friend, your ally, your supporter…[Although] we have left the EU, this country will remain culturally, emotionally, historically, strategically, geologically attached to Europe…”
– British Prime Minister Boris Johnson