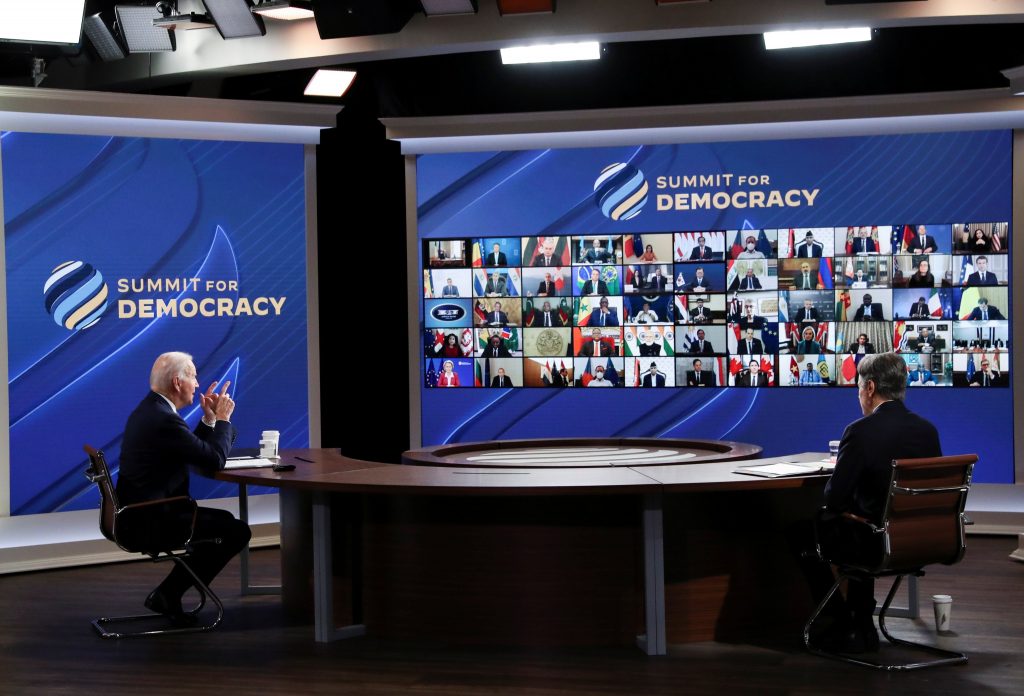 In case you missed it, please read our year-end special edition of State of the Order: Looking Back on 2021, available here.

Biden’s Democracy Summit. President Biden hosted more than one hundred world leaders for a virtual two-day Summit for Democracy, with an agenda focused on countering authoritarianism, promoting human rights, and combating corruption. EU Commission President Ursula von der Leyen followed Biden in welcoming participants to the summit, which kicked off what the administration is calling a “year of action” that will culminate in a second planned in-person summit in late 2022.

Russia’s NATO Gambit. Russia outlined sweeping new proposals calling for the redrawing of European security arrangements, including a NATO guarantee not to allow any new nations to join the alliance and a halt to all NATO military activities in Eastern Europe. US and NATO officials dismissed the proposals, but during a phone call with Russian president Vladimir Putin, Biden agreed to further discussions, including through the NATO-Russia Council and the Organization for Security and Cooperation in Europe (OSCE).

Beijing Olympics Boycott. The United States announced a diplomatic boycott of the 2022 Winter Olympics in Beijing to protest China’s human rights abuses, particularly in Xinjiang, where China has engaged in crimes against humanity against the Uyghurs. Australia, Canada, Japan, Britain, and several other European governments joined in the boycott, but other key allies, including France, Germany, and South Korea, have not.

“[A]s a global community for democracy, we have to stand up for the values that unite us… [W]e’re bringing together leaders from more than 100 governments… to lock arms and reaffirm our shared commitment to make our democracies better… and to make concrete commitments of [how] to strengthen our own democracies and push back on authoritarianism.”