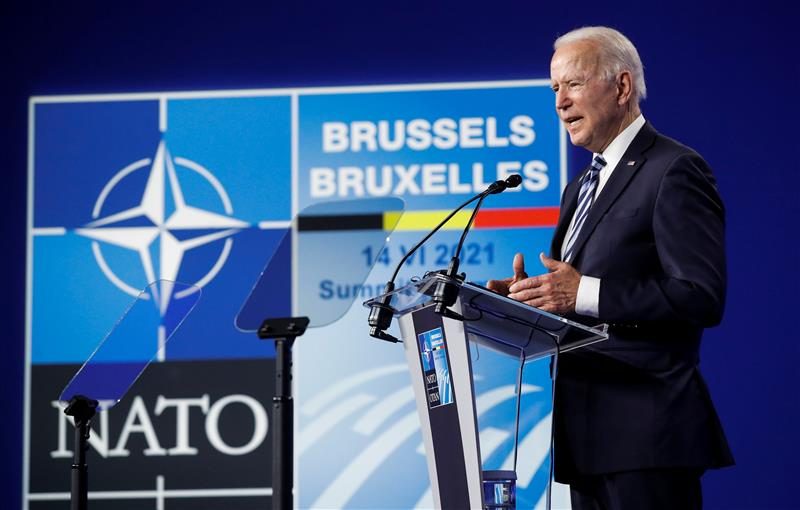 This special edition of State of the Order breaks down the most important events that shaped the democratic world order last year.

America Is Back. The most significant development in 2021 was the return of the United States to its traditional role as leader of the free world. Joe Biden assumed the presidency promising to restore America’s commitment to democratic alliances and multilateral engagement after four years of a markedly different approach. The administration followed through by reaffirming US support for NATO, the G7, and the European Union, and, though unevenly at times, prioritized American support for democracy and human rights – capped by a virtual Summit for Democracy in December. The United States also rejoined the Paris Climate Agreement, the World Health Organization, and the UN Human Rights Council, and sought to reenter the Iran nuclear agreement.

Autocrats Push Back. 2021 was also marked by intensifying efforts by China and Russia to challenge key tenets of the rules-based democratic order. China heightened its military threats against Taiwan, ramped up coercive pressure against democracies such as Australia and Lithuania, dismantled Hong Kong’s democratic institutions, and subjected the Uighurs to crimes against humanity. Russia threatened to escalate its assault on Ukraine, expanded cyber operations against the US and its allies, and bolstered support for dictators facing popular uprisings. The two powers deepened strategic and economic ties with each other while warning that “value-based diplomacy” will provoke division and confrontation.

Afghanistan Debacle. Among the most significant developments of 2021 was the sudden collapse of the US-backed Afghan government in the midst of a chaotic withdrawal by US and NATO troops. Nearly twenty years after being toppled in the aftermath of the 9/11 attacks, the Taliban returned to power, bringing back their fundamentalist regime and oppressive human rights practices, especially against women and girls. The hasty US withdrawal from Afghanistan drew criticism from some NATO allies who felt the decision was made without adequate consultation.

Quote of the year

“We are in the midst of a fundamental debate about the future and direction of our world. We’re at an inflection point between those who argue that… autocracy is the best way forward… and those who understand that democracy is essential to meeting [today’s] challenges… [D]emocracy will and must prevail. We must demonstrate that democracies can still deliver for our people in this changed world. That, in my view, is our galvanizing mission.”

State of the Order in 2021: Strengthened

2021 was a challenging year for the rules-based democratic order. The democracy and security pillars were weakened, but others, particularly alliances and to some degree trade, were strengthened. While autocratic rivals undermined security and the pandemic raged on, America’s recommitment to defend and advance the free world, after a tumultuous year that preceded it, resulted in an order that was relatively strengthened in 2021.

The security order faced increasing threats along a number of fronts in 2021. Key developments:

The trade order was strengthened in 2021, as the United States returned to promoting a free and open global trading system, though it did not pursue any significant new trade agreements. Key developments:

As it continued to face the scourge of the coronavirus pandemic and climate change, the global commons pillar was, on balance, unchanged in 2021. Key developments:

Democratic alliances were significantly strengthened in 2021, as the United States reaffirmed its leadership role. Notable developments:

Our experts weighed in on the year’s top developments

The Atlantic Council organized a series of private workshops with government officials, launched two key reports, and provided insights on strengthening cooperation among democracies and advancing support for a rules-based democratic order. Key highlights from 2021: