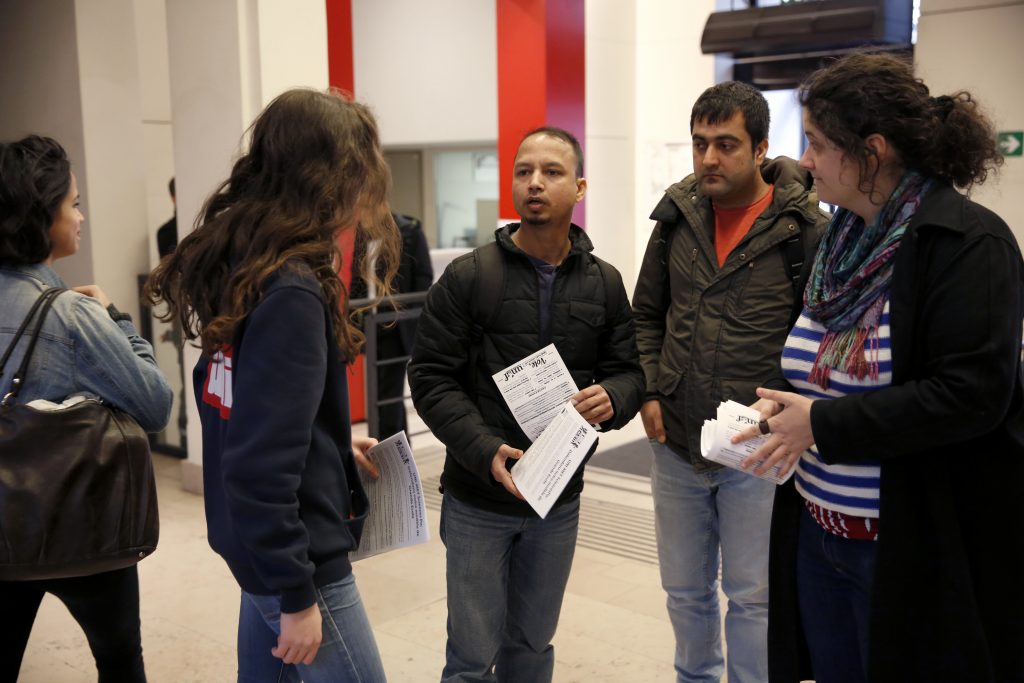 On April 1, 2021, the Atlantic Council’s South Asia Center hosted an event on the politics of knowledge production in Afghanistan and how to can make the policy space more representative and reflective of the peoples, histories, and realities on the ground. Sahar Halaimzai — non-resident senior fellow with the Atlantic Council’s South Asia Center — set the stage by introducing the topic of the event as well as its significance to the dialogues surrounding the Afghan peace process. She then opened the stage to Muska Dastageer, lecturer and anti-corruption expert with the American University of Afghanistan as well as the event moderator. Ms. Dastageer began by highlighting the crux of why the politics of knowledge production are not just an abstract concept, but a very real and practical concept that influences policy-making, the outcomes of political processes, and the dissemination of resources. She then introduced the esteemed panelists that included Dr. Orzala Nemat, Director of the Afghanistan Research and Evaluation Unit; Bashir Safi, Former Senior Adviser for the Afghan National Security Council; and Mariam Safi, Co-Director of the Afghanistan Mechanism for Inclusive Peace (AMIP).

After brief introductions, Ms. Dastageer asked Dr. Nemat if research production spaces have evolved in how they reflect Afghan expertise and how they should evolve in the future. Dr. Nemat expressed that her answer was contextualized by the understanding that knowledge is power, and that knowledge exists in many forms within society. She continued that within the context of war, violence, conflict, and intervention, Afghanistan has seen different forms of knowledge created for different purposes, and some of that knowledge production was exploited by international forces who were willing to fund specific research by Afghan scholars in the past. However, the level of knowledge and understanding has changed within the younger Afghan generation compared to previous decades due to renewed self-determination among youth. Dr. Nemat emphasized that her organization, the AREU, was unique from other research spaces within Afghanistan in that its agenda was not completely donor-driven and thus not prone to exploitation by external forces. Dr. Nemat also highlighted that Afghan field data-gatherers influence policy in Afghanistan, but were not given any credit in the past. She concluded that the way forward for Afghans is to find more opportunities for Afghans to take the lead in knowledge producing, especially within international spaces.

Following this, Ms. Dastageer asked Mr. Safi how his specific experiences have helped him shape policies on the ground, and to explain his policy-making process. Mr. Safi explained that knowledge production in Afghanistan needs to be contextualized by conflict within Afghanistan. Mr. Safi said that Afghanistan did not have issues with creating data, but instead had issues with authenticity due to suppression of data by stakeholders who wish to monopolize conversations surrounding Afghanistan. These stakeholders also stifle and derail the voices of women and other minorities in their fight for control over Afghan narratives. Mr. Safi expressed concern over the erasure of diverse Afghan narratives along with deliberate misinterpretation of collected data by Afghan data gatherers. He explained that not only would the peace process suffer, but there would also be many human casualties and financial losses in the long-run if these trends in knowledge exploitation continued in Afghanistan.

Ms. Dastageer then turned to Mariam Safi to inquire about the challenges she faced within the peace process in trying to ensure that her work reflects the viewpoints of Afghan people. Ms. Safi replied that knowledge production in Afghanistan often does not include the Afghan lens discussed how the stakeholders involved with Track 1 of the peace process politicized local views and categorized those local views as illegitimate in comparison to their “real” opinions. She continued that inclusivity of all voices are important though it is difficult to do so. Ms. Safi’s work with AMIP lays a roadmap for how local Afghan people can still be included in the peace process by presenting them with a referendum to deliberate and vote on. Her vision is one of an Afghanistan where Afghan voices are centered, including: grassroots activists, community elders, and religious leaders.

Ms. Dastageer then asked Ms. Safi a follow-up question pertaining to how she planned to transfer the multitude of Afghan voices and perspectives to the negotiating table. Ms. Safi replied by providing insights into her work with both the Afghan government’s negotiating team and the Taliban’s negotiating team. She then described the challenging task of consolidating the viewpoints of all stakeholders, local voices, and their respective networks within the peace talks. Ms. Safi reiterated that the goal of AMIP is to collect and track as many local voices as they can — as fast as possible — for the purposes of moving forward in the peace process and towards violence reduction. She also discussed her work with the Women and Public Policy Journal to produce knowledge where the lens of Afghan women are centered.

In conclusion, Ms. Dastageer thanked all the speakers and the Atlantic Council for their efforts in facilitating the event at this critical juncture within the course of Afghan history. Ms. Dastageer asserted that the voices of Afghan people need to be “front and center” in the discussion of sustainable peace in Afghanistan. She expressed that — though there has been progress in discussions of the politics of knowledge production regarding Afghanistan affairs — more such conversations must take place in order to understand the many perspectives on this issue.

The Atlantic Council, in partnership with the U.S.-Afghan Women’s Council and the American Council on Women, Peace and Security, hosted a conversation on the efforts made by Afghan women and their US partners to improve women’s leadership opportunities in Afghanistan, what these improvements mean for Afghan women, and the critical role women play in Afghanistan’s aspirations for long-term peace.