War has once again broken out in the South Caucasus over Nagorno-Karabakh. A ceasefire brokered in Moscow two weeks back has been violated regularly. To promote an effective ceasefire, Russian President Vladimir Putin has invited Armenian Prime Minister Nikol Pashinyan and Azerbaijani President Ilham Aliyev to Moscow. Meanwhile, US Secretary of State Mike Pompeo will meet separately in Washington this week with Armenian Foreign Minister Zohrab Mnatsakanyan and Azerbaijani Foreign Minister Jeyhun Bayramov.

On Friday, October 23, H.E. Zohrab Mnatsakanyan, minister of foreign affairs for Armenia, joins Eurasia Center Director John Herbst for a one-on-one conversation regarding his talks in Washington, Yerevan’s position on the conflict, and the prospects for establishing a true ceasefire and finding a negotiated solution to the Nagorno-Karabakh issue.

Conflict The Caucasus
Images from the event

H.E. Zohrab Mnatsakanyan joins for an in-person discussion with a virtual audience. 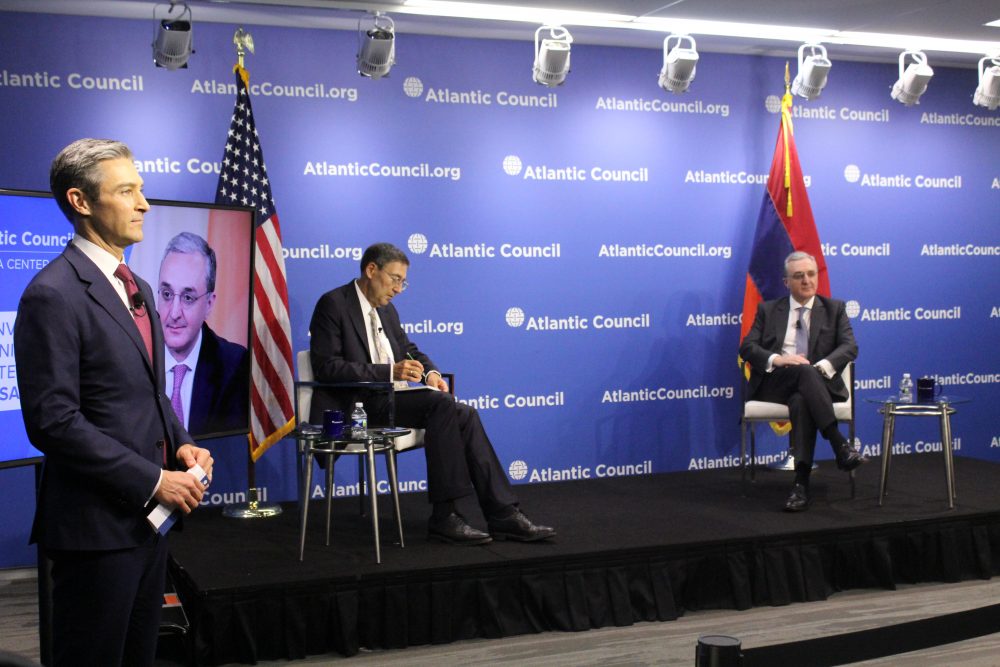 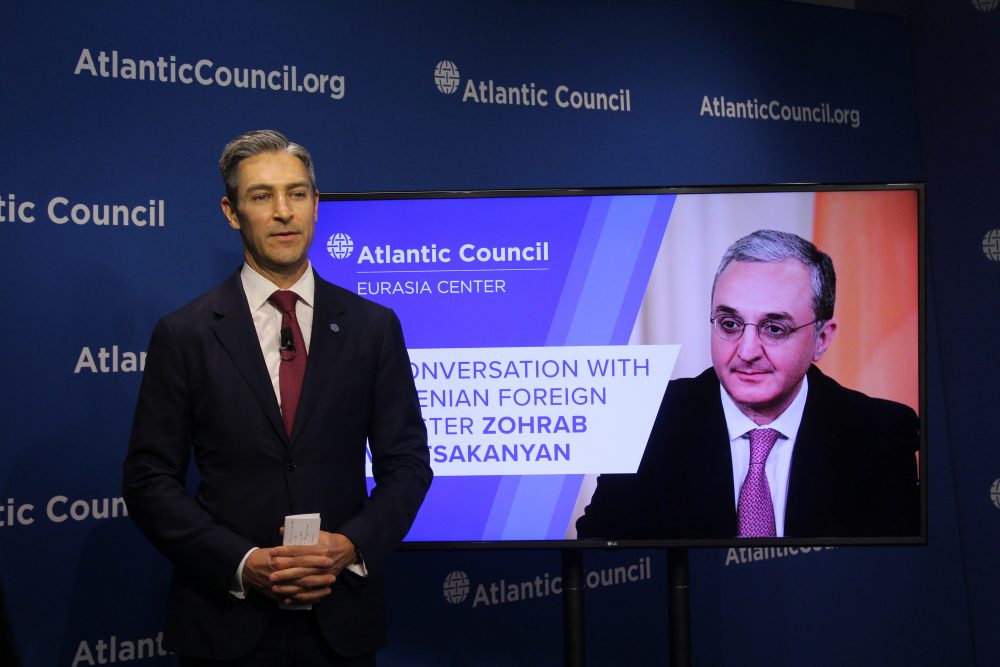 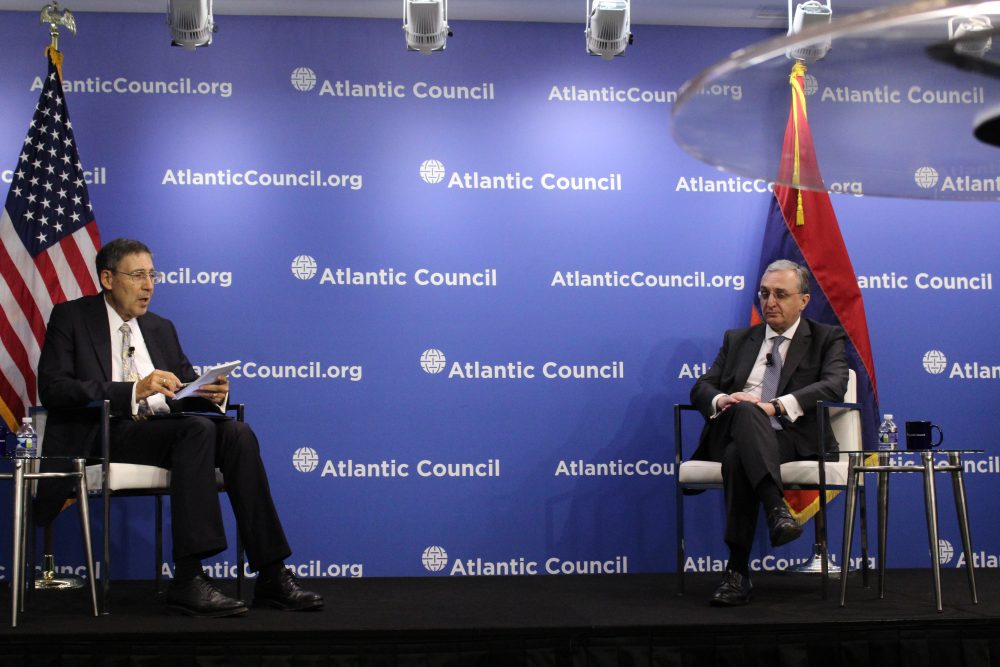 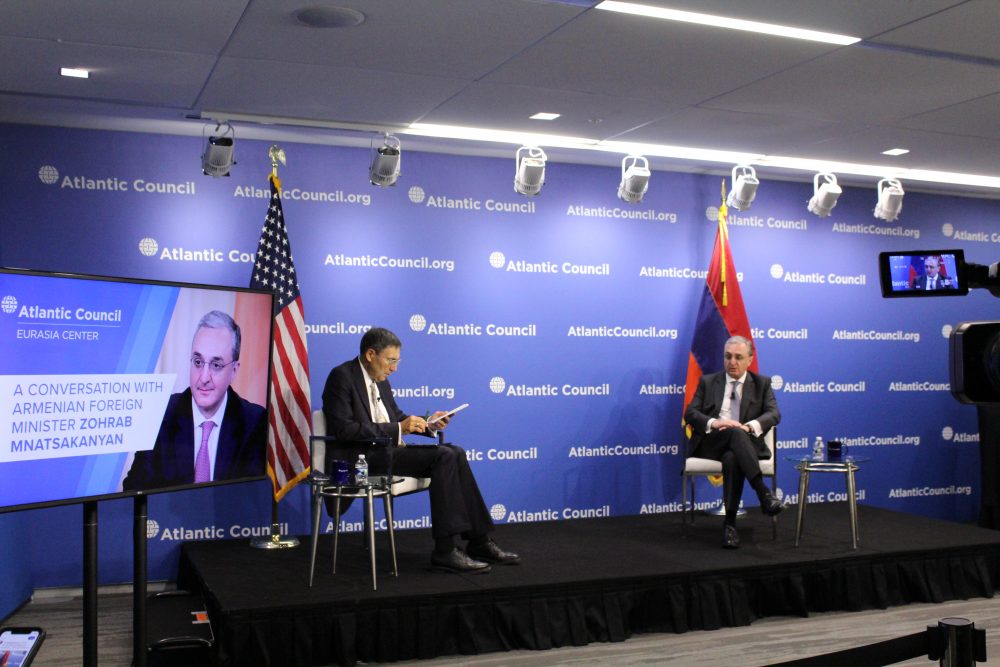 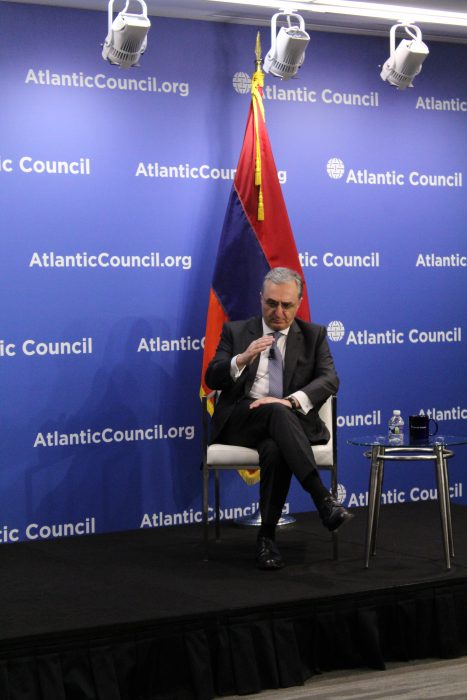