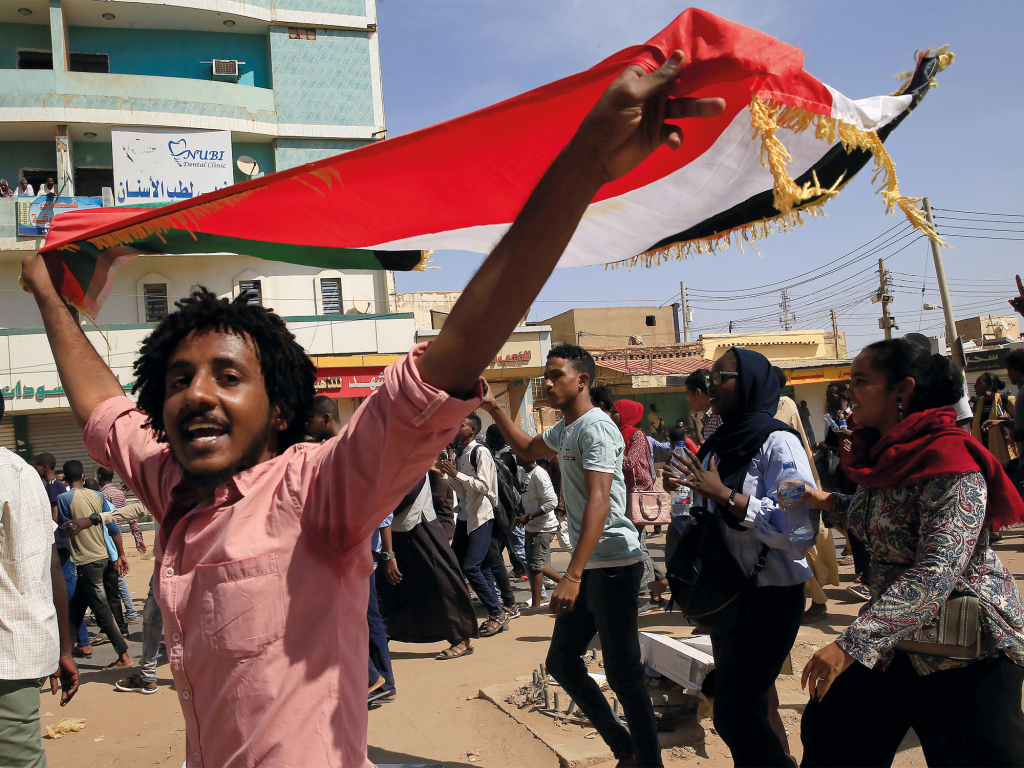 The mission of the Atlantic Council’s Africa Center is to prepare American policymakers and investors for the onset of the African century by promoting dynamic geopolitical partnerships with African states and multilateral institutions.

African nations have mostly escaped the heavy death toll and hospital bed shortages faced by Western countries, but the COVID-19 pandemic has dealt a disproportionately severe blow to the continent’s economic ambitions. Fortunately, robust collaboration between African public and private sectors, and particularly innovative financing measures from African development institutions—including members of the Africa Center’s new Afro-Century Initiative, such as the Africa Finance Corporation and Eastern and Southern African Trade and Development Bank—have helped to address what Kenyan President Uhuru Kenyatta described (in public remarks to an Atlantic Council audience in June 2020) as an urgent need for fiscal space.

Democratic values are not an external good, but a genuine African tradition. Some would be surprised to discover that those African democratic traditions could even inspire the democratic exercise in Western countries.

The Africa Center’s Coronavirus: Africa page documented the early impact of the pandemic, and virtual convenings with the leadership of the Africa Centers for Disease Control and Prevention and the World Food Programme highlighted the early successes and agency of African stakeholders in combatting the crisis. The likelihood of greater pan-African collaboration in the wake of COVID-19 was a key finding of the center’s report on great power competition in Africa in the post-COVID landscape.

COVID-19 did not slow the pace of political developments in Africa in 2020. Sudan’s transitional government achieved a watershed when the US State Sponsors of Terrorism (SST) designation was finally lifted and a massive aid package was bestowed on the nation in exchange for normalization of relations between Khartoum and Tel Aviv. The Africa Center’s convenings and analysis on this topic provided thought leadership across the political spectrum that helped steward the SST lifting to a successful conclusion. Additionally, the center’s robust analysis of the conflict in northern Ethiopia between the administration of Prime Minister Abiy Ahmed and members of the Tigrayan People’s Liberation Front (TPLF) helped to shape perceptions of the dispute both regionally and in Washington, DC.

Looking ahead, it is clear that in 2021 the Biden administration will be challenged by the need to repair and reinvigorate key bilateral relationships on the continent. With new US leadership in place, there remains significant uncertainty as to how many of the Trump administration’s initiatives will be abandoned. According to Senior Fellow Aubrey Hruby, Prosper Africa’s launch was problematic, but in concert with the launch of the new US International Development Finance Corporation (DFC) and its equity capability, it signaled a concrete shift in US priorities to “trade, not aid” that was long overdue. The Africa Center marked that transition with a summit-level conference hosted in cooperation with the DFC, which laid out the United States’ all-of-government approach to Africa policy and, importantly, underscored the essential role of African development finance institutions in the process.

It was at this conference that the center launched an Afro-Century Initiative, founded in partnership with the Africa Finance Corporation and made possible by thought leadership from Senior Fellow Ambassador Rama Yade. This initiative aims to bring together a coalition of African development finance institutions to forge a more authentic, optimistic narrative on Africa.

In 2021, the Africa Center aims to bridge the distance between US and African leaders through a series of targeted interventions and by promoting a narrative of confidence in Africa’s future. The center will also seek to reframe official and investor narratives about the African continent, working to right-size risk perceptions and to create a sense of urgency and enthusiasm about participating in African states’ growing prosperity.

Image: A Sudanese protester carries the national flag as demonstrators gather ahead of a rally to put pressure on the government to improve conditions and push ahead with reform in Khartoum, Sudan in 2020. REUTERS/MOHAMED NURELDIN ABDALLAH