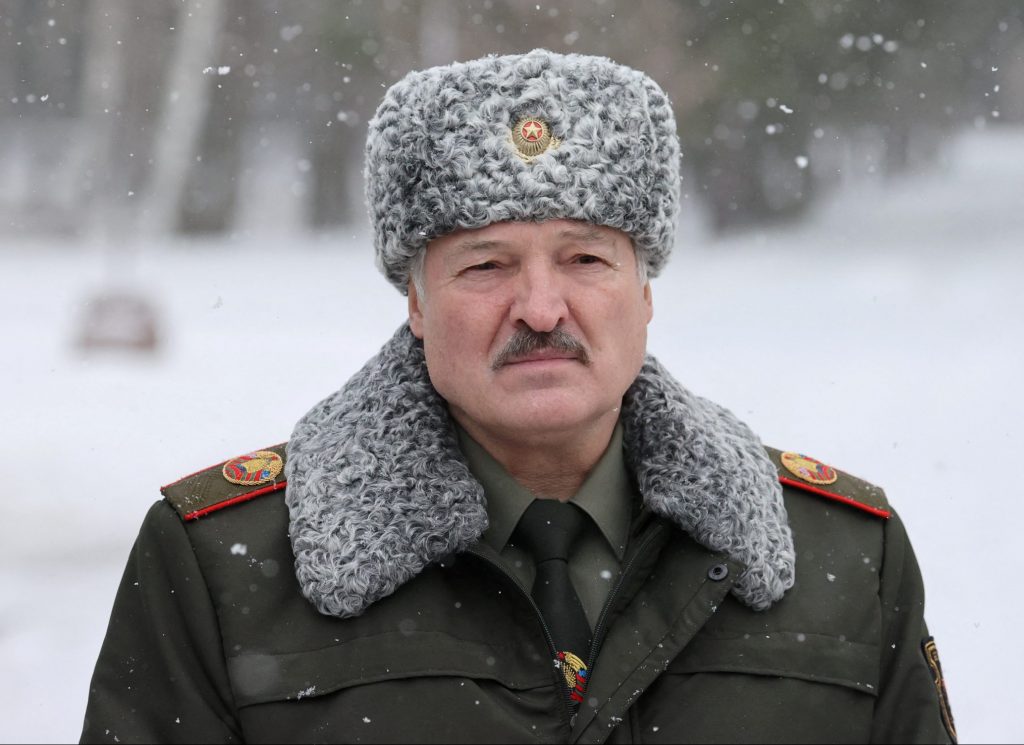 If Russia proceeds with its threatened invasion of Ukraine, it is increasingly clear that Alyaksandr Lukashenka’s autocratic regime in neighboring Belarus will also need to be viewed as a full combatant in the war.

According to Belarusian media reports, the Russian troops that entered the country on January 17 ostensibly for military exercises scheduled to begin in February have begun taking up positions in the Homyel region near to Belarus’s southern border with Ukraine.

Moscow also continues to station an estimated 100,000 troops close to the Russian border with Ukraine and has announced a series of additional military drills across its territory, including in its western exclave of Kaliningrad, which borders Belarus as well as NATO members Lithuania and Poland.

The enhanced troop deployments in Belarus mean that Russia can now attack Ukraine from the east and southeast from Russia, from the south via the annexed Crimean peninsula, and from the north via Belarus.

In an interview with RFE/RL’s Current Time television, the director of the Kyiv-based Penta Center for Political Studies Volodymyr Fesenko said the deployment of Russian troops in Belarus “could be at minimum a way to blackmail Ukraine, or they may indeed be used for military action. The Russian authorities have started a very adventurous and tough game.”

And as Belarusian military analyst Yegor Lebyadok wrote on his Telegram channel, Moscow’s game carries very real risks for the Lukashenka regime. “If Belarus provides its territory for an attack on Ukraine, this will, according to international law, mean aggression against Ukraine,” he wrote. “Ukraine will be able to respond to this with missile strikes, the use of aviation, UAVs, and also send sabotage groups to Belarus,” he added.

Recent Russian troop deployments in Belarus have also raised concerns among Belarus’s western neighbors. Lithuanian Defense Minister Arvydas Anusauskas wrote on his Facebook page on January 19 that “the entry of Russian military forces into Belarus is not only a destabilizing factor but also an even greater direct threat to Lithuania.”

In response to this perceived threat to Lithuania and other NATO allies bordering Belarus on the alliance’s eastern flank, US President Joe Biden is considering sending thousands of troops and military hardware to Eastern Europe. The Pentagon announced on January 24 that the United States has placed 8,500 troops on heightened alert for possible deployment to Eastern Europe.

Evelyn Farkas, who served as Deputy Assistant Secretary of Defense for Russia, Ukraine, and Eurasia in the administration of former US President Barack Obama told The New York Times that America’s recent moves are “clearly in response to the sudden stationing of Russian forces in Belarus, on the border, essentially, with NATO.”

“There is no way that NATO could not reply to such a sudden military move in this political context,” commented Farkas. “The Kremlin needs to understand that they are only escalating the situation with all of these deployments and increasing the danger to all parties including themselves.”

It is not just in the traditional kinetic military sense that Belarus has become a combatant and participant in Russia’s aggression against Ukraine.

As I wrote in this space last week, Serhiy Demedyuk, deputy secretary of Ukraine’s National Security and Defense Council, told Reuters that a hacking group known as UNC1151, which is reportedly connected to the Belarusian security services, was responsible for a January 14 cyber attack against Ukraine that posted threatening messages on Ukrainian government websites warning Ukrainians to “be afraid and expect the worst.” Demedyuk added that “the defacement of the sites was just a cover for more destructive actions that were taking place behind the scenes.”

In November 2021, the US cyber security firm Mandiant published a report claiming with “high confidence” that UNC1151, which has in the past launched cyber attacks against Lithuania, Latvia, Poland and Ukraine, was connected to the Belarusian government.

But as the Lukashenka regime discovered this week, cyberwar can cut both ways. A group of pro-democracy Belarusian hackers known as the Cyber Partisans announced on Twitter and Telegram that they had infiltrated the country’s rail network in order to disrupt the movement of Russian troops. The group is demanding the release of 50 political prisoners in need of medical attention and calling for the withdrawal of Russian forces from Belarus.

In the past, Lukashenka had gone to great lengths to stay out of Russia’s conflicts with the West and with Ukraine, most notably during and after the 2014 annexation of Crimea and Moscow’s armed intervention in the Donbas. But this time he is all in. And if Russia invades Ukraine, Belarus needs to be treated as a full combatant and co-aggressor, with all the costs and sanctions that such a status implies.