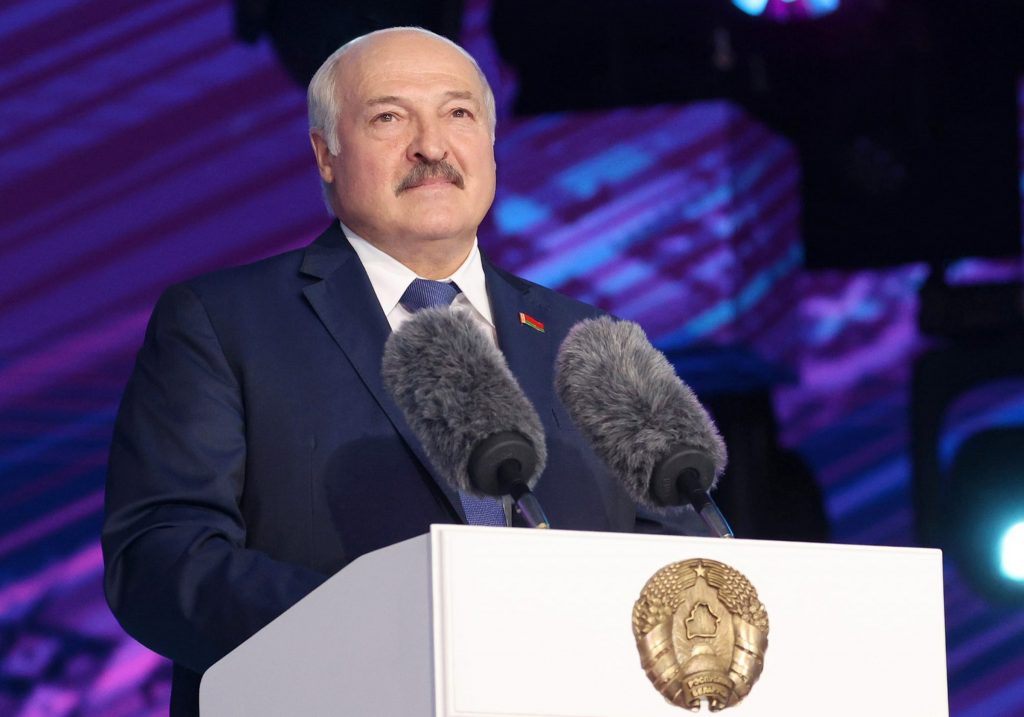 In addition to enacting a harsh crackdown on civil society activists and independent journalists, Belarus dictator Alyaksandr Lukashenka is now also going after their money.

Since the beginning of this year, Belarusian law enforcement have raided journalists’ homes or offices 107 times according to the Belarusian Association of Journalists. Since July 8 alone, 63 raids have been conducted and 33 journalists remain incarcerated.

And this week, at least three civic organizations (the Belarusian Association of Journalists, the charitable foundation Imena, and the Belarusian PEN Center) had their bank accounts frozen.

The crackdown on NGOs and media and the freezing of their accounts came just weeks after Lukashenka issued a decree giving the Belarusian National Bank sweeping powers over foreign currency exchange.

According to the July 9 decree, the National Bank has the right to prohibit the sale and purchase of foreign currency, confiscate euros and US dollars and unilaterally convert them into Belarusian rubles, and restrict the right of Belarusian residents to open and maintain foreign bank accounts.

The powers would come into force in the event of a “threat to national security,” if foreign exchange reserves “fall below a permissible level,” or in the event of “sharp fluctuations” in the Belarusian ruble’s exchange rate. The decree, which expands on an edict Lukashenka issued in April 2021, does not provide specifics on these conditions, giving the authorities broad powers to impose the currency restrictions at their own discretion.

The new currency rules come as Western sanctions have effectively cut Belarus off from Western capital markets and other key sources of foreign exchange earnings. But they also provide a political weapon that can be deployed against the opposition, civil society organizations, and journalists.

Lukashenka’s tactics with independent media and civic organizations, combining a draconian crackdown with efforts to defund and bankrupt them, appear to be mirroring and mimicking those of Vladimir Putin’s regime in Russia. In addition to freezing the bank accounts of opposition organizations like Alexei Navalny’s Anti-Corruption Foundation, Kremlin surrogates have also filed frivolous lawsuits and courts have enforced dubious bills for services allegedly provided by restaurants and other businesses.

As Lukashenka escalated his efforts to defund the opposition in Belarus, opposition leader Sviatlana Tsikhanouskaya was in Washington to push the United States and the European Union to effectively bankrupt Lukashenka’s authoritarian regime.

Tsikhanouskaya met with US Secretary of State Antony Blinken, National Security Advisor Jake Sullivan, USAID Director Samantha Power, members of Congress, and other officials. She said she delivered a list to Blinken on July 19 of companies in Belarus’s potash, oil, wood, and steel sectors that the opposition would like to see sanctioned.

In remarks to reporters, Tsikhanouskaya said the measures she is proposing, including sanctions on the potash producer Belaruskali, would go beyond existing US and EU sanctions. “I think it’s high time for democratic countries to unite and show their teeth,” she said at an event hosted by the Atlantic Council.

Speaking to reporters, Tsikhanouskaya said escalating the existing Western sanctions regime against Lukashenka “will be a real hit on him, to make him change his behavior and to release political prisoners.”

The opposition leader addressed the elephant in the room, calling on Russia to stop bankrolling Lukashenka. But she also appeared to acknowledge that the Belarusian dictator’s isolation could drive him deeper into Moscow’s arms, saying that the relationship “at the moment is so close that the next step is loss of independence. We understand that Lukashenko has to pay for the support of the Kremlin.”

The evidence is mixed on whether Western sanctions would have the effect of driving Belarus deeper into Russia’s embrace or if they would deter Russia from backing Lukashenka.

In a column for The Washington Post this week, Daniel Drezner, a professor of international politics at the Fletcher School of Law and Diplomacy at Tufts University, cited a 2019 paper in the journal Democratization  which concluded that sanctions on Belarus between 2004-16 tightened Russia’s grip on the country. Lukashenka “does not want to lose any further autonomy to Russia, but he does not want to lose power either. When faced with a hard choice, he will appease Putin rather than the West,” Drezner wrote.

​​This is correct. But there is also evidence that the current Western sanctions are having a deterrent effect on Russian support for Lukashenka. TASS reported on June 24 that Russian oil giants Rosneft and Surgutneftgaz had not reserved any pipeline volumes for transporting oil to Belarus’s state-owned Naftan refinery, which is under US sanctions, for the third quarter of 2021.

Reuters reported back in May, citing unidentified sources, that “Russian oil exporters may suspend supplies to Belarus’s Naftan refinery” due to US sanctions. According to the report, “Russia’s Rosneft and Surgutneftegaz do not plan to supply oil to Naftan in May” because they “are concerned they could be penalized if they continue dealing with Belarusian businesses.”

The money wars in Belarus resemble a complex game of multidimensional chess with multiple moving parts. Lukashenka is aggressively moving to defund the opposition and civil society. The opposition is seeking tougher Western sanctions. And Russia is waiting in the wings while steadily enlarging its footprint in its smaller Western neighbor.

To thread this difficult needle, Western policy needs to view sanctions against Belarus and Russia as components of a coherent whole. As I have argued in this space, so long as Putin continues to enable and bankroll Belarus, the United States and its allies need to sanction the Putin-Lukashenka axis of autocrats as a unit.

Vladimir Putin has a proven skill for surreptitiously playing the arsonist and then offering his services as a firefighter. He may now be employing these same tactics in his approach towards the crisis in neighboring Belarus.