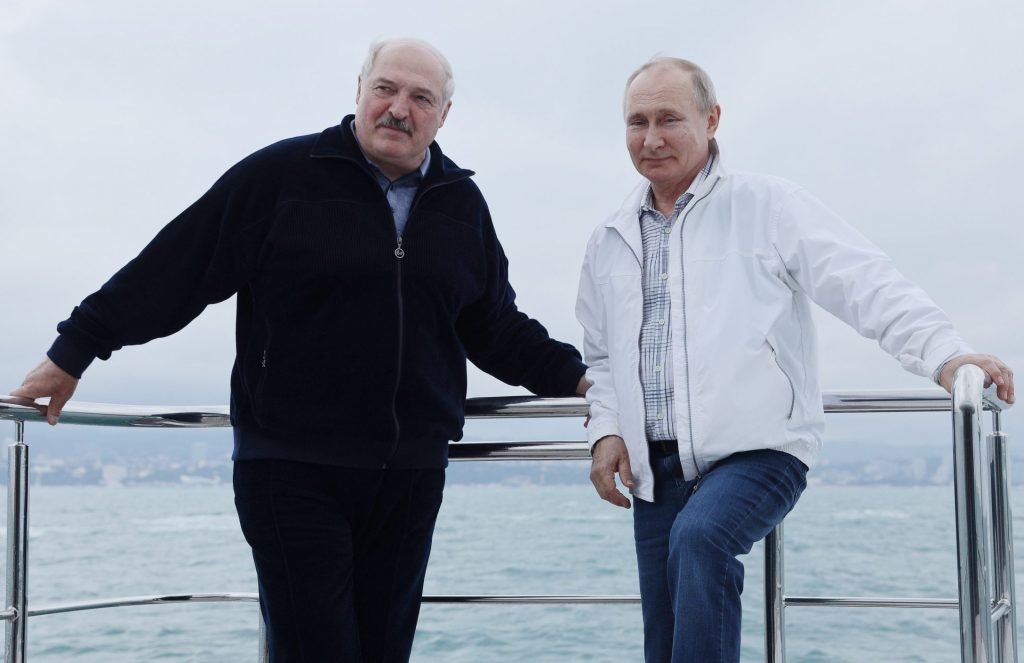 I have written in this space that a combination of several factors make such involvement highly plausible, at the very least. These factors include the integration of the Russian and Belarusian air defense systems; the deep infiltration of Russian agents in the Belarusian security services; and Moscow’s openly supportive stance toward Belarus after the fact.

In a confidential unpublished report this week, Sivitsky’s Center for Strategic and Foreign Policy Studies, which is known for having excellent sources in both Minsk and Moscow, wrote that mounting evidence suggests “the Belarusian side received information about Pratasevich’s travel from the Russian special services and decided to use it to detain the journalist.”

On May 26, Belarusian authorities announced they would prosecute Pratasevich’s girlfriend, Sofia Sapega, who is a Russian citizen. Sapega appeared in a video in which she made a confession that seemed to be coerced.

The Kremlin’s reaction indicates that Putin is not particularly bothered by Sapega’s plight. Putin and Lukashenka met for a two-day summit in Sochi on May 28-29, their third meeting this year, which included a friendly photo-op on a 54-meter luxury yacht.

After the summit, Kremlin spokesman Dmitry Peskov told reporters, “the topic of the Russian citizen who was detained was raised [and] naturally, we are not indifferent to her fate.” Peskov added, however, that the Kremlin would take note of the fact that Sapega also has a Belarusian residency permit. Meanwhile, Putin approved a second USD 500 million loan to Belarus.

It would, however, be a mistake to view Russia’s actions regarding the Ryanair hijacking as simple solidarity between the Putin-Lukashenka axis of autocrats. Putin’s game here appears to be much more sophisticated and bears all the hallmarks of a classic reflexive control operation.

Putin’s strategic goal in Belarus is not necessarily outright annexation. It is to turn Belarus into a pliant and obedient client state, albeit one run by a less mercurial and troublesome figure than Lukashenka.

As the ensuing international crisis turns Lukashenka into even more of an international pariah, this makes him increasingly dependent on Putin. It also offers another key benefit going into the June 16 Putin-Biden summit in Geneva. The crisis creates an opportunity for Putin to make a “concession” to Biden by pledging to ease Lukashenka out of power via the constitutional reforms which the Kremlin has already been pushing in Belarus for some time.

As Sivitsky writes, if this works, “the decision that the Kremlin imposes on Lukashenka as a result of the political crisis will in many ways not be opposed by the United States. From the outside, everything will look like some kind of democratization of Belarus after Lukashenka’s departure.”

Moscow’s current efforts to turn Belarusian territory into a platform for Russia’s armed forces are accompanied by moves to accelerate an economic integration that could amount to a soft annexation.