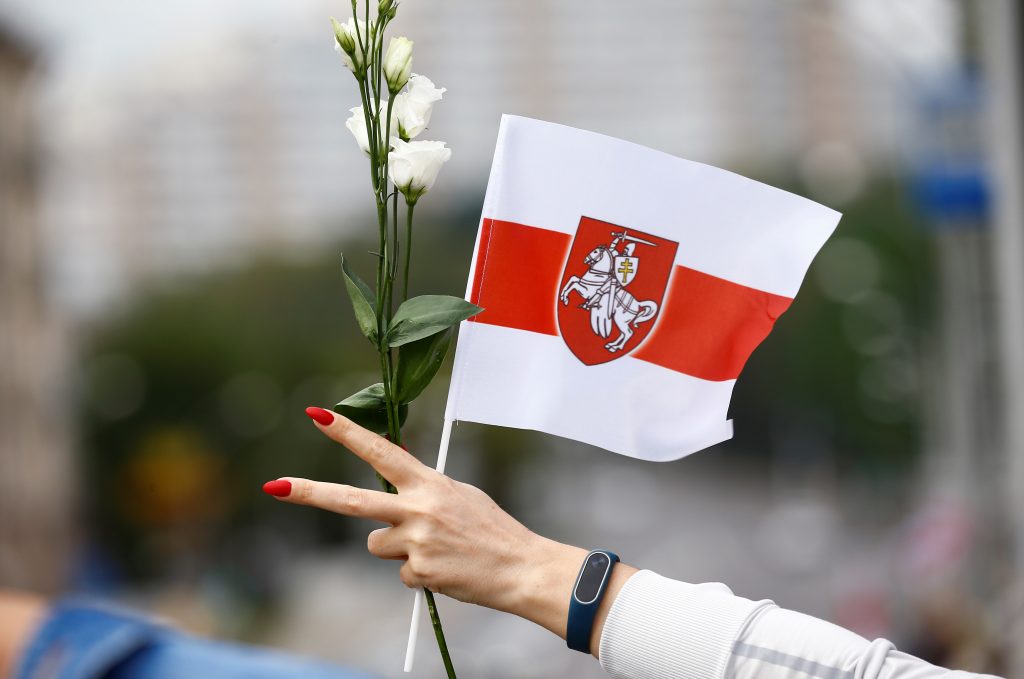 If there is one thing that everybody seems to agree on, it is that Belarus is headed for a very hot spring season.

In a message posted on Telegram on February 22, opposition leader Sviatlana Tsikhanouskaya called on Belarusians to take to the streets for mass demonstrations on March 25, accusing the country’s strongman ruler Alyaksandr Lukashenka of causing a “terrible crisis in Belarus.”

Tsikhanouskaya also called him “the main threat to the country’s independence” who was “trying to sell Belarus piece by piece in exchange for loans and support,” a clear reference to the USD 1.5 billion loan Russian President Vladimir Putin offered to Lukashenka during their recent meeting in Sochi.

A week later, Tsikhanouskaya predicted in an interview with Bild am Sonntag that pressure from the West will force the downfall of the Belarusian dictator. “Lukashenka’s regime will fall this year. I think he will leave in the spring,” she said.

Likewise, Pavel Latushko, a former Belarusian Culture Minister currently living in exile in Poland who is a leading member of the Belarus opposition’s Coordinating Council, told Deutsche Welle that a “decisive battle” was looming this spring and called on the West to impose tougher and more comprehensive sanctions against the Lukashenka regime.

The looming Belarusian spring showdown promises to be a high-stakes game of multidimensional chess. While the Belarus opposition seeks Lukashenka’s removal and sincerely aspires to the establishment of a more humane and pluralistic political system in their country, Russia is seeking to either hijack this democratic uprising or leverage it to achieve its own geopolitical goals that have little to do with the hopes of the Belarusian street.

For its part, the West must thread a difficult needle. It needs to support the democratic aspirations of Belarusian civil society while at the same time protecting its own security interests. This means preventing Russia from tightening its grip on its neighbor and using Belarus as a military platform that could threaten NATO members Latvia, Lithuania, and Poland.

Political analyst Arsen Sivitski, director of the Minsk-based Center for Strategic and Foreign Policy Studies, told Belsat that with the Belarusian economy reeling, “Moscow will limit financial support to Belarus.” This, he added, “will lead to socio-economic destabilization and protests, which Moscow will try to use” to either force Lukashenka to be a more obedient client or to facilitate his removal.

One of Putin’s main objectives in Belarus is a new airbase in the eastern Belarusian city of Babruysk that would station SU-27 fighter jets manned by Russian pilots. Lukashenka has been resisting this for years, but may now be ready to acquiesce.

Citing a partial transcript of the Putin-Lukashenka summit in Sochi last week, Bloomberg reported that Lukashenka may be ready to host new Russian fighter jets and pilots as long as Belarusians also have access to the aircraft.

Lukashenka has been less pliant and subservient to Moscow on other issues. Russia is seeking to force Lukashenka into accepting constitutional changes transforming Belarus into a parliamentary republic that Moscow would then be able to dominate and control through Kremlin-friendly political parties and media.

Such an outcome would effectively end Lukashenka’s rule. On March 2, Lukashenka appeared to reject this, saying bluntly that there would be “no transfer of power” in Belarus. Instead, he stressed that Belarus remains “a sovereign and independent state.”

The twin messages appear to indicate that in his desperation to cling to power, Lukashenka is prepared to give in on Russia’s quest for a new military base on Belarusian territory, so long as Moscow does not pressure him to step down.

Given this emerging reality, and in light of the security threat a new Russian base in Belarus would represent, the West will need to adjust its sanctions policy in order to achieve its goals in Russia and Belarus simultaneously.

Pavel Slunkin, a visiting fellow at the European Council on Foreign Relations, told World Politics Review that Russia is seeking to leverage Lukashenka’s vulnerability to enhance its footprint in Belarus. As a result, some commentators are now suggesting that the West should consider sanctioning Russian companies and officials involved in these efforts.

Such a policy would keep the West on the side of democracy in Belarus, while simultaneously deterring Moscow and raising the costs of Russia’s machinations.

The looming hot spring in Belarus does indeed promise to be a high-stakes showdown. For the country’s pro-democracy movement, it represents a chance to end over 26 years of dictatorship. However, the geopolitical implications mean that Russia and the West will also be very much engaged as events unfold over the coming weeks.

A Minsk court sentenced journalists Katsiaryna Andreyeva and Darya Chultsova to two years in prison on February 18 in a case that highlights the war against free speech that is accompanying Belarus dictator Alyaksandr Lukashenka’s crackdown on the country’s six-month pro-democracy uprising.

Image: The leaders of Belarus's pro-democracy protest movement have called for a renewal of mass demonstrations beginning on March 25. (REUTERS/Vasily Fedosenko)