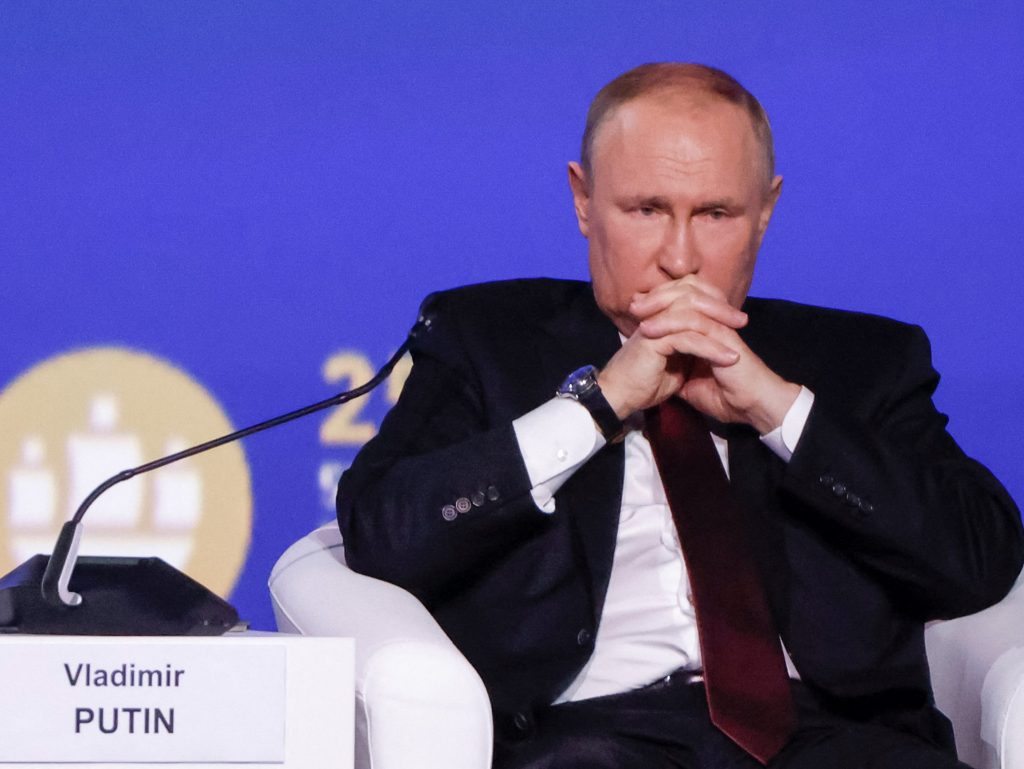 In the previous edition of the Global Sanctions Dashboard, we may have expressed some slight impatience at Europe’s lack of resolve in diversifying away from Russian hydrocarbons. However, in early June, after painstaking negotiations among the 27 member states, the EU did agree on banning seaborne imports of Russian oil and reducing Russian oil imports by 90 percent by the end of this year. Pressure had grown in the intervening weeks, as Russia’s record revenues–enabled by high prices–had helped the ruble appreciate beyond pre-invasion exchange rates.

This week’s main development has been Russia’s (predictable) failure to meet small dollar-denominated interest payments. The Ministry of Finance had skillfully avoided defaulting in April but, this time, the expiration of the US Treasury exemption for the servicing of foreign debt simply meant that Western institutions could not process payments to bondholders.

In this summer edition of the Global Sanctions Dashboard, we will delve into both of these developments. But that’s not all. As the US Government starts to pick up on small Chinese firms “backfilling” for embargoed Western goods, we consider the likelihood of secondary sanctions imposed against China. We also look at the trends in designations of individuals and firms and check out sanctions on illicit actors in the Middle East.

Back in April, some were surprised that Russia avoided defaulting on its sovereign debt. However, this week’s outcome was something of a foregone conclusion. Little over a month later Russia failed to deliver about $100 million in interest on two bonds, the grace period for these payments expired–pushing Russia into default. The reason Russia has been unable to meet these payments is not a lack of funds. On May 25th, the US Treasury Department’s formal exemption allowing US banks to process sovereign debt payments on Russia’s behalf expired.

Moscow is refusing to acknowledge the default, claiming that it has at least attempted to make the payments. In fact, Russia transferred the money to a clearing house in Belgium, where the assets got frozen because the clearing house cannot settle any securities subject to sanctions. What will happen to these funds is unclear. Ultimately, bondholders are likely to recuperate some of the original principal, possibly in a different currency. The funds are unlikely to be reallocated to Ukraine’s reconstruction.

The default does not have significant implications for the Russian or the world economy. The US rationale in making this inevitable was that degrading Russia’s veneer of financial respectability would spook potential investors and business partners in non-aligned markets. Russia is already cut off from capital markets and cannot raise money in global financial markets due to sanctions, which is why the default will have little to no influence on the Russian economy in the short term. In the longer term, Russia’s attempts to meet some of future repayments will continue to be thwarted until the US Treasury decides to introduce another exemption. However, given the recent G7 statements and introduction of additional restrictions on Russian gold imports, the US and allies are unlikely to ease up on Russia as long as Moscow continues its brutal war against Ukraine.

The EU’s partial ban on Russian oil is a more consequential development. It took a while to get agreed on and still has to be formally ratified. The ban is expected to cut 90 percent of Russian (mostly seaborne) oil imports by the end of the year, leaving the 10 percent exemption for the Southern Druzhba pipeline.

For the rest of the year, the EU and G7 partners will be focused on solving the puzzle of keeping the oil outflow from Russia while reducing the revenue inflow to Moscow. The GeoEconomics Center called on three experts (two policymakers and one markets analyst) for their takes on the pros and cons of the price cap under discussion at the G7 this week.

To avoid a unilateral US approach via secondary sanctions, one prominent idea is to cap the global price of Russian oil via insurance markets. However, it remains to be seen whether the US Treasury and G7 partners can come up with effective enforcement mechanisms and avoid more market distortions and higher oil prices.

In addition to the oil ban, the US and allies have also maintained sanctions and export controls against Russian oil and gas companies, although the US is far ahead of its allies in this respect.

Remarkably, the US Treasury and Commerce departments both impose restrictions on Russian energy companies. The US Treasury designates them under the Sectoral Sanctions Identification (SSI) and Specially Designated Nationals And Blocked Persons List (SDN). Meanwhile, the Commerce Department’s Bureau of Industry and Security maintains the Entity List. The primary difference between the two designations is that the BIS Entity List restricts the flow of physical products to designated companies while OFAC designations can include financial as well as export restrictions.

Thus, in response to Putin’s attempt at a fully-fledged invasion of Ukraine, the US Treasury has targeted every aspect of Russia’s economy, from finance, to trade, to key industries like energy and metals, while the Commerce Department has been busy curbing exports to Russian tech, shipbuilding, and aircraft manufacturing companies.

Irrespective of sanctions, most foreign companies are leaving Russia

In addition to complying with government-imposed Russia sanctions, numerous private companies have chosen to “sanction” themselves by suspending operations or withdrawing from the Russian market altogether. For example, BP exited the Russian market and took a $25 billion hit after writing down its 20 percent share in government-owned Rosneft. Similarly, Shell’s withdrawal from its involvement in all Russian hydrocarbons has cost the company around $5 billion. Regardless of the costs associated with leaving the Russian market, Western companies prefer eating the costs now rather than staying in the market and facing significant reputational and sanctions compliance risks. Given that the US and allies have not given signs of slowing down with Russia sanctions, we don’t anticipate any wave of reinvestment by Western companies any time soon.

The threat of secondary sanctions against China

As you will see in the chart below, the fact is that the US already does sanction Chinese entities and individuals, including companies advancing China’s military-industrial complex. However, secondary sanctions would be much more destructive than existing primary sanctions.

Secondary sanctions would pressure companies, banks, and individuals to stop engaging with sanctioned Chinese entities, or lose access to US financial institutions. Given that China is highly dependent on third party providers for technological production, it has been approaching the secondary sanctions threat carefully. Some Chinese companies have even moved away from transactions with Russia. For example, UnionPay, China’s credit card processor, refused to transact with Russian banks after Visa and MasterCard stopped serving them. Moreover, China has reduced its exports to Russia. China’s approach is understandable, as the country is highly dependent on foreign suppliers for semiconductors and civilian airplanes production components. Although Beijing is working towards insulating its economy against Western sanctions, in the short to medium term, it is likely to avoid undermining US sanctions.

Russia’s invasion of Ukraine has resulted in the harshest ever package of sanctions imposed on any other country of its size, with February and March seeing the sharpest escalation of sanctions. However, more recently, as Western jurisdictions have been observing which types of sanctions and punitive measures have been effective in thwarting Russia’s war chest, the occurrence of new listings has declined across all Western sanctioning jurisdictions. The Russia-driven sudden uptick in sanctions in response to Ukraine’s invasion is likely to remain a one-time precedent, with new Russia designations becoming less frequent but more targeted.

Aside from Russia, the Middle East stands out as the region most targeted by recent US sanctions, with designations hitting actors ranging from ISIS members in Syria to oil smuggling networks in Lebanon. In Syria, the US targeted five individuals for their role in facilitating the transportation of extremists and conducting financial transactions in support of recruitment of foreign fighters by ISIS. The Treasury also targeted an international oil smuggling and money laundering network that facilitated the sale of Iranian oil in order to support Hezbollah in Lebanon and the Islamic Revolutionary Guard Corps-Qods Force (IRGC-QF) in Iran. In both cases, the Treasury is restricting all transactions of US persons with the designated entities and individuals. Moreover, US institutions might become subject to sanctions if they facilitate transactions for designated entities and individuals, which is likely to be effective in preventing illicit networks from moving money through US financial institutions.

In the proverbial pipeline

Western sanctions have succeeded in causing Russia to default on its sovereign debt and isolated Russia from the global economy, but the cost has been high. Uncertainty over supply has sent energy prices flying. Figuring out how to minimize the blowback on Western economies will be a priority for G7 partners after their meeting in Bavaria. We will see whether the US Treasury, which is actively promoting the price cap idea, will succeed in getting the EU on board to enforce it. In the meantime, China is likely to do enough to avoid US secondary sanctions, even if that requires moving away from transactions with Russia and reducing the volume of its exports. Finally, sanctions on illicit networks in the Middle East are likely to be successful in cutting their access to finance, hopefully slowing down the pace of their transactions and operations.