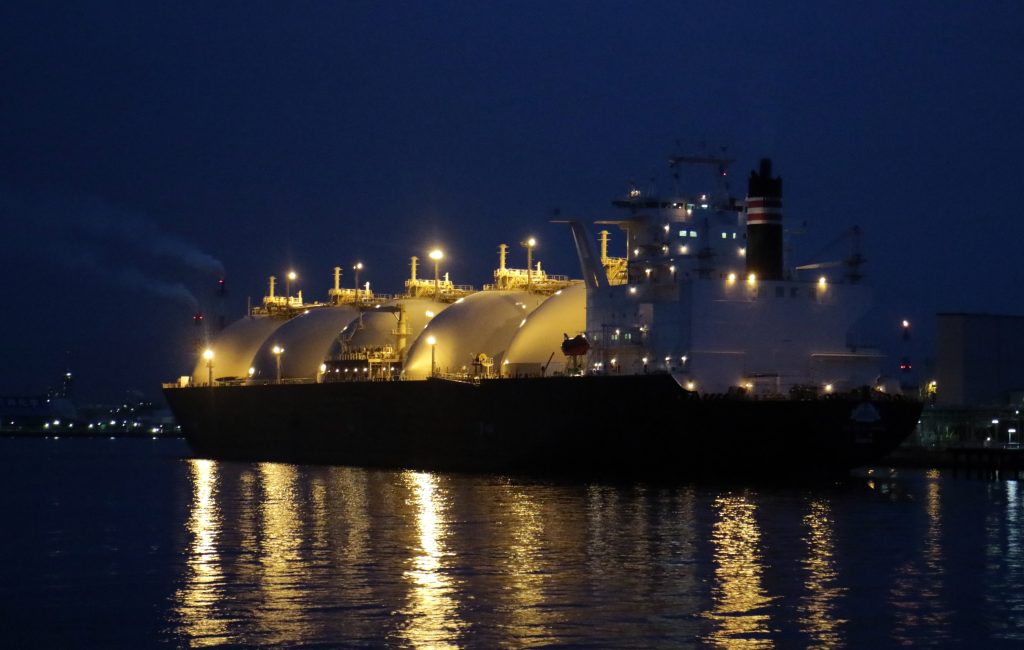 Russia’s brutal and unprovoked military invasion of Ukraine has galvanized action to reduce Europe’s dependence on Russian oil, gas, coal, and nuclear fuel. The Russian cut-off of gas supplies to several European nations—Poland and Bulgaria first, followed by Finland, Netherlands, and Denmark—and the reductions by Gazprom of gas to Italy (15 percent) and Germany (40 percent through Nord Stream) have raised the urgency of phase-out and diversification.

Western support for the Southern Corridor and the Trans Adriatic Pipeline has long been an important element of European gas diversification efforts. Although a very minor consumer of Russian natural gas, the Western Balkans is an area in which Russia has sought to oppose NATO and EU expansion and counter Western gas diversification efforts. The West needs to maintain a strong and supportive posture in this important southern flank of NATO.

Russia’s role in the Western Balkans

During the Ukraine war, Russia has continued its efforts to destabilize the Western Balkans using its pro-Russian allies, especially in Serbia and the Republic of Srpska in Bosnia and Herzegovina, whose governments have not joined the Western sanctions process against Russia.

Serbia is the cornerstone of Russia’s strategic interests in the region and Russia has supported Serbia in its non-recognition of Kosovo’s independence as well. Serbia has also expanded its imports of Russian military equipment, including MiG fighters, tanks, air defense, and missiles, a strategy of growing concern to the six NATO members that neighbor Serbia.

Western Europe’s efforts to reduce dependence on Russian gas have important implications for the Western Balkans. First, they enhance the importance of the Trans Adriatic (TAP) gas pipeline that brings Azerbaijani gas from Turkey’s TANAP pipeline through Greece and Albania to Italy, which was 40 percent dependent on Russian gas in 2021 and is currently being driven by Gazprom reductions to find alternative supplies. TAP began operating in 2021 and is expected to operate at its full capacity of 10 bcm per year in 2022 and 2023. The potential expansion of TAP is being considered by Azerbaijan’s SOCAR and other companies and may be put on a fast track.

A second prong of Western Europe’s gas diversification initiative, involving the completion of the IGB (a Greece-Bulgaria interconnector expected to be operational in July 2022) as well as the construction of a new $378 million liquefied natural gas (LNG) receiving terminal at Alexandropoulos by 2023 linked with both IGB and TAP, would break the Russian hold on gas supplies to Bulgaria and North Macedonia. Thirdly, the Croatian government is pursuing the expansion of the Krk Island floating storage regasification unit (FSRU) LNG import terminal, built with EU funding. This facility is especially significant in that it has allowed Hungary to diversify its gas imports and receive 1 million bcm per year despite Hungary’s conclusion at the end of 2021 of a long-term contract with Gazprom for up to 4 million bcm of gas supplies per year. Slovenia is also interested in reducing its Russian gas dependence by drawing from the Krk terminal.

Gas substitution and the energy transition

Gas consumption in the Western Balkans currently stands at about 4 bcm per year, mainly in heating and combined heat and power (CHP) systems in major towns and a few industries in Serbia, North Macedonia, and Bosnia and Herzegovina.  The power sectors of these countries currently have different mixes of hydropower and thermal power, including significant coal and lignite use.

Although the six Western Balkan countries are working to expand renewable energy and have set targets under the Energy Community framework, they are pursuing the expansion or introduction of gas supply in parallel.  Such development can be useful in improving system flexibility, substituting for coal and lignite, and complementing varying seasonal and annual hydro generation and intermittent solar and wind production.

For the three countries without domestic gas connections, Albania is moving to build a gas exit point off the TAP pipeline near the Fier compressor and considering supplying gas to the dormant Vlore thermal plant. Montenegro may be able to obtain gas if the Ionian-Adriatic gas pipeline (a spur off TAP that would extend to Montenegro and on to Croatia) proceeds, and a feasibility study of a possible FSRU LNG import project at the Port of Bar is being conducted. Gas would be especially helpful to reduce Kosovo’s heavy dependence on power from the Kosovo A and B lignite units.  A line from Albania to Kosovo is under consideration and feasibility work for this project, called ALKOGAP, is being financed by the Balkan Investment Framework.

Of three current Russian gas importers, North Macedonia has been the most focused on phasing out coal with an initial target of 2027. With gas consumption and demand growing rapidly, the government seeks to expand the natural gas network beyond Skopje, and a direct 160km Greece-North Macedonia interconnector is planned. In Bosnia and Herzegovina, a 187 km Croatia-Bosnia gas interconnector, planned under an agreement between BH-Gas and Plinacro of Croatia for operation in 2024, will help expand and diversify gas supplies. Serbia is the largest gas consumer in the Western Balkans, with over 2.7 bcm annual consumption. It is mainly dependent on coal for power, and gas use is limited to CHPs and district heating systems. In an effort to reduce coal use through renewables and gas, Serbia signed a new 3-year agreement with Gazprom in May; thus, despite EU and German pressure, it is unlikely they will impose sanctions or pursue meaningful gas diversification.

The future of gas in the Western Balkans

The Western Balkans, as part of NATO’s southern flank, is becoming increasingly important to the diversification of Europe’s gas supply and increasing South-North flows and options. The future of gas will depend significantly on the pivotal position of Greece and Turkey with respect to both their transit role and the potential to import more LNG. However, both countries face a major challenge in reducing their high domestic dependence on Russia gas (30 and 43 percent of gas supply in 2021, respectively). Despite Turkey’s past reliability as a transit state for Azerbaijani gas, its controversial purchase of a surface-to-air missile defense system from Russia, its reliance on Russia for the large $20 billion Akkuyu nuclear power complex (which is being negatively affected by the war in Ukraine and sanctions on Russia), and strained diplomatic relations between Turkey and Greece are of concern, especially with calls increasing to expand Trans-Adriatic and TANAP volumes and to import gas from Israel and Egypt. Turkey’s agreement at the recent NATO Summit to remove its opposition to the accession of Sweden and Finland to NATO, though, is a positive sign.

Though there are innumerable threats emanating from the war in Ukraine that jeopardize European and global security, it is vital that the United States, the United Kingdom, and the European Union give concrete, specific attention to the Western Balkans and support investment in projects to increase gas diversification, develop renewable energy generation, and enhance the integration of regional gas and electricity infrastructure. It is especially important to work with Serbia and help them understand that their future does not lie with Russia. The path forward is thorny and will require crafty and careful diplomacy, but it could prove a pivotal part of the success of Europe’s move to get out from under its dependence on Russian energy.