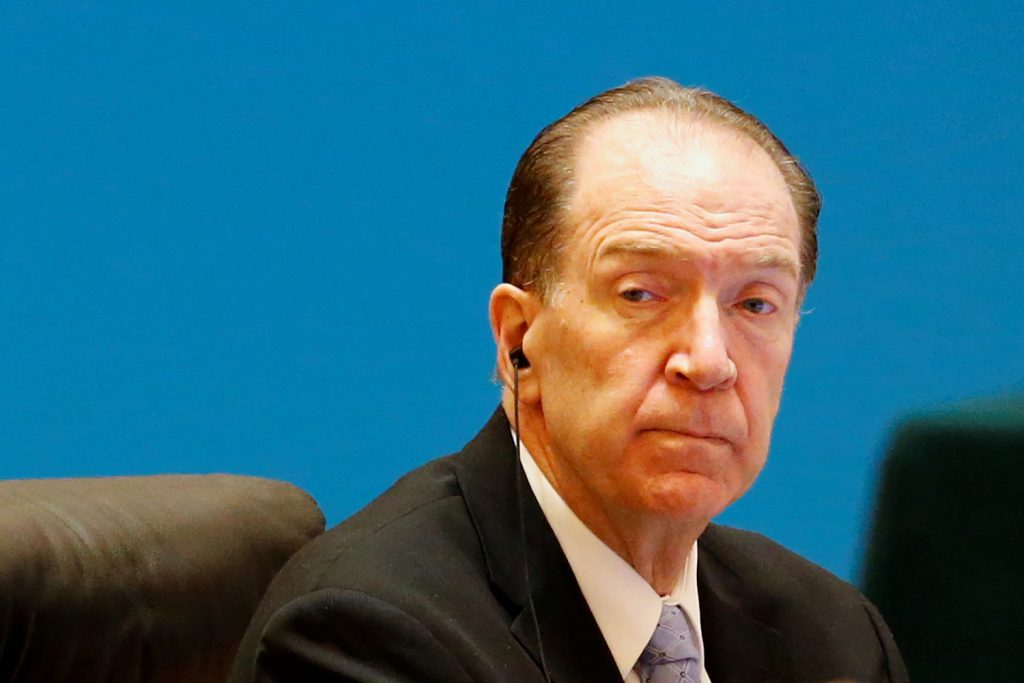 China’s fourteenth five-year plan has set its aims high: achieving a majority middle-class country, through income redistribution, reducing economic inequality, and property reform and ownership. But China’s drive to reform its economy “means that China needs to also then have a different relationship with the rest of the world,” according to World Bank President David Malpass.

Malpass shared his insights with Zhu Min, chairman of the National Institute of Financial Research of Tsinghua University, Tom Orlik, chief economist at Bloomberg Economics, and moderator Eunice Yoon, CNBC Beijing’s Bureau Chief at a December 9 event hosted by the Atlantic Council’s GeoEconomics Center and the Paulson Institute’s MacroPolo in Chicago. One of the early tests of China’s ability to change its behavior on the international scene will be in the aftermath of the coronavirus pandemic, Malpass warned. As one of the world’s most important global lenders, China has committed to the Group of Twenty (G20)’s framework to provide debt relief to hard-hit countries, but it needs to follow through on these promises, the Word Bank president argued. Min added that the financial crisis that has sprung from COVID-19 will require a collaborative response from the United States and China, rather than deeper competition.

Here’s a quick look what Malpass, Min, and Orlik said about China’s new role in the world economy and how US-China economic competition can become cooperation.

Katherine Walla is assistant director of editorial at the Atlantic Council

Although lockdowns are beginning to ease across Europe after a brutal second wave of coronavirus infections in October and November, governments need to prepare for a second economic hit, Christine Lagarde said on December 1.

Why the G20 should do more for financial inclusion

As our societies build back better after the pandemic, vulnerable populations cannot be left behind. Financial inclusion will be crucial to making the global recovery more sustainable and its benefits more widely shared.

From debt relief to restructuring: The G20 wakes up to reality