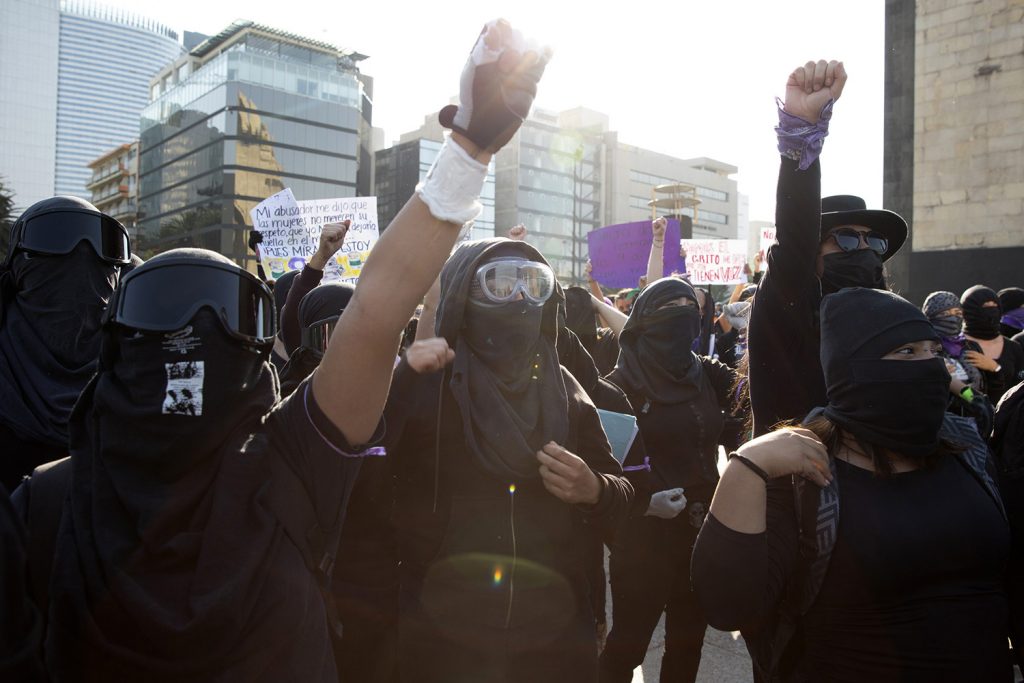 On December 10, 1948, the United Nations General Assembly adopted the Universal Declaration of Human Rights. Every year since then, the international community has observed Human Rights Day on December 10. Attaining gender equality is a fundamental human right, but in Latin America and the Caribbean, this year marks a grim trend as COVID-19 sets back decades of progress for women and girls.

Over the course of the pandemic, Latin America has reported an increase in gender-based violence (GBV), a decline in women’s employment, and a decrease in access to basic health services for reproductive, maternal, and children’s health. In a region where women’s participation in the workforce already lagged behind men’s participation and where 59 percent of women in the workforce are employed in the informal sector—the sector hit hardest by lockdown measures—coronavirus-related economic and social consequences are harming women the most.

Repairing this damage and achieving greater gender equality in Latin America and the Caribbean is integral for the region’s post-COVID-19 recovery, economic growth, and sustainable development. But women should not be the only ones at the frontlines pushing for change. If Latin America and the Caribbean hopes to effectively recover from the economic and social shocks of the pandemic, it is more imperative than ever that men be active in the fight toward gender equality—including earnestly and tirelessly empowering women and girls.

Gender inequality in the workforce, wage gaps, and femicide persist

In recent years, governments across the region have strengthened legal frameworks to address GBV and to better protect and empower women and girls, while closing the gender gap in primary education and lengthening women’s life expectancy. However, the region’s performance in other gender equality indicators is far from ideal. The region is home to fourteen of the twenty-five countries with the highest rates of femicide in the world; only 7 percent of companies in the region had achieved gender balance at the highest management level as of 2013; and according to World Bank data, women are more likely to be unemployed than men.

Female political participation is also lagging, as women make up 50.8 percent of Latin America and the Caribbean’s population, yet only five countries have a woman head of state (all in the Caribbean and only three (Cuba, Bolivia, and Grenada) have parliaments in which women legislators occupy more than 50 percent of seats, while the regional average is 30 percent. Out of the thirty-three countries in the region, fourteen have parliaments in which women occupy less than 20 percent of seats, including Colombia with 18 percent and Brazil with 15 percent.

As the region braces itself for a long recovery from the pandemic, advancements in women’s empowerment and gender parity are more imperative than ever. Economically, reducing gender inequalities will ignite productivity, boost economic growth, and reduce poverty. With Latin America’s economy expected to shrink by nearly 10 percent this year due to COVID-19, women can play a critical role in mitigating the impacts of this economic slowdown.

Bringing more women into the workforce is a more efficient utilization of a country’s human capital. Increasing the opportunity for women to achieve financial independence may free them from the dependence of an abuser at home, while also empowering them to contribute to a more dynamic economy. After the 2008 financial crisis, for example, women’s labor participation was crucial to alleviating poverty and reducing economic inequality. Between 2000 and 2010, women’s labor market participation grew by 15 percent, while 30 percent of the region’s reduction in extreme poverty is credited to women’s contributions to the economy. In times of crisis, women can be significant contributors to economic recovery.

In the policy field, women also bring innovative and inclusive perspectives when dealing with a crisis. They have been at the forefront of the COVID-19 pandemic, as healthcare workers, matriarchs, business leaders, and policymakers. A study in the Harvard Business Review found that women have been perceived as more competent than their male counterparts in a variety of “human” skills, such as inspiring and motivating others, building relationships, collaboration and teamwork. Dr. Carissa Etienne has led the Pan American Health Organization (PAHO/WHO) during the crisis; while Jacinda Ardern and Angela Merkel have been considered successful examples of leaders’ response to the pandemic in New Zealand and Germany, respectively. They have adopted tough measures, but empathetic and unifying discourses, managing the spread of the virus as well as popular expectations. Women will continue to play an important role in responding to the pandemic, but most importantly, women will play an essential role in shaping a more inclusive and representative post-COVID-19 reality.

Without enlisting everyone, including men, in the fight for women’s empowerment, society’s ability to achieve gender equality is limited. Now is the time that everyone must hold male politicians, business owners, and civil society leaders accountable for their roles in gender inequality and discrimination. Men and boys can help challenge the patriarchal beliefs, practices, institutions, and structures that drive inequality between men and women. As perpetrators in the majority of gender-based violence cases against women and girls, men have a fundamental role to play in the prevention of violence against women; and as main beneficiaries of a system that neglects women and other vulnerable populations, men must use their privileges to become catalysts of the change toward equality.

Teaching and encouraging men and boys to abandon stereotypes, embrace respectful relationships, speak out against gender-based violence, and support equal rights has been shown to have a positive impact on the health and well-being of women and girls and to drive changes toward sustainable and inclusive societies. Bringing men and boys into gender equality efforts will help challenge structural gender norms and discrimination and must be accompanied by legal frameworks guided by the ten United Nations Security Council resolutions and the 2030 Agenda for Sustainable Development. Unless addressed, gender inequality will continue to impede the region’s sustainable development, economic growth, and overall prosperity.

Governments must urgently address the disproportionate implications of the COVID-19 pandemic on women and other vulnerable populations. Women leaders have proven to work across ideologies and champion diverse and inclusive policies. It is critical that women’s perspectives are included in countries’ COVID-19 recovery plans. Without women in decision-making positions, half of the world’s population is underrepresented, posing a barrier to democratic governance, sustainable development, and human rights for all.

Cristina Guevara is a program assistant at the Adrienne Arsht Latin America Center. Follow her on Twitter @cristinaguev

With a projected 9 percent contraction in regional gross domestic product (GDP) for this year, experts fear that the heightened economic uncertainty and lower foreign demand brought on by the health crisis might signify yet another lost decade for Latin America. There is one factor, however, that paints a particularly promising picture for the outlook of the region: remittances.

A budget roils a nation. What’s happening in Guatemala?

The Guatemalan Congress went up in smoke, literally, on November 21, when massive protests broke out against a draft budget that was negotiated behind closed doors, with limited input from civil society, and that proposed cuts in funding for COVID-19 and human rights agencies as the country battles the virus, unemployment, and corruption.

Image: Masked women participate in a march protesting gender-based violence on International Day for the Elimination of Violence against Women in Mexico City, Mexico on November 25, 2020. Photo by Bénédicte Desrus/Sipa USA via Reuters