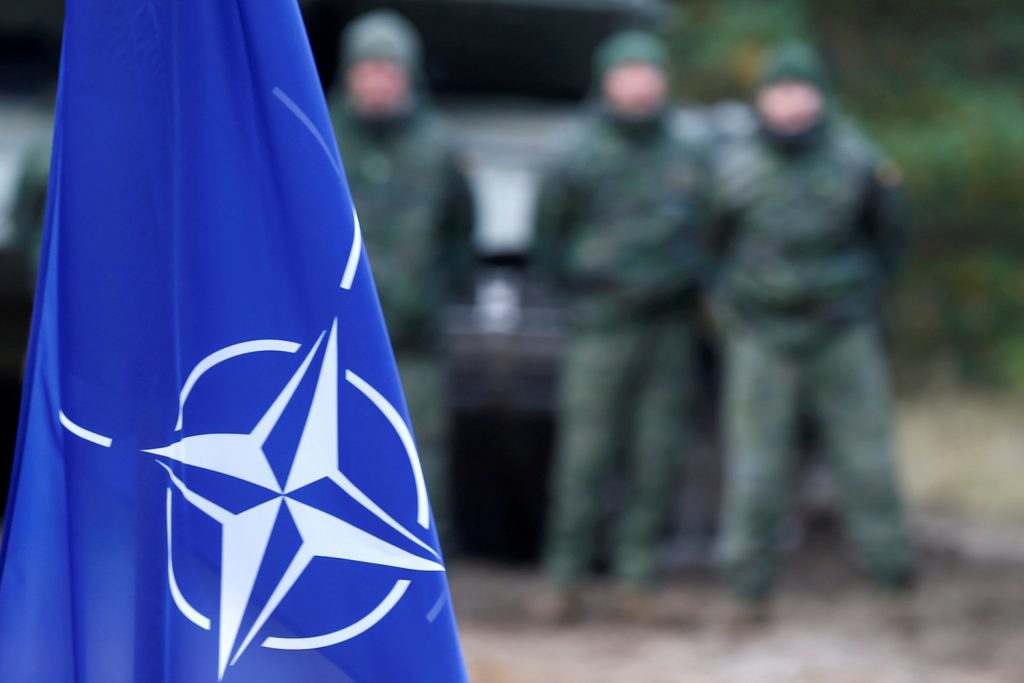 When transatlantic leaders meet in London in early December, they will have another opportunity to prove that the seventy-year-old NATO alliance still has plenty of life. A year and a half after an often intense but largely productive summit in Brussels, the meeting in London “is going to be the last opportunity in the first term of the Trump administration to convene and address today’s most pressing security challenges and to ensure that the process put in place of adapting the Alliance is advancing to keep its nearly one billion people safe,” according to Atlantic Council Executive Vice President Damon Wilson.

The summit will come at a frantic time for the Alliance, with allies divided over issues such as trade, Syria, and Iran, while the meeting’s host country will be only a few days removed from a general election. Many NATO leaders will also hope to avoid the high-profile drama over defense spending levels that dominated the Brussels summit, as US President Donald J. Trump pushed European allies to meet the 2 percent of gross domestic product spending level agreed to at the 2014 Wales Summit.

On December 3, one day before the summit, NATO leaders and experts will discuss the challenges facing the Alliance and the opportunities for transforming NATO for the future at the NATO Engages town hall. Hosted in partnership with NATO and coordinated by the Atlantic Council, GLOBSEC, the Royal United Services Institute (RUSI), Kings College London, and the Munich Security Conference, the conference will feature remarks by NATO Secretary General Jens Stoltenberg, Polish President Andrzej Duda, Prime Minister of North Macedonia Zoran Zaev, Prime Minister of Norway Erna Solberg, Prime Minister of Canada Justin Trudeau, Prime Minister of the Netherlands Mark Rutte, and many other NATO ministers and representatives.

“I would love for there to be no drama,” Congressman Ruben Gallego (D-AZ) admitted, but he stressed that there is still a lot of productive work the Alliance can achieve in London. Edward Ferguson, minister counsellor for defense at the Embassy of the United Kingdom in the United States, said that the Alliance is setting an ambitious agenda for the summit “to show that NATO as a septuagenarian is as fit and virile as ever and to highlight the progress we have made in adapting NATO’s deterrence and defense since the 2014 Wales Summit.”

Raimundas Karoblis, Lithuania’s minister of defense who spoke at an Atlantic Council event on November 14 with Gallego, Ferguson, and other transatlantic security experts, agreed that the Alliance has already achieved “a real political and military big bang” since 2014 with its efforts to increase readiness, military mobility, cyber operations, and overall defense spending. But more needs to be done, he added, and “the London meeting needs to reconfirm allied unity, cohesion, and strength as well as to find political, moral, and resource investments to adapt to the twenty first century security architecture.” He stressed that Russia continues to threaten the frontline Baltic states, explaining that “air defense remains a key unsolved challenge.” Growing Russian air capabilities in Kaliningrad have made the entire Baltic region vulnerable, he explained, and “this issue needs to be addressed in London because of its implications for the security of both the Baltic region and that of the whole Alliance.”

Allied concern over a potential Russian attack against NATO members within Europe itself increased after Russia’s invasion and illegal annexation of Crimea in 2014 and has prompted a greater push for increased military readiness and capabilities in Europe. Despite this new momentum, “even among some of our largest and strongest and best allies—the picture is not a good picture,” Richard D. Hooker, a professor of National Security Strategy at the National Defense University’s National War College, argued. “We have a long way to go in terms of readiness,” which NATO leaders will look to address in London, Hooker said.

Another key area of focus will be improving the speed with which military assets can be deployed in Europe in case of a crisis. “Our biggest fear” in a potential crisis, Gallego explained, “is that we cannot get enough resources and manpower in there fast enough to give us enough breathing room to actually make calculating decisions about what type of pushback we should have,” if Russia or another actor attack a NATO member. Alexander Vershbow, a distinguished fellow in the Atlantic Council’s Scowcroft Center for Strategy and Security and a former NATO deputy secretary general, said mobility is “now squarely on the agenda,” for NATO leaders as they realize their efforts on growing military capabilities are pointless “if they can’t get to the fight.”

Marta Kepe, a defense analyst at RAND Corporation, highlighted potential cooperation between NATO and the European Union on enhancing mobility within Europe due to “the tools and abilities to invest in transport infrastructure,” the EU enjoys. Vershbow stressed, however, that this will only solve part of the problem as the EU can only help with infrastructure that is at least partly civilian. He warned that “there may need to be additional funding sources and NATO nations are going to have to step up to this on a national level and it is going to compete with the money that the Alliance wants them to spend on equipment and readiness.” Kepe hopes that “high-level encouragement” from NATO leaders in London will help “keep the momentum going” within NATO member militaries and the EU to dedicate the needed resources to fill this gap.

In addition to these ongoing discussions on military readiness and mobility, allied leaders will also “launch a comprehensive roadmap to address new technologies and to maintain our technological edge,” Ferguson reported. This will include “endors[ing] a new cyber playbook,” dedicating more resources to combatting the exploitation of new technologies by Russia and China, and “declar[ing] space as a fifth operation domain for NATO,” according to Ferguson.

By putting the Alliance’s focus on the future, NATO leaders hope to demonstrate that the Alliance is as relevant as ever, seventy years after its birth in the Cold War. “Together we are getting stronger faster,” Karoblis explained. By taking the time to discuss how to build capacities and strengthen the alliance’s cohesion, the defense minister said that he is “rather optimistic that the London leaders’ meeting will succeed in setting new horizons for the Alliance.”

Reenergizing transatlantic space cooperation: Opportunities in security and beyond

The transatlantic alliance needs to recognize and address challenges to space assurance, and take full advantage of the many changes sweeping the space industry.

NATO members are picking up the burden

While movement towards 2 percent may seem slow, it is clear that NATO allies are making significant changes to their defense spending.