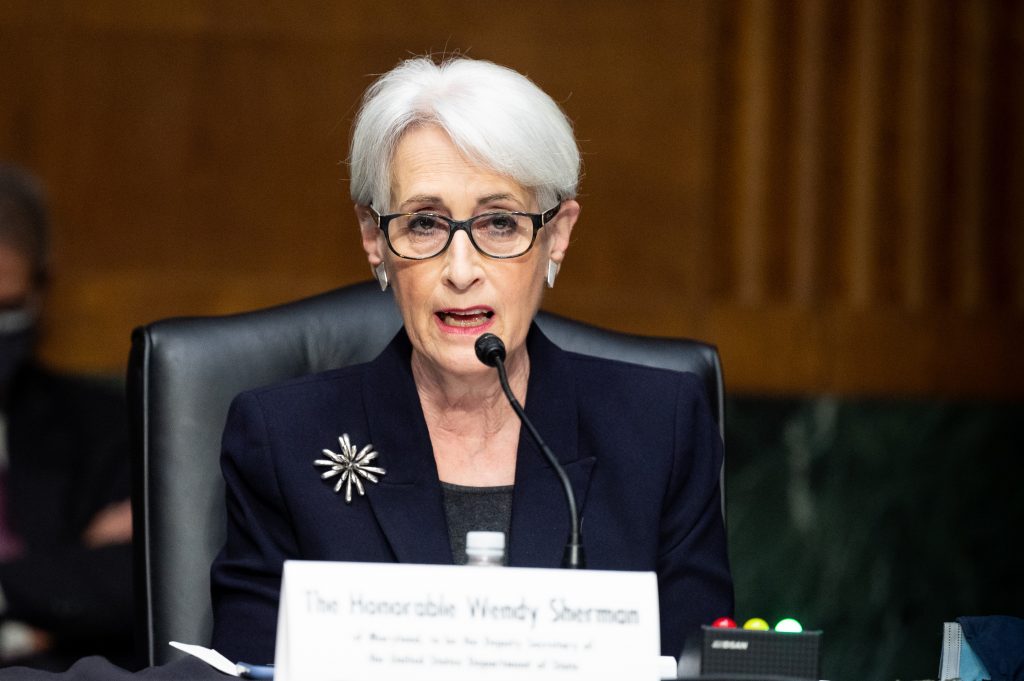 It’s the world’s toughest tightrope: How can the United States and its European allies cooperate with China and Russia on issues like climate change while also countering their disruptions to the global order?

US Deputy Secretary of State Wendy Sherman has an answer. The common framing of the United States trying to “contain” its rivals is wrong, she contends.

“I want to say clearly: Our effort is not to either contain Russia or to contain China,” Sherman said Friday at the EU-US Future Forum. “They are sovereign nations who want to have a place in the world. We just want to make sure that that place is not one of aggression—[that] it is not a place where human rights are abused.”

Sherman’s conversation with Benjamin Hadddad, the director of the Atlantic Council’s Europe Center, came back repeatedly to the urgency of transatlantic cooperation in confronting Russia, China, and other challenges. Sherman, a former Atlantic Council board member, also dove into vaccine diplomacy, NATO burden-sharing, and the future of the Iran nuclear deal.

Here are some of the highlights of the conversation.

Getting vaccines to the world

Long road ahead for the Iran deal

The need for 2 percent

US Deputy Secretary of State Wendy Sherman joined the Atlantic Council’s EU-US Future Forum to talk about dealing with China and Rusisa, relations with Turkey, and the United States’ strategy to reengage globally and with Europe.

Image: Wendy Sherman speaks to a hearing of the US Senate Foreign Relations Committee after she was nominated to be deputy secretary of the Department of State. Photo by Michael Brochstein/Sipa USA via Reuters.