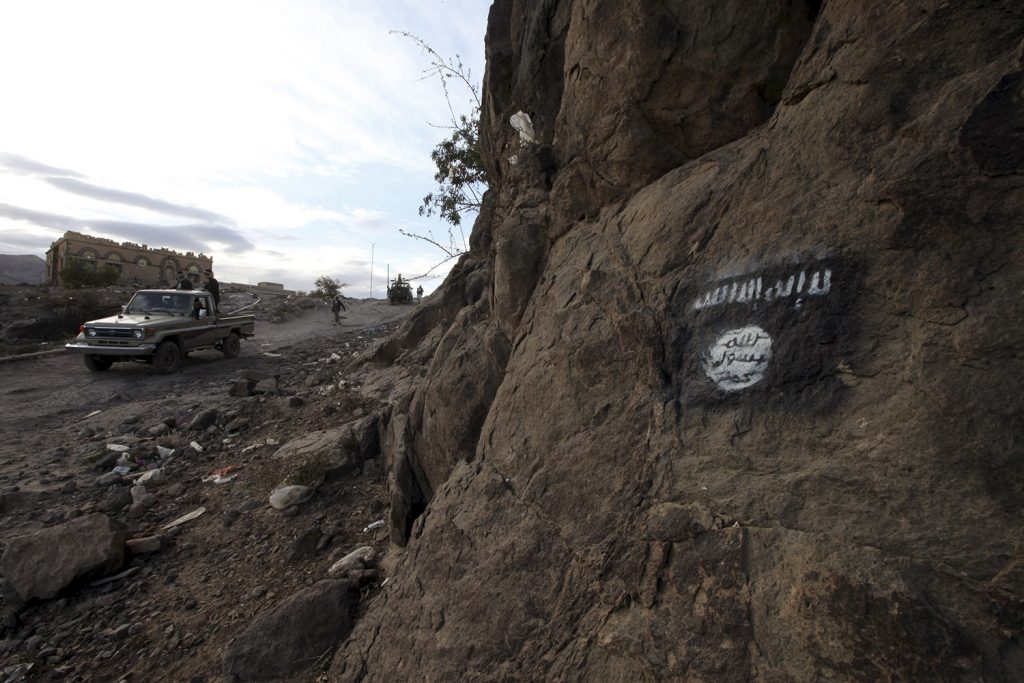 News outlets have reported that Qasim al Rimi, leader of Al Qaeda in the Arabian Peninsula (AQAP), has been killed in a drone strike by the United States in Yemen. The United States government has not officially confirmed these reports as of February 2.

Al Rimi became an al-Qaeda trainer in his early twenties and, according to the US State Department, “trained terrorists at an al-Qaeda camp in Afghanistan in the 1990s.”

After returning to Yemen, he was captured in 2005 and sentenced to five years in prison for plotting to assassinate the US Ambassador to Yemen. He would escape in 2006, however, and relaunch AQAP in 2009. The US State Department included Al-Rimi on its Specially Designated Global Terrorist list and he was also added to the United Nations 1267 Sanctions Committee’s Consolidated List.

Al Rimi was named AQAP’s emir on June 16, 2015 following the death of former leader Nasir al-Wuhayshi in a US drone strike. As AQAP leader, the United States claimed Al Rimi had “links” to both the September 2008 attack on the US Embassy in Sana’a and the 2009 plot to blow up Northwest Flight 253 on Christmas Day.

Since 2015, AQAP has benefited from the political vacuum of the ongoing Yemeni civil war, attempting to control various towns and territory in Yemen’s southern and central regions, with the focus of the Saudi-backed and US-supported Coalition focused on opposition Houthi forces throughout Yemen.

“Credible news reports indicate that the United States attempted to kill Al-Rimi again last month, but the Trump administration has not yet publicly confirmed his death. He’s been declared dead previously, so it’s important that appropriate time is taken for the intelligence community to be able to make a high-confidence assessment. If indeed we do learn that Al-Rimi has died, that news will be undeniably welcome. Both he and the organization he has led actively sought to kill innocent Americans at home and abroad and have openly celebrated the murder of Americans by those they helped to inspire.

“However, even before we know whether Al-Rimi is alive or dead, it’s nevertheless useful to take the opportunity to reflect on why such violence is necessary.

“When the United States is able to identify a terrorist abroad who threatens Americans, in the vast majority of cases the solution is relatively simple: simply reach out through law enforcement or intelligence channels and ask the local government to arrest them. Unfortunately, there remain a few places in the world in which the host governments have no practical ability to do so—indeed, in some of these places legitimate government authorities face a high risk of being killed if they tried. Yemen is one of these places.

“Moreover, Salafi jihadist organizations like al-Qaeda in the Arabian Peninsula differ in one critical way from other terrorist groups, even from others that self-identify as motivated by Islam. For such organizations, even if they were initially driven by local concerns, once they are able establish a physical sanctuary from which they believe they can act with impunity, they will eventually conduct external attacks. On this, sadly, there is a perfect record to date.

“Therefore, US policy has been to prevent the emergence of such sanctuaries by helping to build the capacity of the local government forces, working “by, with, and through” these partners to accomplish our common counterterrorism objectives. Unfortunately given the inherent weaknesses of any local government forces who require this help from the United States, this is typically a decades-long endeavor. In the meantime, the United States will sometimes need to target terrorist threats directly when no other option is possible, as was done with Al-Rimi. As always, we must remember that such strikes can at best disrupt terrorist organizations; they cannot by themselves defeat or much less destroy such organizations. Only local forces, working on the ground as part of a wider whole-of-government campaign can realistically seek those objectives.

“While this important work goes on abroad, largely by our special operations forces and intelligence officers, back home we hear regular calls from across the political spectrum to “end the endless wars” and to “withdraw from the Middle East.” These calls are understandable given the disappointing results from our large-scale conventional military deployments to Iraq and Afghanistan over the last two decades. We similarly hear arguments for repealing the 2001 Congressional authorization that continues to provide the legal backing for strikes like the one on Al-Rimi. This too is understandable given the length of time since that law was passed and the increasingly tenuous connections to the ever-evolving terrorist threats we face.

“But those who call for withdrawal and repeal bear the burden of explaining exactly how we should maintain our ability to work indirectly through our partners to achieve our counterterrorism missions, and how we might continue to legally strike terrorists who seek to kill Americans, when no alternatives exist. And if they can’t answer those questions then the American public deserves to understand what kind of risks they are being asked to endure in the absence of such efforts.”

Kirsten Fontenrose, director of the Middle East Security Initiative in the Atlantic Council’s Scowcroft Center for Strategy and Security:

“Al-Rimi is an unquestionably legitimate target, in accordance with existing Authorized Use of Military Force (AUMF) authorities related to al-Qaeda. The debates that raged around the killing of [former Iranian general] Qasim al-Soleimani do not apply.

“Inevitably the Houthis and armed groups in the south of Yemen will interpret the removal of al-Rimi from the battlefield as granting their own groups more room to operate.

“Instead, this timeframe during which AQAP will be on a back foot and in reaction mode should be seen as creating breathing room for political negotiations.”

“The apparent targeted killing of notorious terrorist Qasim al-Rimi is welcome news, particularly for everyone who flies passenger planes in Europe, the Middle East, or North Africa. Al-Rimi was the head of al-Qaeda in the Arabian Peninsula (AQAP). He was personally involved in AQAP’s plot to use an “underwear bomb” to kill everyone aboard Northwest Airlines flight 253 on Christmas Eve 2009.

“Al-Rimi was a terrorist trainer for al-Qaeda in Afghanistan in his twenties, was imprisoned in Yemen for plotting to kill the US ambassador, escaped from prison in 2006, and was involved in terrorist attacks starting in 2007. Al-Rimi was one of AQAP’s founders in 2009 and its first military commander. He was involved in the 2009 underwear bomb plot. He became the head of AQAP in 2015 on the death of his predecessor, Nasir al-Wuhayshi. Al-Rimi’s elimination does more than just disrupt the work of the world’s most active al-Qaeda branch. It highlights the importance of terrorist safe havens.

“Terrorist groups like AQAP are dangerous when they have territory from which they can train, plan, recruit, and use the internet to propagandize and inspire others to carry out terrorist attacks. Direct action may eliminate individual terrorists like al-Rimi, but it doesn’t eliminate terrorist safe havens. That takes a combination of action by capable local partners, which often involves support from the United States and other governments. It requires diplomacy and resources, including a US embassy in the country from which the United States can provide support. This is an essential part of ending “forever wars” in unstable countries where terrorists find safe havens. Elimination of terrorist safe havens should be a key goal not just of US counterterrorism policy, but also of US overall national security policy.”

Masoud Mostajabi is an assistant director of the Middle East Programs at the Atlantic Council. On Twitter @MMostajabi1.

Winning the humanitarian war in Yemen

Image: Shi'ite Houthi rebels drive a patrol truck past an Ansar al-Sharia flag painted on the side of a hill, along a road in Almnash, the main stronghold of Ansar al-Sharia, the local wing of Al Qaeda in the Arabian Peninsula (AQAP) in Rada, Yemen November 22, 2014. REUTERS/Mohamed al-Sayaghi