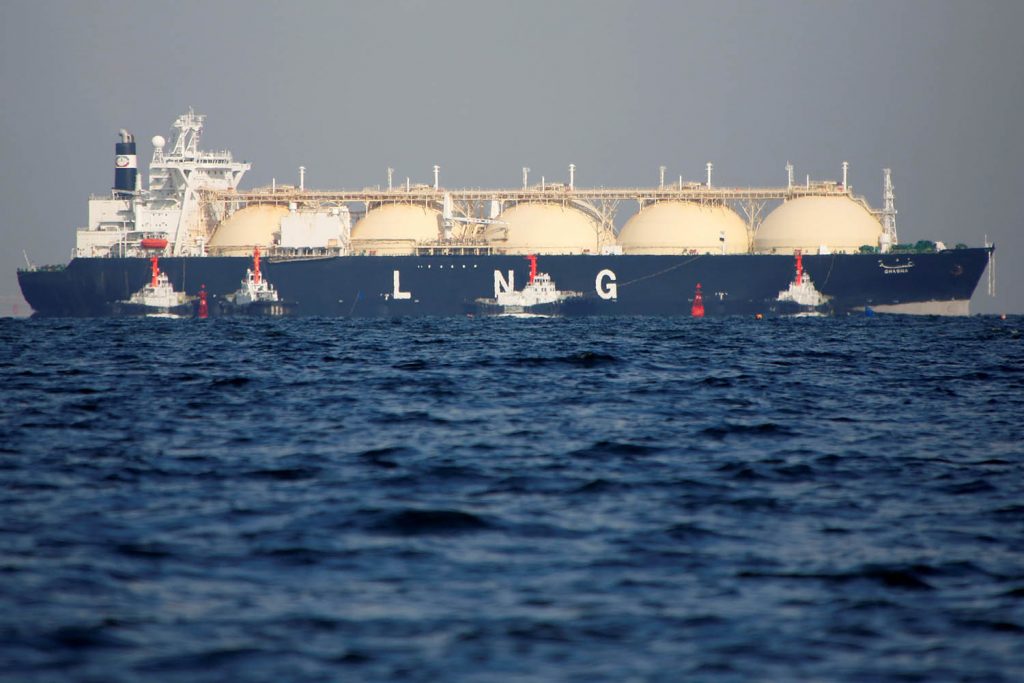 At the end of August, Turkish President Recep Tayyip Erdoğan announced that a Turkish drilling ship had discovered the country’s largest natural gas reserve to date in the Tuna-1 area off the Black Sea coast. As it was reported, the reserve is estimated to hold about 320 billion cubic meters (bcm) of gas. The gas discovery came just before the expiration of a number of Turkey’s long-term gas contracts. Some expect that the findings will give Turkey a more advantageous bargaining position as it looks to renegotiate these agreements. While Turkey does indeed have leverage, this is not because of the sudden discovery. Ankara was already in a powerful position thanks to its wide variety of pipeline sources and access to the liquefied natural gas (LNG) market.

Imagine that the same discovery had happened ten years ago when the race for the Southern supply route into the European Union (EU) between Nabucco and South Stream was at its peak. The discovery of Tuna-1 would have been transformative back then, most likely making Tuna-1 the largest resource into the Southern supply channel into the EU, increasing Turkey’s bargaining position vis-à-vis the EU, as well as Russia, strengthening Turkey within NATO, making the prospect of piping Caspian gas into the EU a remote possibility, and making Turkey the decisive voice in choosing the route and gas source for the Southern corridor.

A discovery five years ago would have found no South Stream but a Southern Gas Corridor that had already reached a final investment decision (FID) and was relying on Azeri gas supplied via Turkey. The Tuna-1 field most likely would have been immediately named as an additional supply source of gas into the Southern Corridor. Connecting pipeline from Tuna to the TANAP-TAP system would have been labelled a priority project for the EU and put on the Projects of Common Interest list. It still would have increased Turkey’s geopolitical position vis-à-vis Russia, the EU, and NATO, and in parallel may have decreased the geopolitical importance of the Azeri gas.

But what if the discovery wasn’t made until five years from now? If we take the lines of the policymakers seriously, in 2025 the EU will be on track for a carbon neutral economy and most likely gas will be somehow taxed on the EU’s border. There will be a global index for gas like there is for oil and any new findings will be measured by the financial markets based on that index, meaning that everyone will ask after a discovery announcement if the costs of recovering the resource are below or above the gas forward curve.

With the discovery coming in 2020, we are in between these two worlds, one where natural gas had been a geopolitical asset and one where it will be a commodity traded on an index. The findings certainly are amazing for Turkey and its fast-growing and energy-consuming economy, providing economic growth, local employment, foreign direct investment, and know-how transfer. As long as Turkey can drill and extract the gas at the cost or below of its alternatives, it’s unquestionably a great deal for the country.

But it is not a discovery which changes Turkey’s negotiating position vis-à-vis its existing suppliers and it won’t change the geopolitics of the region either. Turkey has been relying on pipeline gas from Russia, Iran, and Azerbaijan, and on LNG based on long-term contracts from Algeria, Nigeria, and Qatar, as well as, on spot deliveries, among them from the United States. Turkey’s annual demand has fluctuated between 40 and 50 bcm in the last decade. Its existing and operational LNG regas capacity is about 29.1 million metric tons per year (mtpa), which equals roughly to 44 bcm of gas (Marmara Ereğlisi: 9.4 mtpa, Aliağa: 8.3 mtpa, Etki: 5.7 mtpa, Dörtyol: 5.7 mtpa). Interestingly, already existing regas capacity would be able to provide for almost all Turkey’s import gas demand.

Turkish LNG imports rose in February and March on low spot prices. In March 2020, for the first time ever, Turkey imported more LNG than pipeline gas. Gazprom was one of the main losers in terms of market share as Russian gas exports to Turkey fell 41.5 percent year on year in the first half of 2020 while LNG imports were up around 45 percent compared to the same period of 2019. The additional LNG purchases have not been driven by an increase in overall gas demand. Instead, the record-high LNG imports have been price-driven. Apparently, Turkish buyers took the minimum take of the contract volumes and supplied the rest via spot LNG deliveries.

All the above shows that Turkey already had the negotiating power needed to get good deals from its partners due to several competing suppliers, supply routes, the large size of its market, and the fast-developing LNG market.

For Turkey to be able to look beyond its own market to potentially supply its neighbors, it must compete with all those other sources of gas—pipeline and LNG. By now all of South-eastern and Central Europe has access to several sources of gas. Even the landlocked country of Bulgaria has bought spot LNG cargoes through the Greek Revithoussa terminal and has access to the Southern Gas Corridor. Landlocked Hungary just announced a six-year LNG deal with Shell through the Croatian Krk terminal.

As LNG is becoming more and more a traded commodity, only the cost of production—not the flag of the molecule—will matter. Whether Turkish Black Sea gas will be competitive is still to be seen. But one thing is certain: Turkey had a great negotiating position even before the latest discovery. Whether it will be able to turn this new source into an international product will be decided by its drilling and transportation costs, not geopolitics.

The views and opinions expressed in this blog are those of the author and do not reflect the official policy or position of the company.