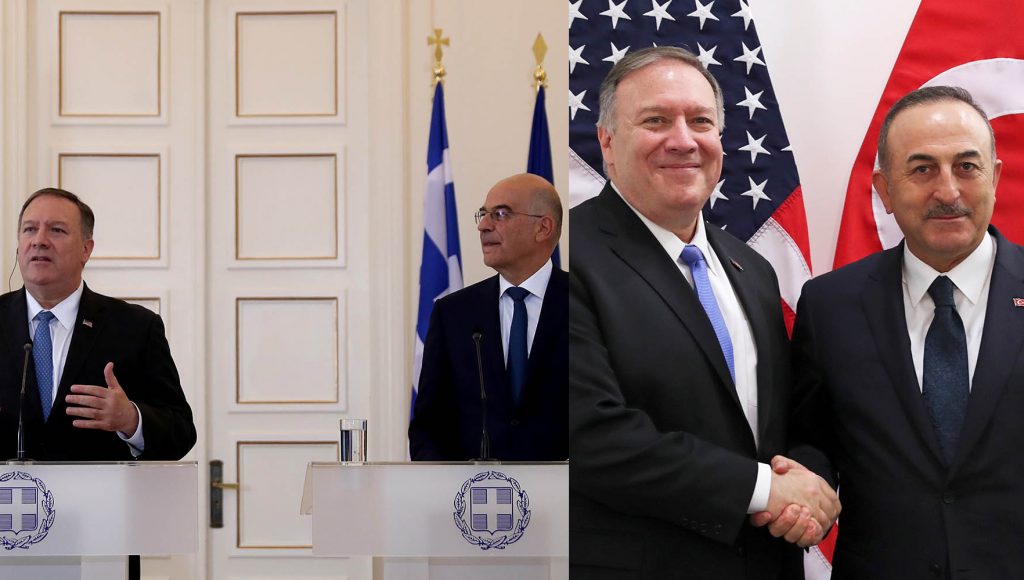 With the normalization agreements between Israel and the United Arab Emirates and Bahrain, the Trump administration has demonstrated its ability to bring allies together and promote regional peace and cooperation. Washington has extended this drive to other regions of the world, including the Balkans, where it is brokering accords between Serbia and Kosovo. The United States should keep up this momentum by helping to reach an agreement between Turkey, Greece, and Cyprus, and de-escalate the conflict in the Eastern Mediterranean region.

The current crisis in the Eastern Mediterranean pits several US allies against each other, chiefly Turkey against Greece and Cyprus. Additional US allies—France, Israel, Egypt, and the United Arab Emirates—have also taken a stand, which could lead to expansion of the conflict. Russia is the primary beneficiary of this infighting among US allies, necessitating that Washington do something to rectify the situation.

On its face, the conflict is currently manifesting as a clash over drilling rights. The dispute, however, is not about access to energy resources. It is, instead, fundamentally about sovereignty and navigation rights. Tensions over maritime delimitation between Greece, Cyprus, and Turkey are nothing new and have flared up periodically for the past century. Moreover, Turkey and Greece have well-supplied and diversified energy markets. In addition, there is no guarantee that an energy bonanza is located in the sliver of water that separates Turkey from Greece and Cyprus.

Maritime disputes are best settled by negotiated agreements, not court cases, as the law on maritime delimitations is very murky. Diplomatic negotiations are especially important for the Mediterranean, which is a partially closed basin where there are dozens of competing claims of sovereignty. In the case of the maritime disputes between Lebanon and Israel, Washington sponsored talks that led to an understanding and prevention of conflict. Achieving an agreement between Greece and Turkey should be even easier: Unlike Israel and Lebanon, Greece and Turkey have full diplomatic relations and regular trade and transport links. Both Turkey and Greece, moreover, have expressed support for the initiation of negotiations.

For Washington to lead a successful negotiated settlement, the United States needs to serve as an impartial broker. Yet, in contrast to its neutral approach to the maritime issues between Lebanon and Israel, Washington has already endorsed the position of Greece and Cyprus, while portraying Turkey as the challenger to the status quo.

The United States should also bring the sides together in larger regional cooperation projects. Washington has actively promoted energy cooperation in the Eastern Mediterranean basin through fora that exclude Turkey. The United States, for instance, is active in supporting the East Mediterranean Gas Forum. Turkey’s exclusion has led Ankara to view these initiatives as an attempt to isolate Turkey in the region and has increased its motivation to take unilateral action to protect its sovereignty claims. Fora for regional cooperation should bring adversaries as well as allies together, and not just serve as additional meetings of states that already have extensive cooperation.

Next, Washington should work to reduce the number of involved parties in the conflict, which increases the chances of escalation. Israel, France, and the UAE can sit this one out and let Washington resolve this with Greece, Cyprus, and Turkey. The EU is likely to welcome Washington’s intervention, with the member states quite split on the appropriate policy response.

The United States should also keep in mind that Moscow is doing everything possible to exacerbate the clash. Moscow strives to peel away Turkey from NATO and harm US-Turkish relations. It would be a huge loss for the United States and NATO to lose Turkey, a large and powerful state that borders Russia and the Black Sea—and a significant gain for Moscow.

Being a global superpower is as much about managing your allies as it is about confronting adversaries. Washington needs to broker cooperation among its allies—this time in the Eastern Mediterranean.

Prof. Brenda Shaffer is a Senior Fellow at the Atlantic Council’s Global Energy Center, a faculty member of the US Naval Postgraduate School, and a Senior Advisor for Energy at the Foundation for Defense of Democracies. She is the author of Energy Politics, which is used as a textbook on the geopolitics of energy in over 200 universities.