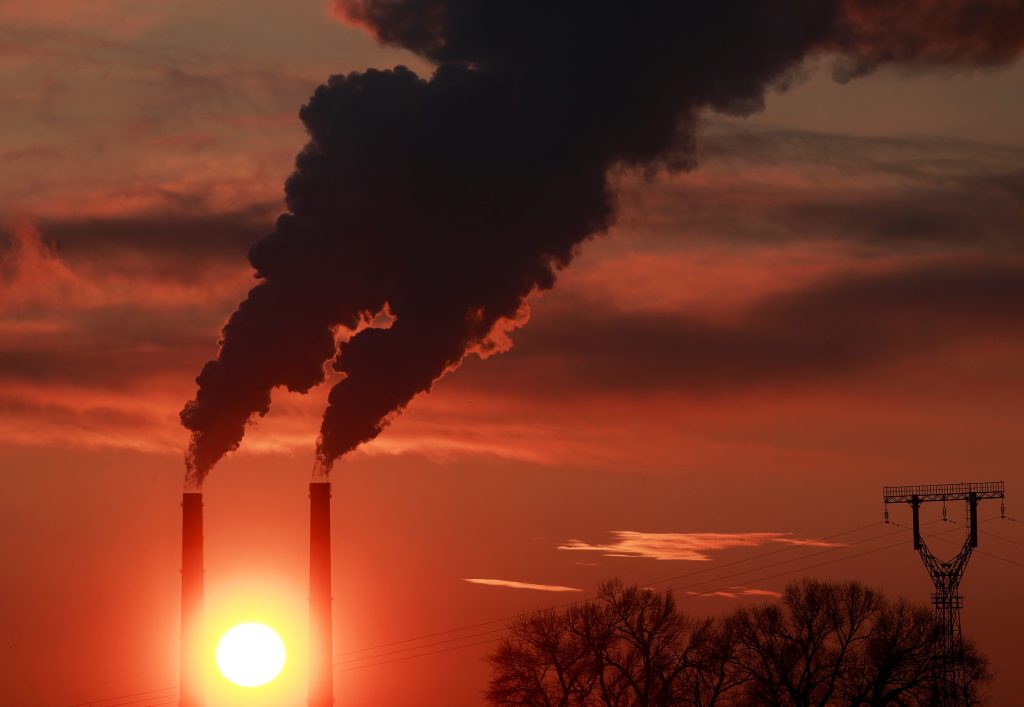 More and more countries are pledging to become carbon neutral in the next thirty to forty years as the world moves into a new energy era. This is creating opportunities for Ukraine to diversify its energy sources while becoming increasingly integrated with the country’s European neighbors.

The US, which recently rejoined the Paris climate agreement under the Biden administration, aims to finish the transition to net-zero power generation by 2035. In the EU, the European Green Deal is pushing countries to decarbonize their economies by 2050. This implies a massive shift to renewable energy and major improvements in energy efficiency by 2030. In Asia, Japan and South Korea have targeted early retirement of coal-fired generation by 2030, and have pledged to reach carbon neutrality by 2050.

Like many other countries, Ukraine has pledged to cut down its carbon emissions, but how this will be achieved remains unclear.

Coal has long been an important source of power for Ukrainian industry, constituting about one-third of total primary energy supply. However, the ongoing quest for decarbonization is pushing the state to radically reduce emissions and find new energy options to support the Ukrainian economy.

Natural gas has traditionally been an essential energy source in Ukraine. At present, it constitutes around 27% of total consumption. Combined with the development of renewable energy and careful investment in carbon-capturing technologies for heavy industry, gas looks set to play a key role in Ukraine’s energy future.

However, despite the importance of gas and an abundance of untapped reserves, Ukrainian domestic production volumes remain insufficient to meet the country’s needs. Instead, today’s Ukraine is still dependent on gas imports. This creates a number of major challenges and vulnerabilities.

With work now close to completion on Russia’s Nord Stream 2 pipeline project bypassing Ukraine, it remains unclear whether Moscow will maintain exports through the Ukrainian pipeline transit network in the years ahead.

How will the country’s Transmission System Operator manage these risks? Can alternative sources of gas be found for Ukraine’s transit system? These questions inject additional urgency into the ongoing decarbonization debate in Ukraine and will help drive the country’s energy transition.

Competitively priced LNG supplies have helped facilitate this transition in the European energy sector. Over the next three to five years, LNG can play a significant role in meeting global demand for reliable, low-carbon, low-cost energy supplies.

The long-term outlook for gas and LNG is brighter than that of other fossil fuels because of comparatively lower costs and lower emissions. Nevertheless, the move towards renewable energy sources means that we are starting to witness a slight decrease in global demand for gas. In the medium term, this is expected to lead to oversupply. This should create opportunities for Ukraine to buy gas at lower prices, enabling the country to reduce its reliance on coal while making progress towards decarbonization.

Looking ahead, regional energy-based partnerships and major infrastructure projects will play a crucial role in the future development of the Ukrainian energy sector. In order to prepare for the challenges of the coming decades, it is vital that Kyiv now begins exploring ambitious infrastructure projects that will boost the country’s energy interconnectivity with its European neighbors.

The growing interconnectivity between Polish and Lithuanian gas pipeline networks offers the prospect of LNG supply from the Baltic Sea. Another way to expand Ukraine’s energy options and boost the country’s interconnectivity would be to develop floating storage and regasification units (FSRU) in the Black Sea. In addition to the energy supply options that these infrastructure initiatives can offer, they would also lead to the strengthening of broader regional cooperation.

This is an area where Ukraine has much to gain and also potentially much to offer. Boosting Ukraine’s access to LNG terminals could help solidify relationships with the US, Middle Eastern countries, and other LNG suppliers.

As Ukraine plots a path towards a carbon-neutral future, it must also contend with numerous geopolitical challenges linked to the energy sector including the potential end of Russian gas transit cooperation. This should make supply diversification and deeper infrastructure ties with the country’s EU neighbors strategic priorities for Kyiv.

Nataliya Katser-Buchkovska is CEO of the Ukrainian Sustainable Fund.

The Biden administration has this week announced a mixed bag of sanctions and waivers concerning the Nord Stream 2 pipeline, leaving opponents of Putin’s pet energy project confused and alarmed.