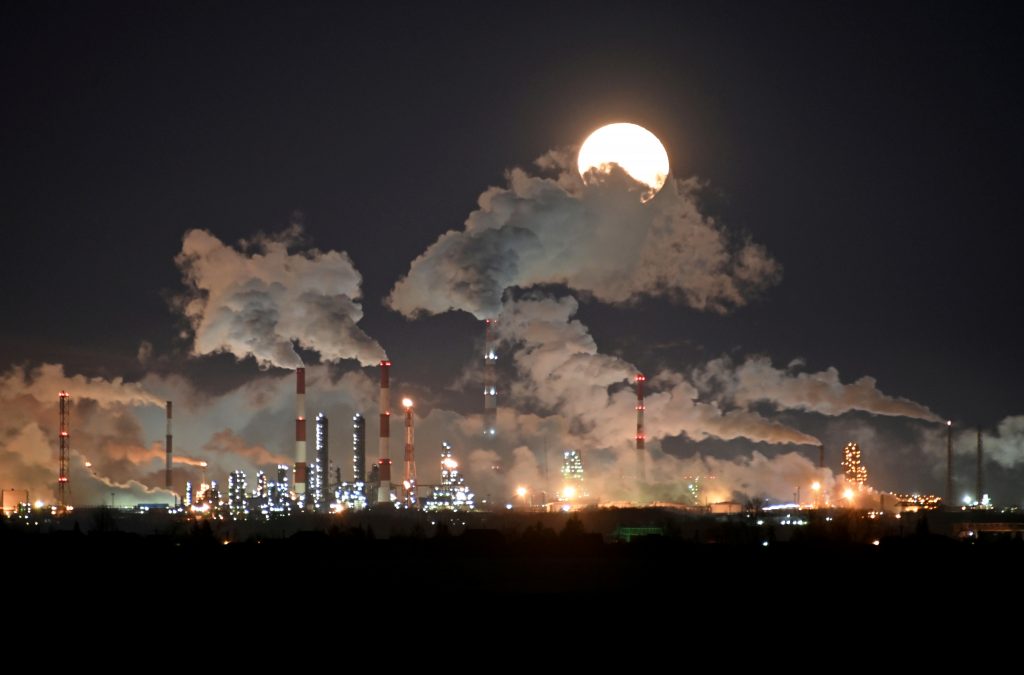 A major Russian military buildup on the border with Ukraine has recently sparked fears of a potentially dramatic escalation in the simmering seven-year conflict between the two countries. Although tensions have eased somewhat following Moscow’s April 22 announcement of troop withdrawals, the threat of a new Russian offensive remains.

What would be the likely objectives of any fresh Russian advances in Ukraine? Aside from power projection and the opportunity to leave Ukraine landlocked by cutting access to the Black Sea, Moscow could be seeking to seize the North Crimean Canal, which supplied Crimea with up to 80% of its fresh water supply until it was blocked by Ukraine in 2014. The Kremlin’s ultimate goal may be to gain control over Ukraine’s southern coastal regions and seize a continuous strip of territory stretching from Mariupol to Odesa, potentially linking up with Russian forces in the separatist region of Transnistria in Moldova.

So far, international sanctions have lacked sufficient bite to force a change in Russian behavior. In order to deter the Kremlin from any future military adventures in Ukraine, the Biden administration and America’s allies across the Western world should now consider putting pressure on Russia where it hurts. This means targeting the energy sector, which serves as Moscow’s cash cow. The US could look to develop bilateral and multilateral sanctions targeting four vital sectors of the Russian energy economy: oil and gas sales; financing; the exploration and production of oil, gas, and LNG; and technology imports.

It is true that that the latest round of US sanctions, specifically the restrictions on sovereign debt purchases, could spark ripple effects that may reverberate throughout the Russian energy sector. However, for maximum impact, the US and its NATO allies can skip the middleman and start directly targeting the oil traders.

Russian oil majors should become targets too. As part of the Trump administration’s Venezuelan policy, the US announced that Rosneft Trading S.A. and its president, Didier Casimiro, who is also the First VP of Rosneft, would be added to a financial blacklist. This move largely froze him and the company out of the global financial system and, shortly after, forced Rosneft out of the country. Of course, Rosneft sold its assets to companies controlled by the Kremlin, but the damage was done.

The US holds considerable leverage in this area, as Moscow’s hopes for China as a major market for Russian oil are unrealistic. China is not ready to explore and produce oil in Russia. The Chinese participate in the gas sector only where they can get a share in the volume of production, says Mikhail Krutikhin, a partner in RusEnergy consultancy.

LNG is another area where robust Western sanctions could take a heavy toll on Russia and significantly reduce any appetite for an escalation in Ukraine. LNG is the most rapidly-growing area in the Russian hydrocarbons industry, with the launch of the Yamal LNG plant in the Arctic and the Sakhalin 2 LNG plant, which has been in operation since 2009.

Russia is striving to become a global LNG producer with expectations of producing up to 140 million tons of LNG, double the volume currently produced by LNG behemoth Qatar. US sanctions specifically targeting access to foreign capital as well as Arctic offshore projects were directly responsible for ExxonMobil abandoning its joint ventures with Russia’s Rosneft in March 2018.

Russian plans in the hydrocarbon industry also still rely to a significant degree on foreign technology. The forthcoming Arctic LNG 2 plant by Novatek and its French, Chinese, and Japanese partners, for instance, has agreed to import solutions from a Franco-American services company, TechnipFMC.

Any new energy sanctions would be extreme measures in case Russia attacks Ukraine. Therefore, the catalyst for their implementation must be equally proportionate. In other words, such a geo-economic strategy should only be deployed in the event of a full-scale invasion of southern Ukraine or a military operation to capture the North Crimean Canal.

It is important to recognize that Europe is not the only strategic theater the US is focused on. Indeed, America is currently directing most of its power towards the Pacific. With this in mind, heavy lifting by the US on the European front is realistic only in case of an extreme scenario instigated by Russia. Instead, the most reasonable policy with regards to further Russian aggression in Ukraine would be US support for European actors to mitigate potential damage.

Luckily, events have yet to deteriorate to the point where a major military offensive appears imminent. Nevertheless, it is vital to put powerful deterrent plans in place now in order to reduce the possibility of a disastrous escalation.

The US is best-placed to lead such efforts. Ukraine still lacks the capacity to fight Russia. Germany would prefer not to get involved, while French President Emmanuel Macron remains inclined to favor “soft” positions on Russia. Meanwhile, Turkey and Poland have both recently beefed up their support for Ukraine, but they still lack the military and strategic resources to change the status quo.

Expanding US sanctions policy to target Russia’s energy industry remains one of the most powerful remaining tools available to the democratic world as it seeks to deter further Russian aggression in Ukraine.

Ariel Cohen, Ph.D., is a Non-Resident Senior Fellow at the Atlantic Council’s Eurasia Center and Director of the Energy, Growth and Security Program at the International Tax and Investment Center. David Pasmanik is a Research Assistant at EGS and Program Officer at the National Coalition Supporting Eurasian Jewry.