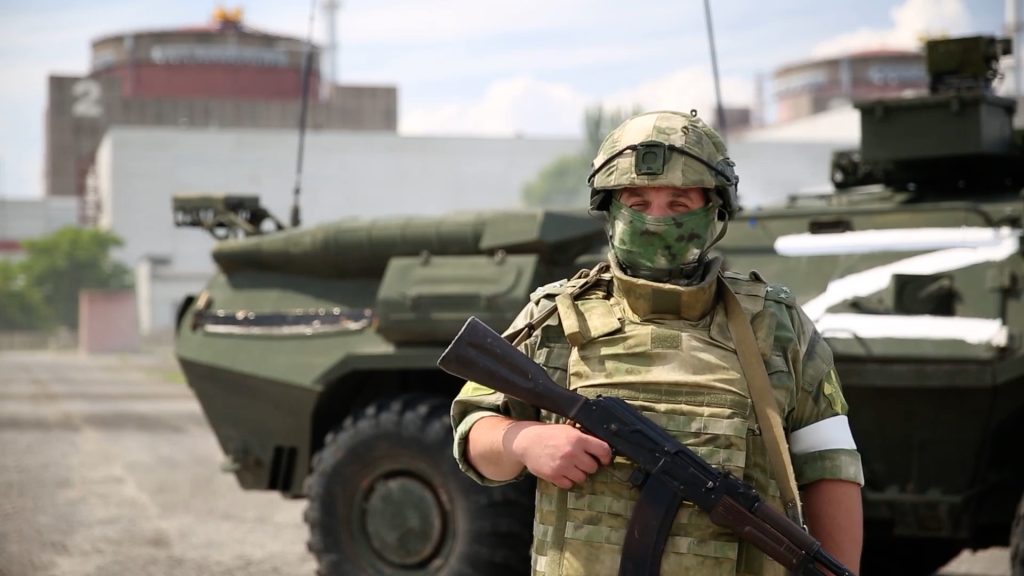 The United States and other Western governments are arming Ukraine to defend itself against Russian aggression, but so far they are only going halfway. This underwhelming approach could end in disaster.

The weapons and assistance the West currently provides will not allow Ukraine to recover its lost territory and decisively defeat Russia. In order to achieve that goal, Ukraine will require advanced combat aircraft, tanks and armored personnel carriers, multiple-launch rocket systems (MLRS), sustained funding and logistical support, and other weaponry. Without these, there is a danger that Ukraine will bleed and starve until it can no longer fight.

The arguments against providing this assistance rest on two flawed assumptions. The first is that providing Ukraine with more sophisticated weapons will cross a red line and provoke Russian President Vladimir Putin into risking nuclear war. The second is that the West needs to maintain a workable relationship with Russia.

Concerns over a possible nuclear war ignore the logic of nuclear deterrence and fail to take Putin’s own interests into account. Putin is homicidal, not suicidal. Using nuclear weapons risks uncontrolled escalation that could mean the end of his regime and of Russia itself. That is not a risk Putin is willing to take.

Russia’s “escalate to deescalate” doctrine is essentially nuclear saber-rattling to forestall Western intervention. It has proven successful due to fear and irresolution on the part of US and European leaders. For decades, nuclear deterrence has proven to be both stable and lasting. We have invested trillions in our nuclear systems and capabilities to build and maintain this deterrence. Why do we now no longer believe in its efficacy and durability?

Putin gambled on the invasion of Ukraine because he believed Ukrainian democracy constitutes an existential threat to his own regime in Russia, and because he doubted that NATO would intervene. This year’s invasion was the latest and most drastic step in Putin’s long-running campaign to remove the perceived threat posed by an increasingly democratic and Western-leaning Ukraine.

In 2004, Putin was accused of ordering the poisoning of Ukrainian pro-Western presidential candidate Viktor Yushchenko. A decade later in 2014, Russia invaded Crimea and eastern Ukraine’s Donetsk and Luhansk regions. Meanwhile, the Kremlin sought to weaken Ukraine with everything from gas cutoffs to cyber-attacks. None of these efforts succeeded in destroying Ukrainian independence or derailing the country’s Euro-Atlantic integration ambitions.

It is true that Ukraine’s persistence and US assistance infuriate Putin, but fury does not translate into suicide. Both Ukraine and the West can live with Putin’s fury indefinitely. Ukraine, however, cannot survive an indefinite war.

It is incorrect to assume that we need a workable relationship with Russia and that this imperative must transcend Ukraine independence and sovereignty. What exactly does the West need from Russia? Where does Russia cooperate with the United States now? In the UN Security Council? Not for decades. Counter-terrorism? That was always a myth. Putin defines as terrorists anyone and any organization that opposes his regime. Trade? Before the invasion, Russia was America’s twenty-sixth largest trading partner, while Russian markets accounted for only four percent of European exports. This trickle hardly represents an irreplaceable or invaluable relationship.

Energy is at the heart of the dysfunctional relationship with Russia. European and, above all, German dependence on cheap Russian energy has only served to encourage and finance Russian aggression in Europe. The same is true of Russian exportable commodities like wheat and fertilizer, which have been weaponized to discourage support for Ukraine and other threatened neighbors.

Russian behavior has shown conclusively that it is impossible to cooperate with an interlocutor who defines their success by our failures. We cannot play a positive sum game with a partner who plays zero-sum.

For years now, European leaders have implored us to “talk to Russia,” as though persistent pleading might ameliorate Russian intransigence and aggression. Many US academics and Russia experts have repeated this chorus. Years of negotiations since the 2014 seizure of Crimea did not bring peace. On the contrary, these endless talks set the stage for the current invasion and occupation of Ukraine.

By now it should be crystal clear that Putin does not want economic integration, a relaxation of tensions, or a constructive relationship with the West. All of those would deprive him of the main rationale for his autocratic rule. Indeed, if the United States and NATO did not exist, Putin would have to invent some other existential threat that would justify his dictatorship.

We should not be looking for an off-ramp to spare Putin’s feelings. Ukraine will not be secure until all Russian troops have left every inch of sovereign Ukrainian territory. That will not happen by negotiation or trade-offs. It will happen when the Ukrainian people reclaim their land and sovereignty by force.

Moreover, this war is about more than Ukraine. Putin has called into question the sovereignty of the three Baltic states, Georgia, Kazakhstan, and Moldova. The United States should make clear that consistent with the Charter of the UN and international law, it supports the territorial integrity and sovereignty of all states, including Russia. We expect Russia to do the same, and to suffer consequences when it does not.

Glenn Chafetz is a retired CIA officer. He currently teaches courses on Russia and Foreign Policy Decision-Making at the National Intelligence University and at American University. Richard D. Hooker Jr. is a nonresident senior fellow with the Atlantic Council. He previously served as Dean of the NATO Defense College and as Special Assistant to the US President and Senior Director for Europe and Russia with the National Security Council.

A new online educational initiative is aiming to decolonize Crimean history and challenge the problematic international tendency to view the lands of the former Soviet Union through a Russian prism.