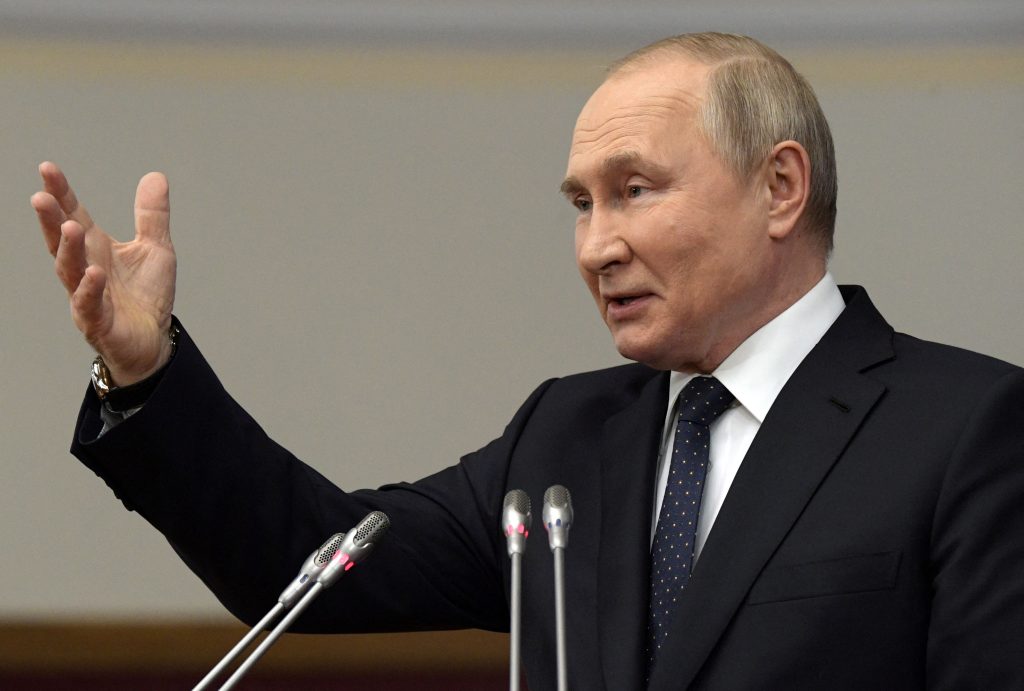 Most foreign policy realists continue to advocate caution over Ukraine. This approach is rooted in the entirely sensible argument that a direct confrontation between Russia and NATO could escalate to nuclear war. However, it is equally important to acknowledge that the West has a clear interest in Putin’s defeat and in enhancing its weapon supplies to Ukraine, whose armed forces have shown their determination to fight.

During the first two months of the war, foreign policy realism has shaped the international reaction to Russia’s invasion. Realists, thankfully, won the argument within NATO over dangerous proposals such as a no-fly zone over Ukraine or boots on the ground, which would likely have brought the alliance into direct conflict with Russia. Realists have also correctly pointed out that the West’s primary objective should not be regime change in Russia.

Conversely, realist pundits have often been vague about their support for Ukraine and especially on the issue of whether they believe enhanced arms deliveries are advisable. Common arguments favored by foreign policy realists include the necessity of a negotiated peace to avoid Russia’s further degeneration into a rogue state dependent on China; the need for concessions from NATO regarding Ukraine’s neutral status; the desirability of a compromise on Crimea and the Donbas to give Russia a necessary off-ramp for its military adventure; and warnings against overstretch by reacting to popular outrage.

The realist emphasis on some form of compromise settlement reflects an unwarranted degree of fatalism regarding Ukraine’s ability to defeat Russia militarily. Such thinking readily assumes that Ukraine is the weaker party which ultimately has no choice but to accommodate Russia or suffer further aggression.

In reality, Ukraine has exceeded almost everybody’s expectations over the past two months in terms of the country’s ability and will to defend itself. Most observers predicted that Putin’s invasion would end in rapid success, but the Ukrainian military won the Battle for Kyiv and compelled Russia to retreat from the north of the country.

At the same time, Russia’s renewed offensive in eastern Ukraine is a strong indication that the Kremlin remains committed to grabbing as much Ukrainian land as possible and is disinterested in any kind of compromise peace. Indeed, the current hostilities may not end with a negotiated settlement as many realists wish for, but with a huge new frozen conflict determined by the outcome on the battlefield.

It is now time for foreign policy realists to rethink their restraint and adopt an understanding of the conflict that better reflects the fighting spirit of the Ukrainian nation and the interests that drive Western countries to support Ukraine. The West does not have vital interests at stake which would require dying for Ukraine, but it has interests significant enough to enhance the delivery of weapons that could prove decisive on the battlefield.

NATO and the West have an unmistakable interest in halting Russia’s further control of the Black Sea and in weakening Moscow’s overall capacity to wage war, although it may be diplomatically wise not to publicly say so. In addition, Russia’s unprovoked aggression and widespread atrocities against Ukrainian civilians give the West a strong moral imperative to help Ukraine in its struggle for independence and survival.

Realism is most credible for the conduct of foreign policy when it acknowledges that interests can never be completely separated from values. Russia clearly crossed the post-Cold War Rubicon with its invasion of Ukraine. Since February 24, it has become impossible for the West to remain true to itself while continuing with pre-war policies of engagement. Likewise, the West cannot allow the defeat of Ukraine while it hesitates to provide the necessary weapons.

There is increasing clarity in Western capitals over the importance of Ukraine’s military success. This is evident in heavy weapons supply breakthroughs including last week’s overwhelming German Bundestag vote, the Polish delivery of more than 200 tanks, French commitments to supply artillery, and much more. The recent US Lend-Lease bill and the Ramstein conference underlined this growing commitment to maintaining a continuous flow of heavy weapons to Ukraine for as long as necessary.

These policies are not without risk. Indeed, Russia has threatened to target Western weapons convoys on several occasions. However, there is nothing to suggest that Moscow would dare to launch any attacks on NATO territory because that would likely trigger a direct NATO response. While Kremlin bluster is to be expected, Russia does not want to risk war with NATO. In that sense, Ukraine follows the pattern of limited war in the Nuclear Age, where the great powers seek to restrict armed hostilities to one territory.

There are limits to what Ukraine can realistically hope to achieve militarily against Russia. Kyiv might never be able to liberate Crimea or the breakaway republics in eastern Ukraine. As matter of its own survival, the Putin regime may be willing to defend these territories by declaring a general mobilization or threatening the use of nuclear weapons. Nevertheless, Ukraine will almost certainly need additional heavy weapon supplies to liberate recently occupied regions in the south of the country.

Looking ahead, NATO should certainly continue to refrain from a direct combat role in Ukraine. However, Western leaders should not be afraid of giving Ukraine the conventional weapons it needs in order to win a fight where the West has a significant interest.

Developments during the first two months of the war suggest that Ukraine can defeat Russia on the battlefield if it receives sufficient arms from its international partners. It is equally evident that Russia has no desire at this stage to end the conflict or enter into a negotiated peace. Acknowledging this, foreign policy realists should be bolder about what the West can do to deny Putin victory and punish Russia for its unprovoked aggression.

Henrik Larsen is a Senior Researcher at the Center for Security Studies at the Swiss Federal Institute of Technology Zurich.

Beyond Putin: Russian imperialism is the No. 1 threat to global security

Many Western leaders accuse Vladimir Putin of single-handedly sparking the current war in Ukraine but in reality the roots of the conflict are far deeper and reflect longstanding Russian imperial attitudes toward Ukraine.

Image: Russian President Vladimir Putin delivers a speech during a meeting of the Council of Legislators at the Federal Assembly in Saint Petersburg. April 27, 2022. (Sputnik/Alexei Danichev/Kremlin via REUTERS)