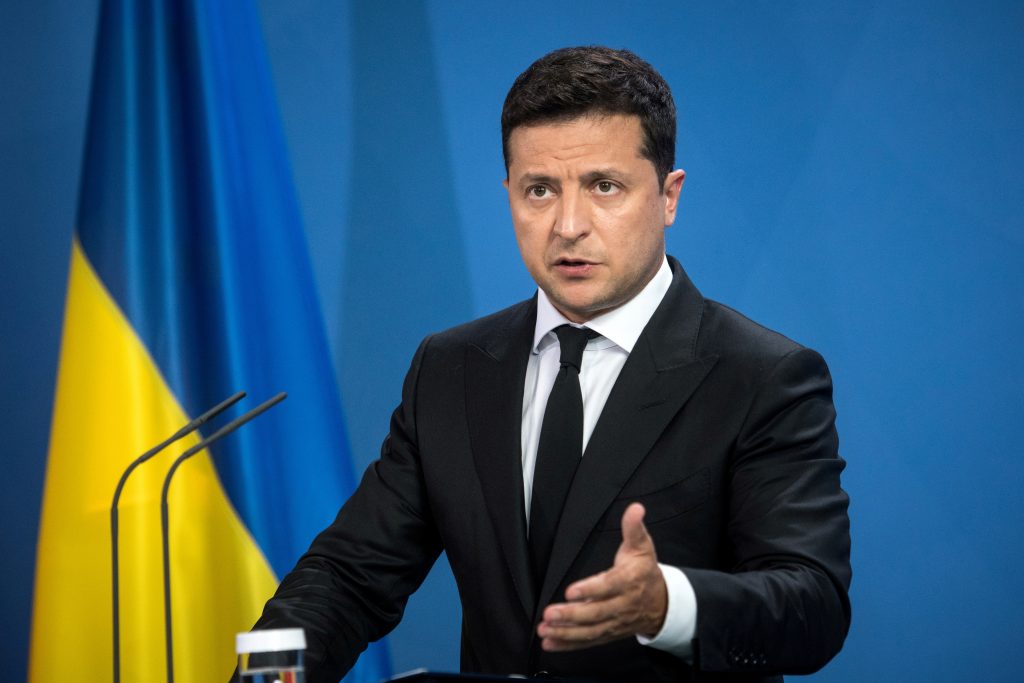 President Zelenskyy recently hit the headlines by claiming that a coup plot was underway against him and would take place on December 1. Instead, the day was marked by peaceful protests against Zelenskyy’s rule that saw thousands gather on Independence Square in downtown Kyiv to voice their dissatisfaction with the current authorities.

Protesters were particularly angered by what they saw as recent attacks on journalists by the authorities. This has left many questioning President Zelenskyy’s commitment to maintaining independent Ukraine’s hard-fought free speech gains.

Freedom of speech is widely seen as a core Ukrainian value, with outspoken criticism of the country’s elites deeply entrenched in Ukrainian national identity. Since regaining independence in 1991, Ukraine has gone through many ups and downs in the quest for free speech, but has emerged from three turbulent post-Soviet decades with one of the freest media environments in the former USSR.

Low points have included the killing of investigative journalist Georgiy Gongadze, whose disappearance and murder at the turn of the millennium sparked a wave of anti-regime protests. The most significant breakthrough towards free speech came with the 2004 Orange Revolution, when mass protests against election fraud helped expose government censorship of national TV channels.

Since the watershed events of 2004, no Ukrainian government has been able to put the genie of media freedom back in the bottle. Instead, the country’s information environment has become increasingly pluralistic and competitive. While continued oligarch control of virtually all media outlets creates a range of barriers to genuine journalistic objectivity, Ukraine has also witnessed the emergence of a new generation of investigative journalists focused on exposing corruption and holding the country’s elite accountable.

This progress is now coming under threat from an unlikely source. When President Zelenskyy won election in 2019, he did so as a political outsider and as a self-styled member of the post-independence generation of young Ukrainians. His campaign was notable for its social media innovation, while his professional background in show business and political satire led many to believe he understood the significance of free speech and valued media freedoms.

At the halfway point in Zelenskyy’s presidential term, he now stands accused of repeating the tactics used by many of his authoritarian neighbors elsewhere in the post-Soviet region to muzzle the media and silence the opposition.

The decision in early 2021 to close down a series of Kremlin-linked Ukrainian TV channels was widely welcomed as an overdue national security measure. However, concern over the Zelenskyy administration’s broader commitment to media freedom is now growing.

One particularly vivid example was the move to open criminal proceedings against journalist Yuriy Butusov, just days after he was involved in a very high-profile spat with Zelenskyy during the Ukrainian President’s annual press marathon. Given the argumentative and openly disrespectful tone adopted by Butusov towards Zelenskyy, few were prepared to believe that the subsequent decision to target the journalist was unconnected.

During the same press marathon, Zelenskyy also attacked another journalist, Mykhailo Tkach, who had recently published an investigation into the birthday celebrations of Zelenskyy’s chief of staff, Andriy Yermak. This birthday party at a state residence in the Carpathian Mountains sparked outrage following claims that the President’s team had arrived using the State Emergency Service helicopters.

The Office of the President has also been accused of targeting numerous other journalists including Yanina Sokolova, who was interrogated by the security services after publishing documents related to the botched summer 2020 “Wagnergate” operation to capture Russian mercenaries. Meanwhile, TV host Natalia Vlashchenko was labelled “pro-Russian” following sharp criticism of Zelenskyy and his team on her talk show.

The accusations against Zelenskyy go beyond attacks on individual journalists and include allegations of pressure on opposition media. In recent months, a number of media outlets including TV channel Pryamyy have complained of undue pressure from the Office of the President. This has reportedly included attempts to dictate the participation of MPs from Zelenskyy’s Servant of the People party on certain TV shows.

President Zelenskyy and his entourage clearly do not respond well to criticism. Rather than address the issues raised by critics, it seems the preferred approach is to increase the pressure on journalists and media outlets. In this context, Zelenskyy’s recent anti-oligarch legislation is particularly alarming. The law is open to interpretation and could easily become a tool for controlling the media while claiming to be crusading against oligarch influence.

As any student of history will confirm, attacks on the media are a traditional early step on the slippery slope towards authoritarianism. Indeed, when Vladimir Putin first became president of Russia in 2000, one of his first moves was to crush the country’s fledgling independent media. As Benjamin Franklin famously wrote, “Whoever would overthrow the liberty of a nation must begin by subduing the freeness of speech.”

Zelenskyy’s recent actions have now set alarm bells ringing in Ukraine. The country’s free speech gains of the past two decades are at the heart of Ukraine’s progress, but they are not irreversible and cannot be taken for granted.

Image: Ukrainian President Volodymyr Zelenskyy has this week vowed to prevent judicial reform from being derailed. (Stefanie Loos/Pool via REUTERS)