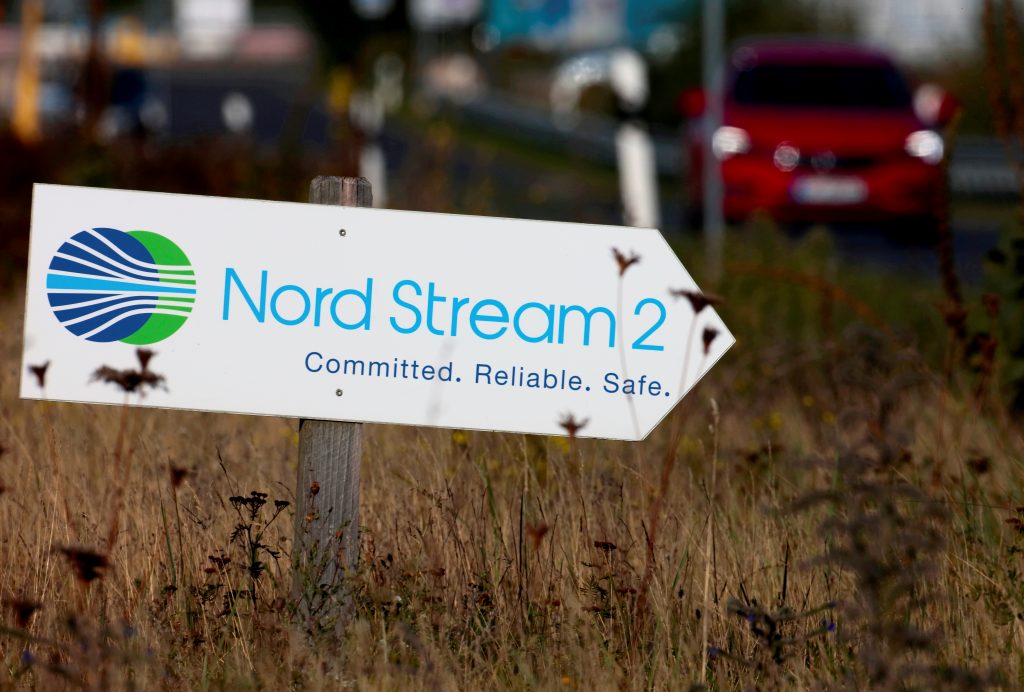 Although much anticipated, sanctions against Russia adopted by the US in April did not include curbs on Nord Stream 2. The project, a highly contentious Russian gas corridor designed to divert transit flows away from Ukraine to Germany, has stirred discontent on both sides of the Atlantic.

US Secretary of State Antony Blinken has described it as a geopolitical project designed to weaken Europe, while the European Parliament has adopted a resolution calling for it to be stopped immediately.

While it is clear that, at least at the rhetorical level, there is strong opposition to Nord Stream 2, it is less certain whether concrete measures will be taken to stop it altogether. So far, the delays have worked in Russia’s favor. The Kremlin continues pipe-laying in the Baltic Sea and may finish the project before the end of the year if no new curbs are adopted.

If the pipeline is completed and becomes operational, the outlook for Ukraine and wider European gas markets will raise concerns. This is not just for the reasons that have been repeatedly quoted, such as Ukraine’s loss of transit revenue and greater exposure to potential Russian military aggression, but also because of fears over supplies to Ukraine’s internal market and the ability of European companies to access Ukrainian storage facilities.

Since 2015, Ukraine has been relying on reverse flows from Hungary, Poland, and Slovakia to cover a third of its domestic demand after Kyiv stopped Russian gas imports altogether. These volumes were in fact Russian gas transited via Ukraine into the three neighboring countries where, according to EU rules, they changed title and were partially reversed as Hungarian, Slovak, or Polish-sourced gas back into Ukraine depending on domestic demand.

The quantities were initially redirected physically. Later, as Ukraine’s legacy transit deal with Gazprom expired in 2019 and new contracts were signed with the Russian producer and countries relying on supplies, the Ukrainian gas grid operator GTSO and its Hungarian and Polish counterparts agreed to introduce virtual interconnection points to help streamline operations.

This meant that rather than exporting Ukrainian gas into Hungary or Poland and then reimporting physical molecules, volumes would be netted out so Ukraine would retain some of the quantities for its own needs and transit the rest to neighboring states. There are no similar agreements with neighbouring Romania and Slovakia, with the latter still physically exporting the gas back into Ukraine.

If Nord Stream 2 becomes operational and shipments are diverted to this new corridor, Ukraine’s existing arrangements for physical and virtual reverse flows with Hungary and Poland would have to be reviewed. Virtual reverse flows cannot apply unless there is physical gas shipped through the pipeline.

Meanwhile, in the case of Hungary and Poland, the available border capacity is interruptible, which means there may not be guaranteed constant exports into Ukraine. In Slovakia’s case, the daily interconnection capacity is firm, allowing Ukraine access to guaranteed border import capacity of 27 million cubic metres/day. While Ukraine has an option to import close to 10 billion cubic meters of gas from Slovakia annually, it cannot rely on a single route to cover internal demand.

The lack of border capacity may also spell problems for European companies, which last year injected 10 billion cubic metres into Ukrainian storage facilities as demand plummeted and EU countries faced a supply overhang. Ukraine became Europe’s safety valve, with more than 100 EU-based companies able to use its vast underground facilities precisely because they had access to transmission capacity from Hungary, Poland, and Slovakia to ship the gas into the country.

If Nord Stream 2 is completed and transit is diverted away from Ukraine, the available border capacity between Ukraine and neighboring EU states may shrink, limiting the possibility for European companies to import and store gas in Ukraine.

A USAID report published in March 2021 found that Ukraine and Poland could integrate their markets, and recommended the establishment of firm capacity on the border from 2023, when Poland’s own Russian supply contract ends. The report noted that subject to investments, GTSO would be able to off-take 6bcm/year. This would allow Ukraine to access natural gas from Poland sourced either as LNG or as pipeline gas.

The Ukrainian grid operator GTSO is expecting to carry out reconstruction works on the Drozdovichi Polish cross-border point and the Komarno compressor station to allow firm entry capacity of up to 20.5mcm/day. These works would have to be reciprocated on the Polish side to allow bidirectional firm flows and help clear existing congestion. However, the report found there was no evident plan by the Polish grid operator Gaz-System to establish firm capacity on the border with Ukraine.

Ukraine has also been in talks with the Hungarian gas grid operator FGSZ, expecting to establish firm border capacity that would allow the creation of a corridor linking the Croat LNG Krk terminal to Ukraine, but concrete steps are yet to have been announced.

Neighboring Romania could provide ample border capacity, as the country has no less than five interconnection points with Ukraine. However, the transmission system operator, Transgaz, has so far agreed to sign only one interconnection agreement with GTSO and has been delaying making similar arrangements for the remaining four.

Last year, Romania paid the highest price for Russian gas imports in the EU and is expecting to remain a premium market in 2021 as internal production is declining and its import capacity is limited. Additional border capacity would work in both countries’ favor.

In 2020, ten companies from Hungary, Moldova, Poland, and Slovakia injected gas into Ukrainian storage facilities along with dozens more registered in the EU. Expanding border capacities between these countries and Ukraine would bring even more flexibility to the European market while increasing revenues from reserved capacity fees for transmission operators.

Working with Ukraine now to expand and guarantee firm capacities on the country’s borders with all EU member states irrespective of the Nord Stream 2 project’s fate should be a priority not only for Kyiv, but also for Europe as a whole.