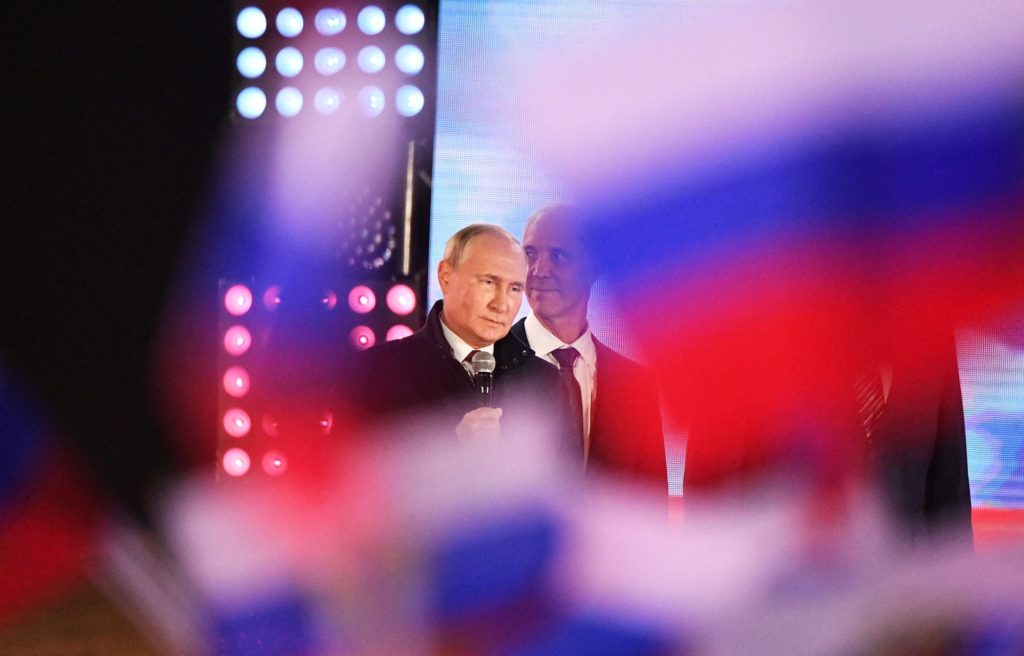 Vladimir Putin marks his seventieth birthday on October 7 but the Russian ruler has little reason to celebrate. For much of his 22-year reign, Putin has been credited with rejuvenating Russia and returning the country to the forefront of world affairs following the humiliations of the 1990s. However, his decision to invade Ukraine has made him personally toxic and left Russia more internationally isolated than ever. In less than one year, Putin the Great has become Putin the Pariah.

Few could have envisioned this turn of events on February 24 when Putin launched his attack on Ukraine. Most observers in Russia and the West confidently expected Ukrainian resistance to collapse in a matter of hours, allowing Moscow to install a Kremlin-friendly puppet in Kyiv. This was to be Putin’s greatest achievement, correcting what he and millions of Russians fervently believed to be the injustice of the post-Soviet settlement.

Unfortunately for Putin, Ukraine fought back. The courage and determination displayed by the Ukrainian nation during the tumultuous first days of the invasion won the admiration of the watching world and transformed international perceptions. A conflict that Putin had sort to portray as a “Special Military Operation” to address legitimate Russian security concerns was now widely recognized as a brutal and entirely illegitimate war of imperial conquest.

Russia’s battlefield fortunes have continued to deteriorate ever since. Putin’s army was beaten in the Battle of Kyiv and forced to retreat entirely from northern Ukraine. The Ukrainian Armed Forces then fought his troops to a standstill in eastern Ukraine and have since achieved stunning counter-offensive successes on both the eastern and southern fronts. Moscow has suffered staggering losses including tens of thousands of soldiers and dozens of commanders. The once vaunted Russian military has become a laughing stock, its tanks towed away by Ukrainian tractors and its frequent retreats disguised as “goodwill gestures.”

This has taken a heavy toll on morale. Fleeing Russian troops have abandoned so many vehicles and arms depots that Moscow is now officially Ukraine’s main weapons supplier. With large numbers of Russian troops simply refusing to fight, Putin was recently forced to introduce draconian new penalties for deserters while also announcing Russia’s first mobilization since World War II. It not clear whether these desperate measures will enable Putin to stop the rot within his army. International sanctions make it difficult for Russia to replace the vast amounts of equipment lost or expended in Ukraine, while many question the military value is poorly trained and demoralized conscripts against the increasingly well-armed and superbly motivated Ukrainians.

Putin’s woes are not limited to the battlefields of Ukraine. His rapidly unraveling invasion has also gravely undermined Russia’s international standing. Countries throughout Moscow’s traditional sphere of influence have been encouraged by the poor performance of the Russian military and are now openly defying the Kremlin.

Kazakhstan has sided with the West over the war and is at the same time drawing closer to China. In the southern Caucasus, Russia has been exposed as toothless amid a new flareup in the conflict between Azerbaijan and Armenia. The Baltic states have emerged as key champions of the Ukrainian cause and have imposed tough entry restrictions on all Russian citizens, while even Kremlin-dependent Belarus dictator Alyaksandr Lukashenka has resisted Russian pressure to join the invasion. At this stage, it looks like Ukraine will become the graveyard of Putin’s imperial ambitions.

The Russian dictator’s efforts to divide the West have also backfired. Transatlantic cooperation has been reinvigorated by the invasion of Ukraine, while Europe has responded to Moscow’s energy blackmail by slowly but surely moving to end its dependence on Russian oil and gas. Worst of all, NATO has expanded on Russia’s doorstep, with both Sweden and Finland abandoning decades of neutrality and applying for membership of the military alliance.

Even Putin’s traditional partners appear to be getting cold feet. The Chinese and Indian leaders have both recently expressed their concerns over the ongoing invasion of Ukraine, while only a handful of fellow pariah nations are currently prepared to stand with Russia during voting at the United Nations.

Putin’s current plight is all the more striking as it is almost entirely self-inflicted. His well-documented obsession with Ukraine has clearly clouded his judgment and led him into a series of disastrous decisions that have undone the progress made during the early years of his reign. This obsession is rooted in Putin’s conviction that the emergence of a genuinely independent Ukraine is an historical aberration that poses an existential threat to Russia itself. Haunted by the Soviet collapse, he is convinced that the consolidation of a democratic and European Ukraine will act as a catalyst for the next chapter in Russia’s imperial retreat.

Despite his best efforts to contain the conflict within Ukraine, there are signs that instability is indeed coming to Putin’s Russia. For now, the Russian public is largely voting with its feet. An estimated 700,000 Russians fled the country in the first two weeks following the announcement of mobilization. However, there are also indications of a mounting protest mood, particularly in poorer regions such as Dagestan where ethnic minorities have already suffered disproportionate losses during the first seven months of the invasion.

More worryingly for Putin, there is growing evidence of infighting among the Kremlin elite. In recent days, key regime loyalists such as Chechen leader Ramzan Kadyrov and the founder of the mercenary Wagner Group, Yevgeny Prigozhin, have launched highly unusual public attacks on Defense Minister Sergei Shoigu and the Russian military commanders leading the Ukraine invasion.

This rising tide of discontent is also evident on Russian state television. The carefully choreographed political talk shows that dominate Russia’s mainstream media are widely viewed as a barometer of the mood within the Kremlin. For months, the regime’s favorite propagandists remained upbeat about the war. However, the tone has become noticably darker in recent weeks following Russia’s bruising defeats in the Kharkiv and Kherson sectors. At present, the critics are focusing their fire on the military. However, if Moscow’s battlefield losses continue to mount, it is surely only a matter of time before the Russian public acknowledges that the problem is Putin himself.