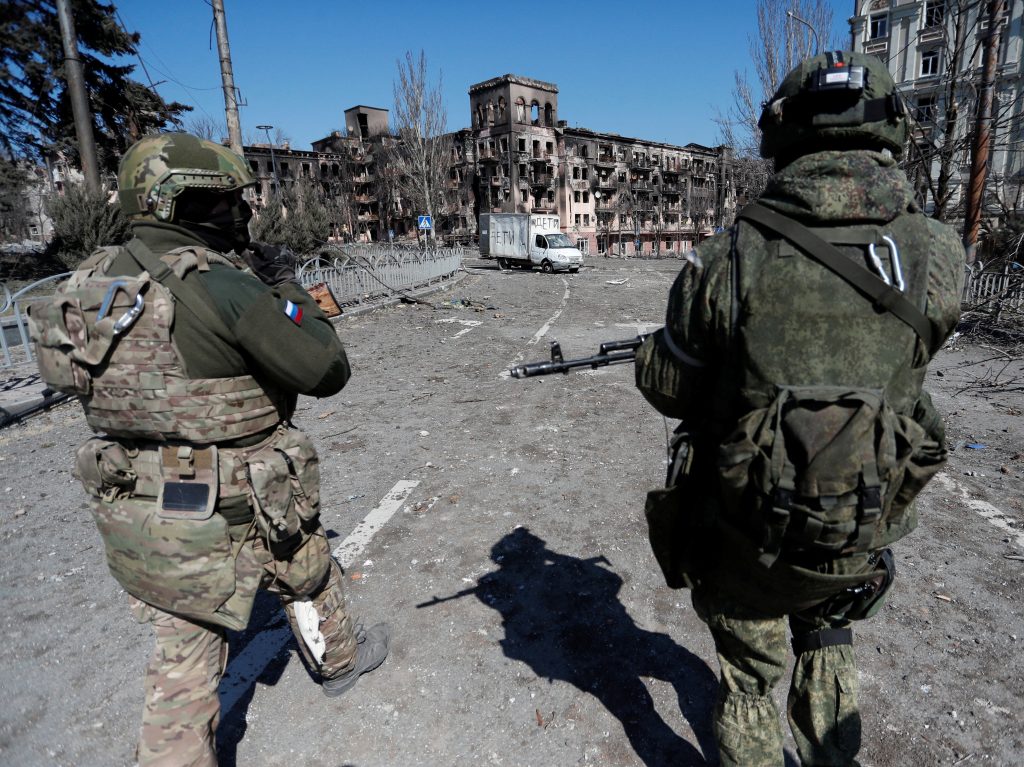 As demands grow for individual Russians including President Vladimir Putin to be held accountable for war crimes in Ukraine, one of the most common sentiments you hear is that those responsible, especially Putin, will never face justice.

As the first deputy in the US State Department’s Office of War Crimes Issues in 1997-2001, I heard countless times that war criminals like Slobodan Milošević, Radovan Karadžić, Ratko Mladić, top Rwandans involved in genocide, and Saddam Hussein would never be brought to justice. Eventually they all were. This needs to be the lesson.

The last time war crimes were committed in Europe on the scale now being revealed was in the 1990s in the Balkans, which led to the establishment of the ad hoc International Criminal Tribunal for the Former Yugoslavia and, much later, the permanent International Criminal Court. Many have forgotten how controversial those efforts were at the outset.

The quick reaction of many, then as now, has been to assume that the perpetrators of war crimes will never be brought to justice. Russia’s veto in the United Nations Security Council and Ukraine’s need to eventually make peace with Moscow are sometimes cited as reasons why there will never be accountability for Russian war crimes in Ukraine.

Some said then, as now, that efforts to achieve accountability could prevent peace, but diplomats in the 1990s found a way to finesse this, just as diplomats will today. Others argued then that it was necessary to prosecute at least some of those trying to rescue the victims of war crimes, meaning NATO in the Balkans and Ukrainian forces today. In the 1990s, after a credible investigation by the Yugoslavia war crimes prosecutor, that did not happen.

There are three lessons for both international justice advocates and perpetrators alike. First, it will take international perseverance to bring those responsible for war crimes in Ukraine to justice. This is what happened in the Balkans and Rwanda, where governments and non-governmental advocates combined with victims of war crimes to demand justice and scaled-up efforts to track down perpetrators. It took advocates both outside and inside governments to bring around a revolution in international priorities that led to accountability.

Second, perseverance can succeed. It took years to marshal the resources necessary to bring many of those responsible for war crimes in the Balkans to justice. Saddam Hussein was tried and convicted in 2006 by a free Iraqi government for crimes against humanity, some of which had taken place almost thirty years earlier.

Third, the demand for accountability is so strong that its direction cannot be foreseen, even if its ultimate goal is clear from a moment like now when war crimes are first exposed to the world. I was assured by many experts in the 1990s that it was inconceivable that US efforts to document Saddam Hussein’s crimes against humanity, which started in the 1980s but ramped up in 1998, would ever bear fruit. Nobody in the 1980s and 1990s foresaw that the September 11, 2001 al-Qaeda terrorist attacks against New York and Washington would lead to an invasion of Iraq in April 2003.

Just as importantly, by 2003, international justice advocates had so permeated the US government and Iraqis living in exile that accountability for Saddam Hussein and his top lieutenants was a core objective both of US policy and among Iraqi oppositionists who disagreed about almost everything else.

I was on the committee that developed the “deck of cards” of Iraqi war criminals and top regime leaders (not all of whom, it should be noted, were responsible for crimes against humanity). That effort and the efforts of heroic soldiers and jurists led to Saddam Hussein and his henchmen facing justice before a court that did not exist when the evidence of his crimes was first collected.

We do not yet know the full extent of criminal culpability for the crimes of Russian units against Ukrainians in the current war. A number of efforts are already underway to document the extent of those crimes. Investigators of the International Criminal Court, United Nations human rights bodies, nongovernmental organizations, and the Ukrainians themselves all deserve support and a chance to do their work.

Key facts to prove command responsibility, including the responsibility of Putin himself, are likely to already be in the hands of the Ukrainian government and Western intelligence agencies. That evidence needs to be preserved against the day it can be declassified and used in court, as happened with some of the intelligence collected during the 1990s Balkan wars. Fortunately, the “book” on how to do all of this is well understood today, compared with the ad hoc efforts we built up during the wars in the former Yugoslavia.

It is important that those motivated to commit war crimes and crimes against humanity receive an unambiguous message that they will need to look over their shoulders forever. It may deter some of them from committing more such crimes as Russia’s war in Ukraine continues.

Experience teaches that we can expect further revelations of Russian war crimes in the coming weeks as more Ukrainian territory is liberated. This should intensify the effort to collect evidence and make clear that there will be accountability. Experience also teaches that, eventually, justice will be done.