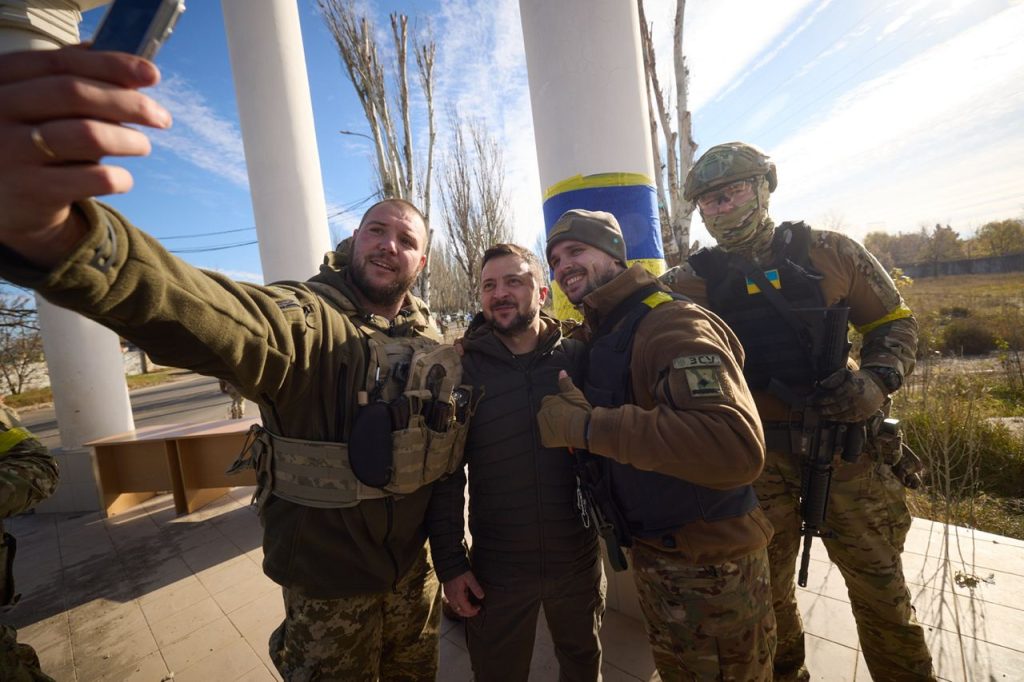 Russia’s invasion of Ukraine has underlined the security threat posed by the continued existence of a geopolitical gray zone on Europe’s eastern flank. For decades, countries such as Ukraine, Georgia, and Moldova have sought to distance themselves from post-Soviet Russia but have failed to achieve full integration into the Western world via membership of NATO and the European Union. Instead, these countries have received vague promises of future progress along with compromise measures such as the EU’s Eastern Partnership.

This has proved a costly blunder. By signaling to the Kremlin that they were not ready to integrate the countries of the former USSR, Western leaders encouraged Moscow to believe it could reverse the verdict of 1991. This set the stage for a new era of Russian imperial aggression, beginning with the 2008 invasion of Georgia and escalating dramatically since 2014 in Ukraine.

While the invasion launched by Vladimir Putin on February 24 is still far from over, both NATO and the European Union should already be planning the post-war integration of Ukraine. Over the past nine months, the Ukrainian army has demonstrated that it is more than capable of defeating Russia on the battlefield. However, military victory will not be enough to secure a lasting peace. The only way to prevent further Russian aggression and safeguard European security is by removing Ukraine from the gray zone it currently inhabits.

Encouragingly, some progress has already been made. In summer 2022, Ukraine was recognized by the European Union as an official candidate country. This decision was a step in the right direction, but acquiring EU membership remains a long and far more complex process than joining NATO. In contrast to the European Union, NATO has not yet offered Ukraine a Membership Action Plan (MAP), its equivalent of EU candidate status. Nevertheless, there are a number of reasons why the case for Ukrainian membership of NATO is now more compelling than ever. Many of the arguments behind earlier NATO hesitancy are no longer valid, while the war itself has served to highlight Ukraine’s growing suitability.

For many years, opponents of Ukraine’s NATO membership aspirations pointed to regional differences of opinion within the country as an obstacle to future integration. Recent research indicates that this is no longer a problem. An October 2022 poll found that in a future referendum, 83% of Ukrainians would vote to join NATO, with just 4% ready to vote against. Support for NATO membership ranged from 86% in the west and center of Ukraine to 81% in the south and 69% in the east. Other surveys conducted since February 2022 have produced similar results, illustrating how Russian aggression has united Ukraine and eroded regional divides on key national security issues such as NATO.

Fear of provoking Russian was another factor that traditionally deterred NATO members from deeper engagement with Ukraine. And yet Russia attacked Ukraine in 2014 and launched a full-scale invasion in 2022, despite the fact that there was no realistic prospect of Ukrainian NATO membership whatsoever. In reality, Putin was provoked into action by Ukraine’s relative isolation and the country’s ambiguous geopolitical position. NATO’s priority should be to remove this ambiguity and close the door on any future Russian imperial aggression by eliminating the dangerous gray zone on the alliance’s eastern border.

The partial Russian occupation of Ukraine has long served as a further reason for skeptics to question the feasibility of future Ukrainian NATO membership. If Ukraine now achieves its stated war aims and liberates the entire country, this will no longer be an issue. Even if the complete restoration of Ukraine’s territorial integrity proves more challenging, this should not necessarily prevent progress toward eventual membership. Any NATO members who remain unconvinced would be advised to recall how the alliance welcomed West Germany in the 1950s despite the fact that East Germany was under Soviet control and no border treaties had been signed. At the time, the democratic world understood that it would be reckless to leave West Germany in the gray zone. The same logic must now be applied to Ukraine.

Ukraine certainly has the democratic credentials to join the alliance. Six out of seven Ukrainian presidential elections since the country regained independence in 1991 have been internationally recognized as free and fair. The sole fraudulent presidential ballot in 2004 led directly to Ukraine’s Orange Revolution protest movement, which succeeded in overturning the rigged vote and served as a watershed moment in post-Soviet Ukraine’s democratic progress. Despite wartime restrictions introduced since the onset of Russian aggression in 2014, Ukraine’s democracy has remained vibrant and highly competitive. This was perhaps best highlighted by the landslide 2019 presidential election victory of Russian-speaking Jewish candidate and political outsider Volodymyr Zelenskyy.

Few would now question that the addition of Ukraine would enhance NATO’s military potency. Today’s Ukraine boasts Europe’s most battle-hardened army and knows how to defeat Russia. This experience would be invaluable to NATO and would serve as the basis for the alliance’s future training and strategic planning. With over half a million men and women in uniform, Ukraine also has the largest military in Europe.

The further integration of the Ukrainian armed forces would present relatively few practical challenges. Thanks to ongoing support received from Ukraine’s partners, the Ukrainian military is now partially NATO trained and NATO equipped. Ukraine has received large quantities of standard NATO weapons systems and put them to good use inflicting battlefield losses on Putin’s invasion force. Unlike many current alliance members, Ukraine more than meets the minimum NATO commitment of 2% GDP spending on defense.

It is now clear that NATO’s reluctance to offer Ukraine a clear membership perspective left the country geopolitically isolated and vulnerable to Russian aggression. The current war has debunked many of the key arguments against Ukrainian NATO membership while highlighting the advantages of welcoming the country into the alliance. As long as Ukraine remains trapped in a gray zone between Russia and the West, it will serve as a leading source of international instability. NATO membership is currently the only convincing solution to this geopolitical problem.

Taras Kuzio is a professor of political science at the National University of Kyiv Mohyla Academy and author of the forthcoming “Fascism and Genocide. Russia’s War Against Ukrainians.”

Image: Ukrainian President Volodymyr Zelenskyy takes a photo with Ukrainian soldiers following the liberation of Kherson. November 14. (Office of the President of Ukrai via Reuters Connect)