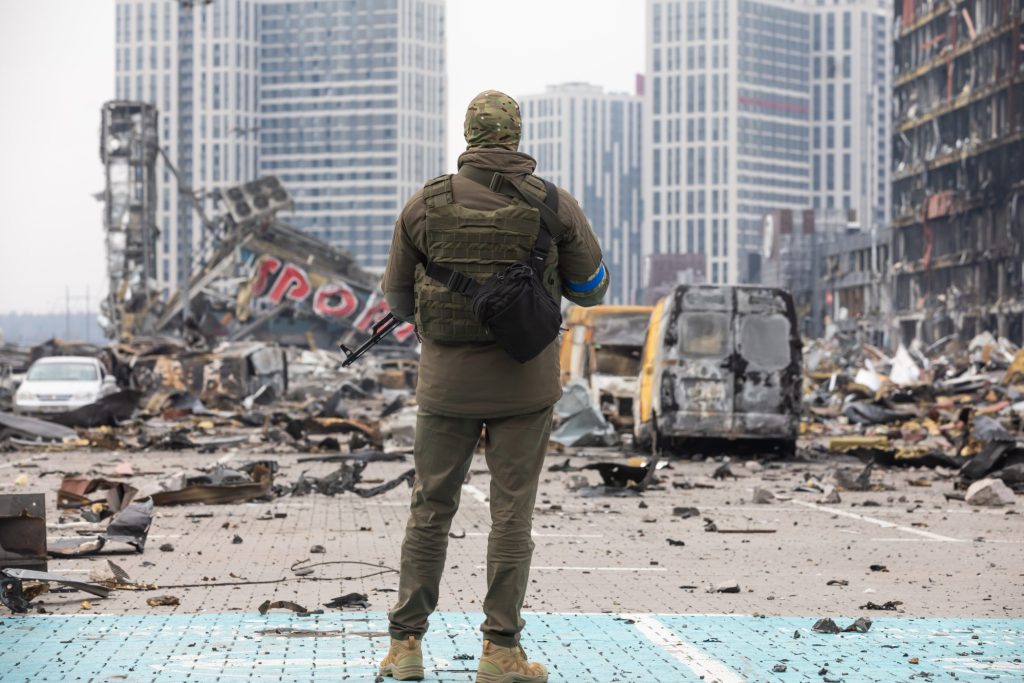 It is not too early to begin discussing Ukraine’s reconstruction. Indeed, various proposals, including estimates regarding the scale of the overall rebuilding project, are currently circulating. Moreover, it is already clear that getting this process right will prove critical for the future of both Ukrainian and European security. As well as funding reconstruction, the international community must also ensure the process actually strengthens Ukraine by revitalizing both its democratic and economic vibrancy.

The existential nature of the current war and the anticipated long-term scope of the post-war rebuilding challenge mean that the Ukrainian state is likely to enjoy wide-ranging regulatory powers for an extended period. Indeed, Kyiv has already reportedly invoked wartime laws to nationalize a number of strategically important companies including engine maker Motor Sich, energy companies Ukrnafta and Ukrtatnafta, vehicle maker AvtoKrAZ, and transformer producer Zaporizhtransformator. This is fueling speculation that we may soon witness further steps toward the wholesale nationalization of at the least the commanding heights of the Ukrainian economy.

Admittedly, Ukraine’s recent nationalizations may be justified due to the exceptional circumstances created by Russia’s ongoing invasion. At the same time, it is also true that anti-oligarch policies adopted by the Ukrainian authorities before the war were inconsistent, despite President Zelenskyy’s claims that de-oligarchization is a major national priority.

There is no doubt that wartime nationalizations undermine the political power of the oligarchs while augmenting that of the state. One could thus argue that such takeovers serve a democratic as well as a military purpose. But if Ukraine is to strengthen its democracy and become fit for EU membership, it might be better to ultimately eschew ownership of energy providers and key companies in the defense, telecommunications, and media sectors.

In this context, it is important that wartime nationalizations take place as a last resort when all other legal means prove to be ineffective. Any nationalization that does take place must be transparent. Failure to meet such conditions could cost Ukraine dearly, not least when it comes to the distribution of recovery funding, which is likely to be released only on condition that Kyiv meets tough rule of law commitments.

There are also practical issues to consider. It is vital that any nationalizations do not exceed the state’s capacity to manage targeted companies effectively in both war and peacetime. It is true that many if not most European energy companies are state owned or managed. However, if the Ukrainian state is not able to govern effectively and manage these firms fully and impartially because the economy is in ruins due to the wanton destruction inflicted by Russia, then Ukraine runs the risk of falling back into oligarchic domination.

Since secure property rights are an essential pillar of both democracy and a genuine market economy, Ukraine must prioritize safeguarding these foundational rights. Furthermore, it may take a long time to restore state capacity to the point where it can effectively manage these kinds of large firms.

Looking ahead, it might be wiser to encourage private and mixed public-private forms of ownership within the boundaries of a strong regulatory state and legislature. This approach could help consolidate democratic governance and the rule of law in post-war Ukraine. Coupled with Ukraine’s gradual compliance with EU membership requirements, such an approach would likely attract significantly more foreign investment and help generate faster economic growth.

At present, the temptation to nationalize key sectors of the economy is understandably great. But the authorities in Kyiv should also remember that once the war ends and the huge task of reconstruction gains pace, meeting the EU’s membership conditions will become equally urgent. In this light, the nationalization of key sectors of Ukraine’s economy could lead the country backwards to a lesser but still damagingly excessive role of the state in the economy. It could also provide opportunities for oligarchic penetration of the state and a revival of crony capitalism.

With the country’s continued existence still very much under threat, Ukraine’s leaders are currently focused on securing national survival and winning the war. Nevertheless, it is also vital to lay the foundations for a post-war recovery period that is likely to involve international investments amounting to trillions of dollars. This requires a deliberate approach to questions of nationalization and the right balance between public and private ownership in critical sectors.

It is crucial that decisions shaping Ukraine’s post-war revival are not based on purely partisan political grounds. Instead, they must take into account the necessity of consolidating democratic governance and creating the right conditions for a flourishing market economy based on the rule of law and secure property rights. This will invigorate Ukraine’s economy and strengthen the country’s security while also boosting the post-war process of European integration.