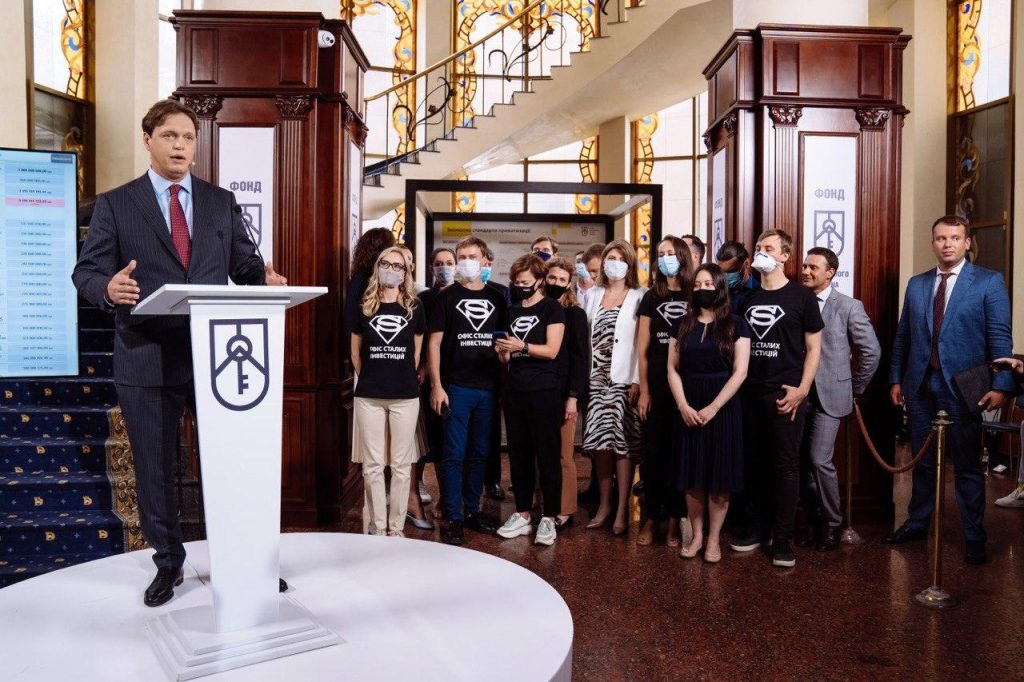 In late December, the Ukrainian parliament is set to consider a new bill prepared by the State Property Fund designed to improve the privatization process. The proposed bill, which involves changes to several dozen laws, is the latest step in an ambitious initiative begun in 2019 to sell off a large portion of Ukraine’s bloated and inefficient portfolio of state-owned assets.

Today’s Ukraine has more state-owned enterprises than virtually any of its neighbors in Central and Eastern Europe. Some are strategically important for the country, but there are many more that do not require state management. Furthermore, the sluggish and bureaucratic mechanisms that currently govern much of this portfolio make the state an inefficient owner, while making the enterprises themselves a burden on the budget and arguably the largest single source of corruption in the country. Clearly, continuing with the current approach makes little sense.

At present, 96 separate public bodies manage Ukraine’s 3644 state-owned enterprises. It is not difficult to image how challenging it is to oversee the management of this vast and unwieldy structure. Unsurprisingly, the common denominator linking many of these enterprises is inefficiency.

This inefficiency is expensive. When the State Property Fund got the first batch of 408 state-owned enterprises for privatization last year, less than one in ten was profitable. The rest were a collection of debt ridden and bankrupt enterprises or shell entities that only existed on paper. According to the Security Service of Ukraine, state-owned enterprises cost Ukraine up to UAH 170 billion (about USD 6 billion) in 2019.

The State Property Fund’s approach to this issue follows a simple logic. All non-core state assets that do not have a strategically important role in defense or other core areas must undergo privatization. This will minimize the corruption that is rampant within the state-owned sector, while reducing costs and generating revenue for the state budget. Most importantly, it will trigger economic growth, attract investment, and create jobs.

This bid to introduce efficiency into the state-owned sector relies on the political will of the president and the Ukrainian government, which has defined a transparent privatization policy as a priority. In our efforts to implement fair privatization processes, we are also supported and assisted by international partners such as the IMF, The World Bank, and the EBRD. Meanwhile, the Ukrainian public and business community back honest and effective privatization. There is considerable desire to move beyond the Soviet heritage of state ownership towards a modern market economy.

The State Property Fund is working to present a diverse investment menu to domestic and foreign investors. The privatization process is split into so-called small-scale assets with a value of up to UAH 250 million, and large-scale assets. Privatization auctions are held through the Prozorro.Sales online platform, a system that ensures bidding transparency and open access to participation. The State Property Fund ensures full disclosure of asset information. All documents become available to investors after signing a non-disclosure agreement. We are currently ready to offer investors over 800 assets for small-scale privatization including plants, hotels, buildings, unfinished construction projects, and storage facilities.

In terms of large-scale assets scheduled for privatization, their purchase at privatization auction is preceded by a preparatory process. We invite advisers from reputable and internationally recognized companies to participate in this process and carry out independent audits in order to ensure maximum transparency of all large-scale privatization assets.

There are currently 22 large-scale assets scheduled for privatization including enterprises in the mining, chemicals, machine-building, and energy industries. We are preparing the first privatization auctions of large-scale assets in the first quarter of 2021. However, this schedule depends on whether the Ukrainian parliament moves to adopt the new legislation proposed by the State Property Fund, which will unblock the process for holding such auctions.

To fully benefit from the investment potential of Ukraine’s state enterprises, we need to create conditions that will protect investors and provide them with confidence when choosing an investment destination. Creating the right legislative framework is the main requirement in this process. Therefore, one of the key priorities for the State Property Fund is the adoption of legislation that will protect the rights and interests of investors and the state to the fullest.

In order to achieve this, we brought together a professional team and accumulated the world’s best legal expertise. The resulting draft law proposes a series of amendments to 27 current laws of Ukraine relating to the country’s fiscal and budgetary codes.

The proposed new legal framework governing the privatization process in Ukraine aims to facilitate the process of referring enterprises for privatization while also meeting the interests of potential buyers. Moreover, the proposed legislation will grant investors the right to apply English law when purchasing state property of Ukraine, as well as guaranteeing the best available legal protections in case of any future controversies relating to the privatization purchase.

The comprehensive draft law worked out by the State Property Fund is now a matter for parliament. During my numerous meetings with domestic and foreign businesses, including many business associations, investment funds, chambers of commerce, and international embassies, I have been encouraged by the response. I remain convinced that these parties are all supportive of the changes envisaged in the new draft legislation. I hope Ukrainian MPs will now listen to the voice of business and adopt the appropriate legislative amendments.

Everyone is agreed that Ukraine needs investments. The country also needs efficient enterprises that will be capable of generating jobs and paying taxes. Privatization can be the key to achieving this efficiency. The key is already in the ignition. All that remains is to start the engine.