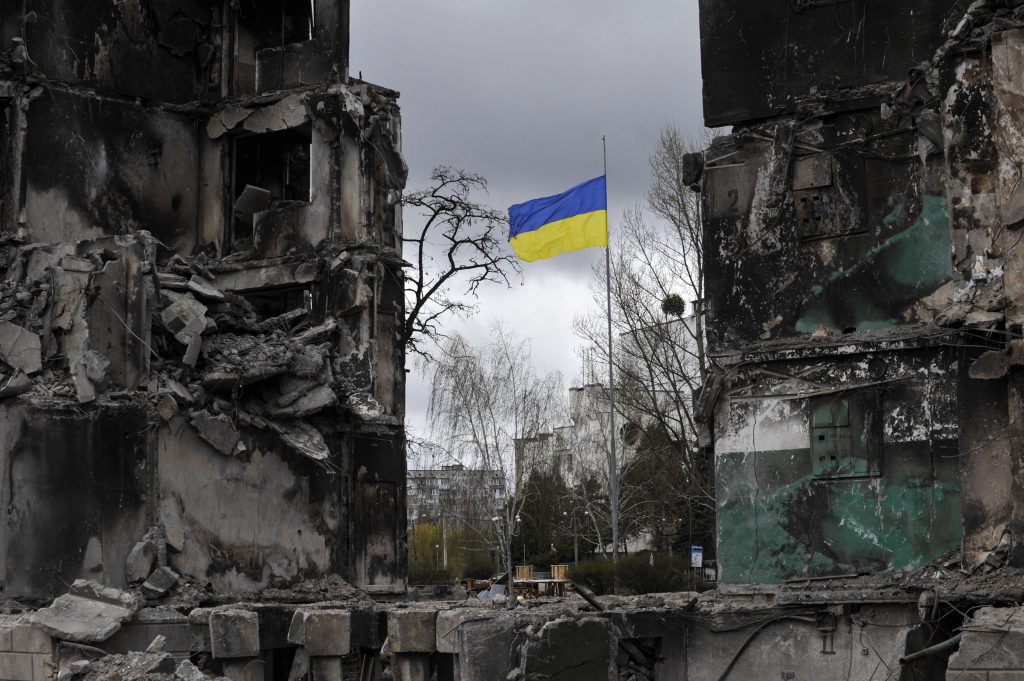 Just over 100 days ago, Russian President Vladimir Putin bet the house on war in Ukraine. Before February 24, Moscow occupied seven percent of the country; now it controls 20 percent. As a result of the aging autocrat’s decision to go in again, one-third of Ukrainians have fled their homes. Russian soldiers have committed unspeakable war crimes and crimes against humanity. Moscow has blocked all of Ukraine’s ports, choking Ukraine’s economy and putting millions of people across the globe at risk of starvation if the ban isn’t soon lifted.

Ukraine won the first phase of the war, but the next phase won’t be a cakewalk. Moscow wanted to take Kyiv in a matter of days and install a new leader. But Ukrainians pushed them out and Moscow has since refocused its invasion on the Donbas, where the fighting rages on.

There’s every reason to worry as public interest in the war flags, enthusiasm for taking in refuges may be waning in Central Europe, and more and more reports are issued daily saying that the Ukrainians are outmanned and outgunned in the Donbas. One newspaper estimates that Russian forces outnumber Ukrainian troops by a factor of 7:1, while one source in Dnipro puts the figure closer to 3:1. There are also reports that the Ukrainian side doesn’t have enough ammunition. President Zelenskyy estimates that 60-100 Ukrainian soldiers are dying every day, which is an astonishingly high rate.

Yet at the annual Globsec 2022 conference in Bratislava, Slovakia, one of the “gung-ho countries” to use Edward Luce’s memorable term, one could be forgiven for almost forgetting that the outcome of Ukraine’s war is not settled. Many of the panels and private discussions revolved around intricate discussions about Ukraine’s reconstruction, a colossal task, but by no means an assured one.

While photos of the war damage adorned the hotel hallways, many of the attendees wore yellow and blue ribbons and Ukrainian flag lapel pins, and Ukrainian musicians sang movingly each night, the overall atmosphere of the conference and the mood among Central European elites could be described as near Pollyannish. Not one panel focused on an actual military assessment or the grim reality in the Donbas.

One man brought us back to reality. Ukrainian Defense Minister Oleksii Reznikov spoke via Zoom and offered a sobering account of the state of play. He warned that Kyiv is outgunned in the Donbas and Moscow has an “unlimited supply” of ammunition.

Reznikov urged leaders to send heavy weapons in large quantities quickly and asked for multiple launch rocket systems, tanks, artillery, drones, anti-ship complexes, anti-aircraft and anti-missile defense systems. In straightforward but patient language, he urged European bureaucrats to speed up deliveries of weapons and warned that every delay means more dead Ukrainian soldiers. “The character of the war has changed, and we have different needs now,” he said.

Beyond arms, there are political worries. The European Union will decide on June 23 whether to offer Ukraine EU candidate status. Speaking to Globsec from Kyiv, President Zelenskyy urged the EU to confirm candidate status without delay. For her part, European Commission President Ursula von der Leyen agreed with Zelenskyy. “I think it’s not only our strategic interests, but it is our moral duty to make it possible that they [Ukraine] join our European Union,” von der Leyen said on June 2.

Some experts on the sidelines at Globsec told me that Kyiv will be granted EU candidate status but advised not get too excited because the status is more symbolic than substantive. Others worry that France, Germany, the Netherlands, Belgium, and Hungary will block Ukraine.

Another big war worry is Ukraine’s demographics. The country was losing people before the war and the situation has only gotten worse. Six million Ukrainians have left as a result of the war and mostly resettled elsewhere in Europe. Ivan Krastev, chair of the Centre for Liberal Strategies, said that if Ukrainians stay for more than a year, the likelihood that they will return drops sharply as children learn local languages and enroll in local schools.

The conference did shine by bringing Ukrainian voices into the discussion, although regrettably few heard some of the most compelling voices. Prime Minister Denis Shmyhal, Melitopol Mayor Ivan Fedorov, Mykolaiv Governor Vitalii Kim, and Kharkiv Mayor Ihor Terekhov all spoke movingly about the impact of the war on their cities and Ukraine’s reconstruction in private sessions and appealed to European governments to help. The task ahead is daunting. In Kharkiv alone, 150,000 people have lost their homes.

But before the West begins to construct elaborate reconstruction plans, which it should do, let’s keep the heavy weapons coming so Kyiv can win the war.

Reznikov put it best, stressing that Moscow “hasn’t abandoned its goal of capturing Kyiv and crushing Ukrainian statehood.” We should not be lulled into a false sense of euphoria after Kyiv’s initial victory. Much depends on how quickly we respond.

Putin’s Ukraine war relies on a series of propaganda myths that reflect modern Russia’s failure to break with its imperialistic past. If Europe wants to achieve a lasting peace, it must work toward a post-imperial Russia.

Appeasing Russia will not end the war in Ukraine or secure peace in our time. On the contrary, it will embolden Putin, prolong Ukraine’s pain, weaken the West, and destabilize the entire world, writes Stephen Blank.

Image: A Ukrainian flag in a damaged residential area in the city of Borodianka, northwest of the Ukrainian capital Kyiv. (Photo by Sergei Chuzavkov / SOPA Images/Sipa USA)