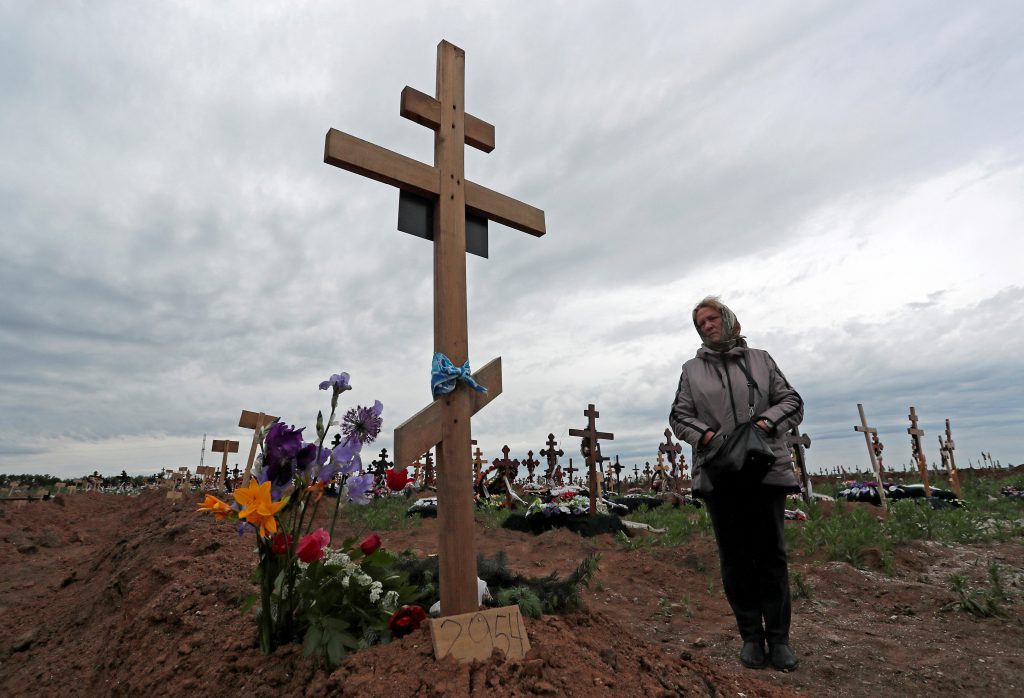 Around 20% of Ukraine is currently under Russian occupation. Along with the pressing military and human rights issues this creates, Russia’s ongoing invasion has also produced a range of public health challenges that require urgent international attention.

One of the key problems facing the Ukrainian authorities is a lack of access to information. Unfortunately, Ukraine’s Ministry of Health no longer has a comprehensive picture of the medical situation in occupied regions of the country. This makes it difficult to get insights and assess the scale of the healthcare problems in areas under Russian control. Nevertheless, assessments of the available evidence and an awareness of the general situation in Russian-occupied Ukraine can help identify the top priorities for Ukrainian and international healthcare professionals.

One of the most significant risks comes from the possible spread of pathogens. As temperatures reach seasonal highs throughout July and August, human contact with blood-sucking insects and ticks becomes more common. This often leads to the spread of infectious diseases.

Another major problem is limited access to drinking water. This increases risks posed by contaminated water and also makes it difficult for people in occupied regions of Ukraine to maintain desirable standards of personal hygiene and sanitation. This can cause mass outbreaks of diarrhea, hepatitis A, cholera, and other infections.

Due to Russia’s military strategy of carpet-bombing Ukrainian towns and cities into submission, basic infrastructure has been severely damaged in much of occupied southern and eastern Ukraine. Many areas now have limited access to drinking water, while remaining water supplies are often not subject to normal treatment.

The risk of a cholera outbreak is believed to be particularly high in Mariupol, a Russian-occupied Ukrainian port city in Donetsk Oblast with a pre-war population of almost half a million that was largely reduced to rubble during a brutal Russian siege. According to the Mariupol municipal authorities, the city’s 22 pumping stations were all destroyed during the fighting, while sewage treatment and drainage systems are also unable to function properly. Large numbers of dead bodies remain trapped beneath the rubble and are decomposing, further complicating the city’s precarious healthcare situation.

Russia’s invasion has displaced millions of Ukrainians and thrown large numbers of people together in ways that create potential for healthcare emergencies. Concentrations of children with different vaccination status during evacuation procedures risks fueling outbreaks of vaccine-preventable illnesses such as measles and diphtheria.

COVID-19 also remains an issue. Prior to the Russian invasion, only 35% of the Ukrainian population had been vaccinated, representing one of the lowest rates in Europe. A sharp increase in COVID cases could lead to overcrowding in hospitals at a time when healthcare facilities are desperately needed to care for military and civilian casualties.

Meanwhile, possible delays in the diagnosis and treatment of tuberculosis are a matter of considerable concern. In particular, if patients stop taking their medications due to impaired access to medical care in occupied parts of Ukraine, this can lead to a rise in cases of antibiotic-resistant tuberculosis.

Similarly, people living with HIV cannot afford to stop taking their medications. Skipping doses may lead to the reappearance of strains resistant to treatment which pose a high risk not only to current patients but to those who may contract the disease in the future.

Large numbers of abandoned livestock are further complicating the healthcare situation in wartime Ukraine and increasing the threat from animal-borne diseases. The uncontrolled movement of animals or their undisposed carcasses, as well as the destruction of wildlife habitats, can lead to the spread of pathogens among humans along with wild and domestic animals.

International support for Ukraine has so far focused on the provision of weapons along with humanitarian aid efforts for those displaced by the fighting. Looking ahead, it is vital that Ukraine’s partners also help to address the growing healthcare issues created by the Russian invasion.

The list of medical items currently required by Ukraine is long. This includes diagnostic kits, rapidly deployable field hospitals, immunobiological drugs for the treatment of the diseases like diphtheria, tetanus, botulism, and malaria, as well as vaccines for routine immunization (including against hepatitis A and cholera), disinfectants, portable water treatment systems, and means for pest control.

In order to establish a healthcare system capable of responding to epidemic risks, the Ukrainian parliament is set to finalize the second draft of a law on public health that features over 850 proposals from MPs and 400 proposals from international experts.

In preparation for the second reading, experts from the WHO, USAID, the Ukrainian Ministry of Health, and the Ukrainian Public Health Center are involved in finalizing the draft law. Considerable revisions remain before this law can be implemented. This sizable task will require further support from the international community.

Ukraine’s remarkable wartime synchronization with the electricity grid of continental Europe moved up a gear at the end of June with the landmark launch of commercial electricity exports to neighboring Romania.

Image: Natalia, 57, stands by the grave of her son at a cemetery outside Mariupol. May 22, 2022. (REUTERS/Alexander Ermochenko)